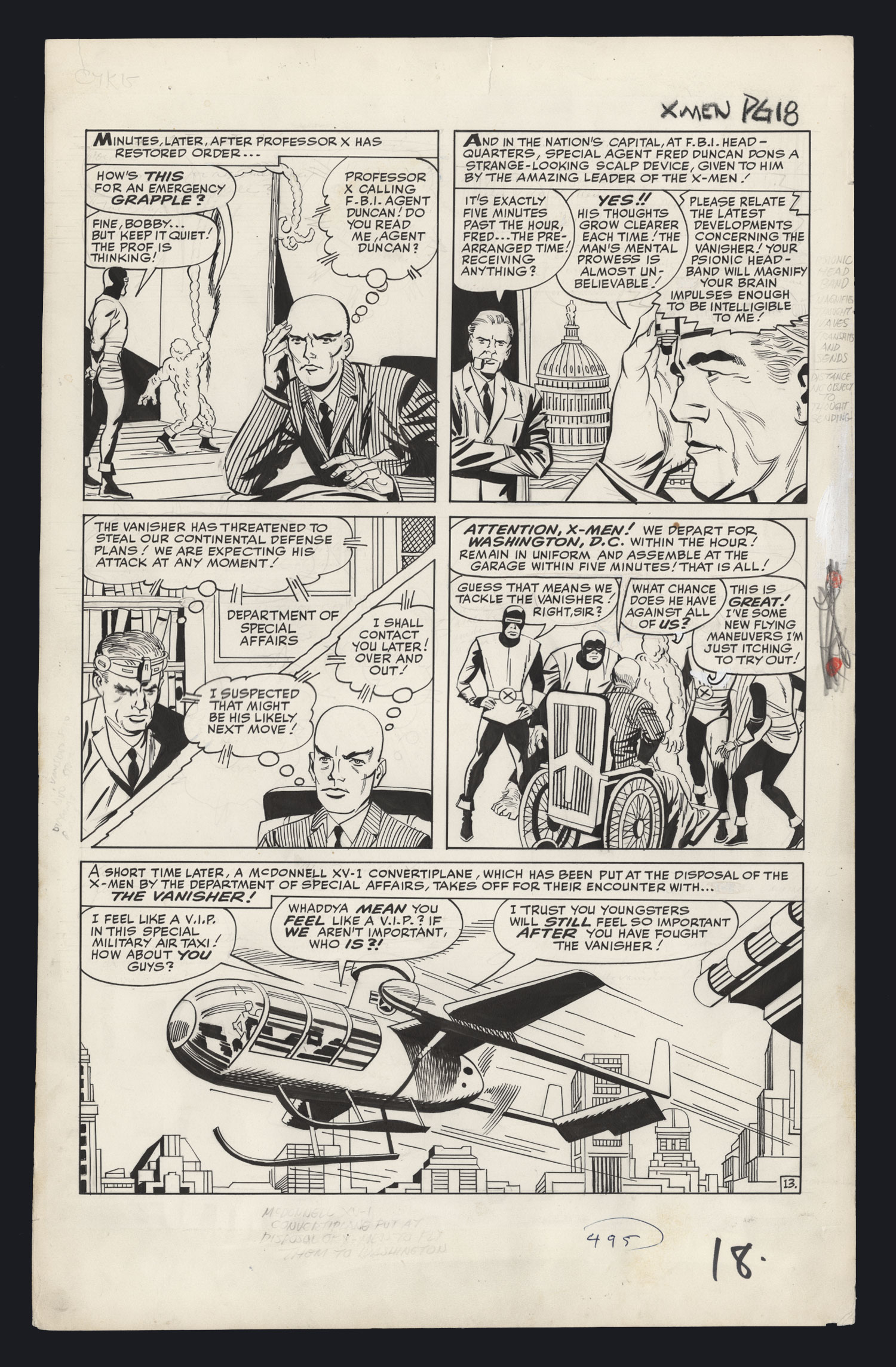 Watch
Pg. 13; "No One Can Stop the Vanisher" Jack Kirby pencils, Paul Reinman inks; 1963; 13.5" x 20"
Jon Berk CollectionX-Men #2 features the tale "No One Can Stop the Vanisher" during which the nascent team of mutant heroes, and their teacher, basically, stop the Vanisher. Don't be distracted by this obviously misleading story title and instead, concentrate on the fact that this page is from the second-ever issue of the X-Men, the comic that went on to launch myriad heroes, and an incredibly successful film franchise to boot. Jack Kirby is once again the man behind the pencil, as he, along with writer Stan Lee, launch another of their lasting pop-cultural icons upon an unsuspecting world. This is a true treasure of comicbook art, one which is sure to thrill both X-fans and Marvel collectors. ÿýÿýÿýÿý

ÿýÿýÿýÿýIf you are a new customer planning to make a first-time purchase over $25,000, please contact us 24 hours in advance of the item closing at 212.895.3999 or support@comicconnect.com so that we may approve your account for bidding. (This policy was instituted to protect consignors and bidders against bids from fraudulent accounts, and to ensure the integrity of the bidding process.) Once approved, please log out of your account and then log in, for the approval to take effect.ÿýÿýÿýÿý

ÿýÿýÿýÿýWe realize many of you would like to bid on this auction lot, so for this listing, ComicConnect.com offers a 6 month, interest free, time payment plan with a 20% non-refundable deposit. Time Payments invoices can only be paid by cash, check, money order or wire transfer. LEARN MOREÿýÿýÿýÿý