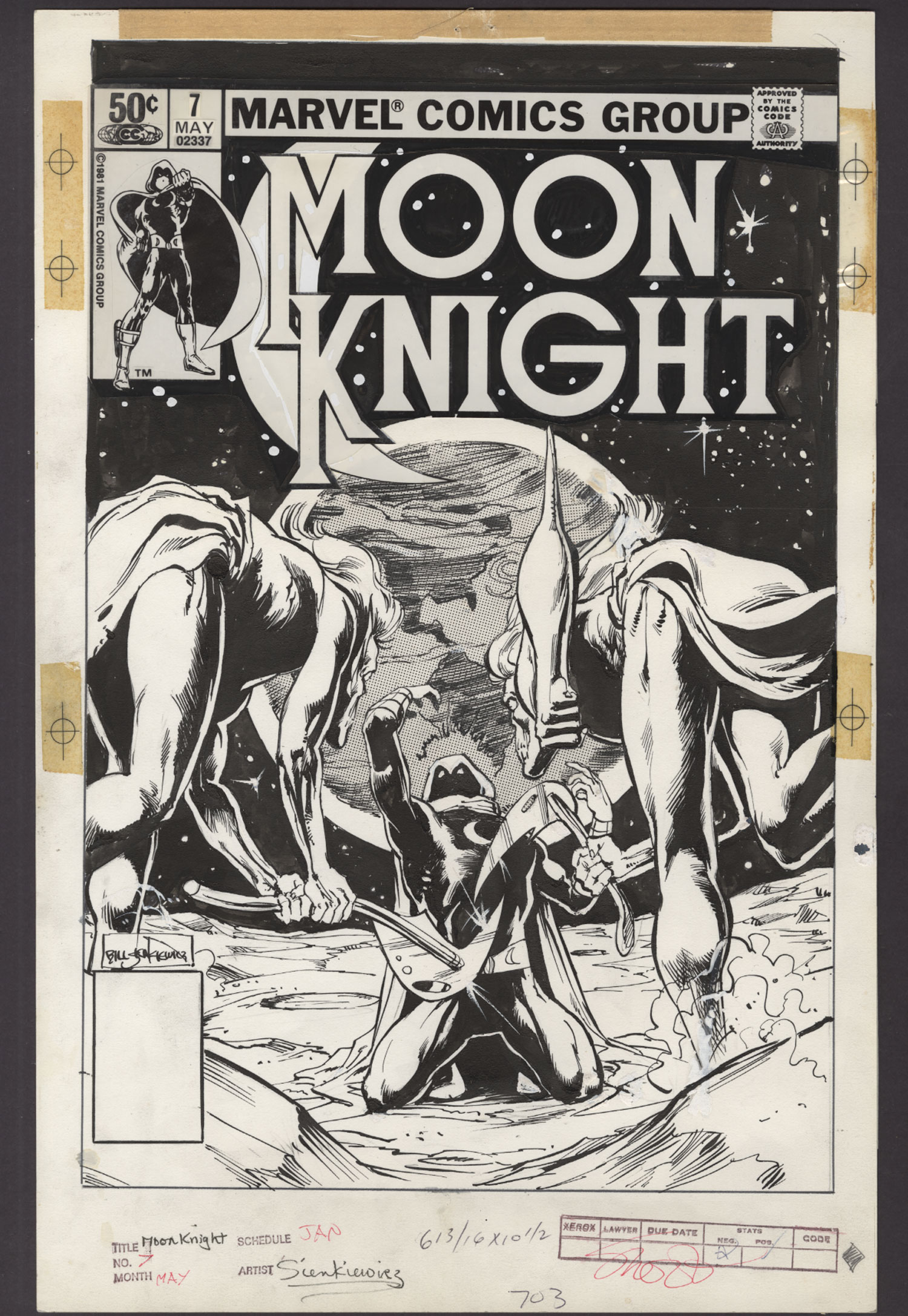 Watch
Bill Sienkiewicz pencils, inks and signed; 1981; 11" x 17" center text pasteup on vellum
Jon Berk CollectionEveryone at ComicConnect agrees, Marvel's Moon Knight character doesn't get the credit he deserves. From his spooky debut in Werewolf by Night #32 as Jack Russell's nemesis, to his well-loved run in his own title starting in 1980, Moon Knight has always been an under-the-radar hero but remained consistently engrossing to readers that stuck with him. Bill Sienkiewicz came into his own as a comicbook illustrator with Moon Knight. His clear Neal Adams influence is apparent in his pencils but as the title continued, Sienkiewicz started to expand his own style, encompassing a more graphic/fine art approach that would later include masterworks like Stray Toasters and Legion (now a hit TV series).

This cover from issue #7 is a great example of Sienkiewicz' mastery of pencil, brush, pen, depth, and foreshortening. His realistic drawing style sets him apart from most of his contemporaries of the time. Sienkiewicz art is in high demand and original published pieces, especially covers, are extremely hard to find. The sky is the limit on this piece, but whatever it sells for will be considered a steal in five years.