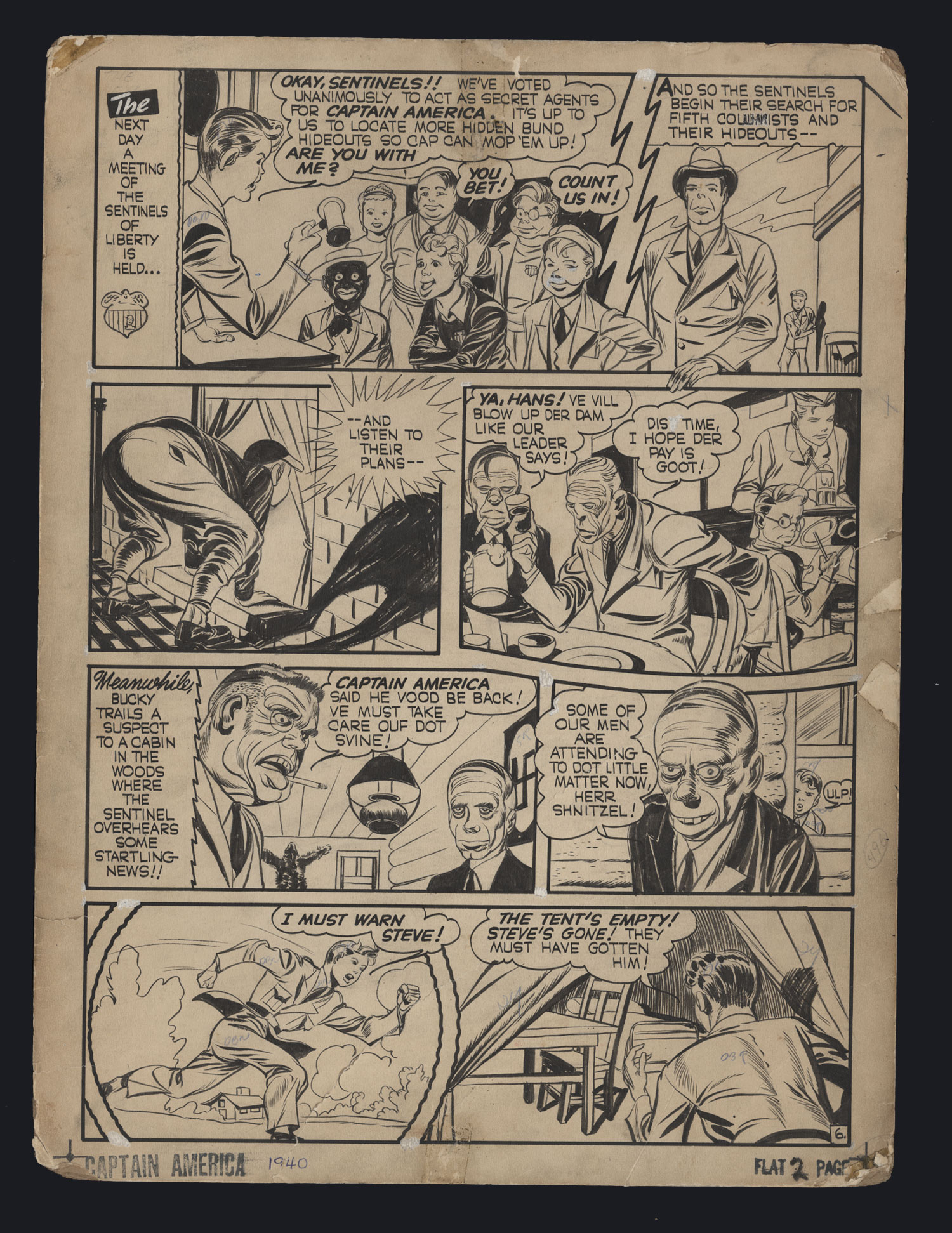 $15,000.00
Sold For
3
Offers
PUBLISHER: Timely
COMMENTS: Pg. 6; Jack Kirby pencils, Joe Simon inks; image size
From the story, Ringmaster of Death
Read Description ▼
Sell One Of These Inquire About This