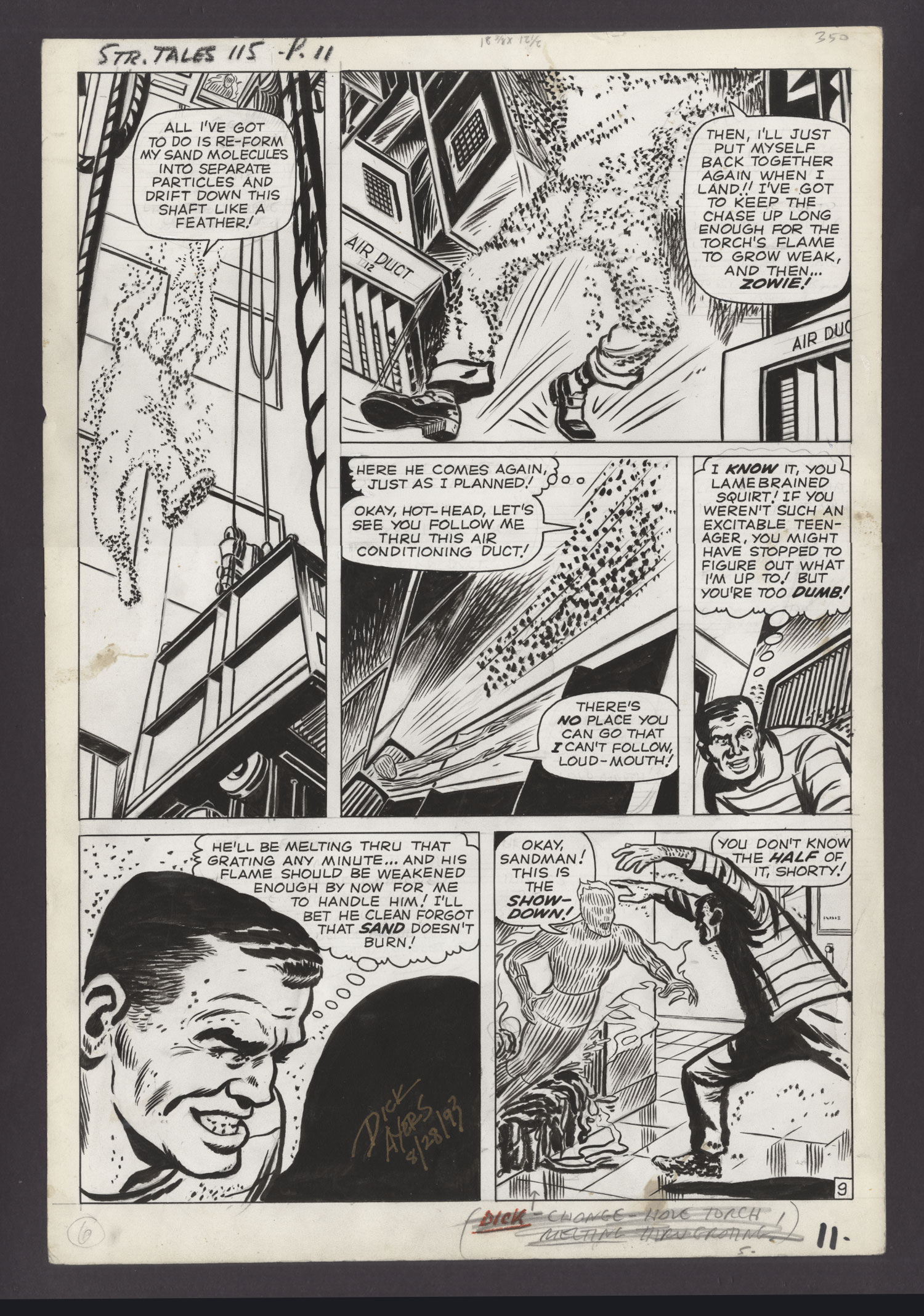 Watch
Pg. 11; "The Sandman Strikes!" Dick Ayers pencils and inks; 1963; 13.5" x 20"
Jon Berk CollectionStrange Tales #115 takes us through Dr. Strange's origin tale, as well as presenting the second appearance of Sandman. This page comes from the first story in the issue where Johnny Storm is summoned to the Baxter building and given his next mission: stop the recently escaped Sandman from terrorizing the city. Storm, clever as always, dresses up as Spider-Man in order to confuse his granular foe.

As Sandman thinks he's gotten the drop on Spidey, Johnny flames on, incinerating his disguise. Even after being doused with water and rendered powerless, Torchy still gains the upper hand and apprehends the ne'er-do-well just as the real Webhead arrives on the scene, both congratulatory and a bit jealous that Johnny might be a better crime fighter than he. This page is in lovely condition with great, dynamic panels of the hero and villain. The art is 100% Dick Ayers including his autograph from 1993, thirty years after the issue's initial publication.