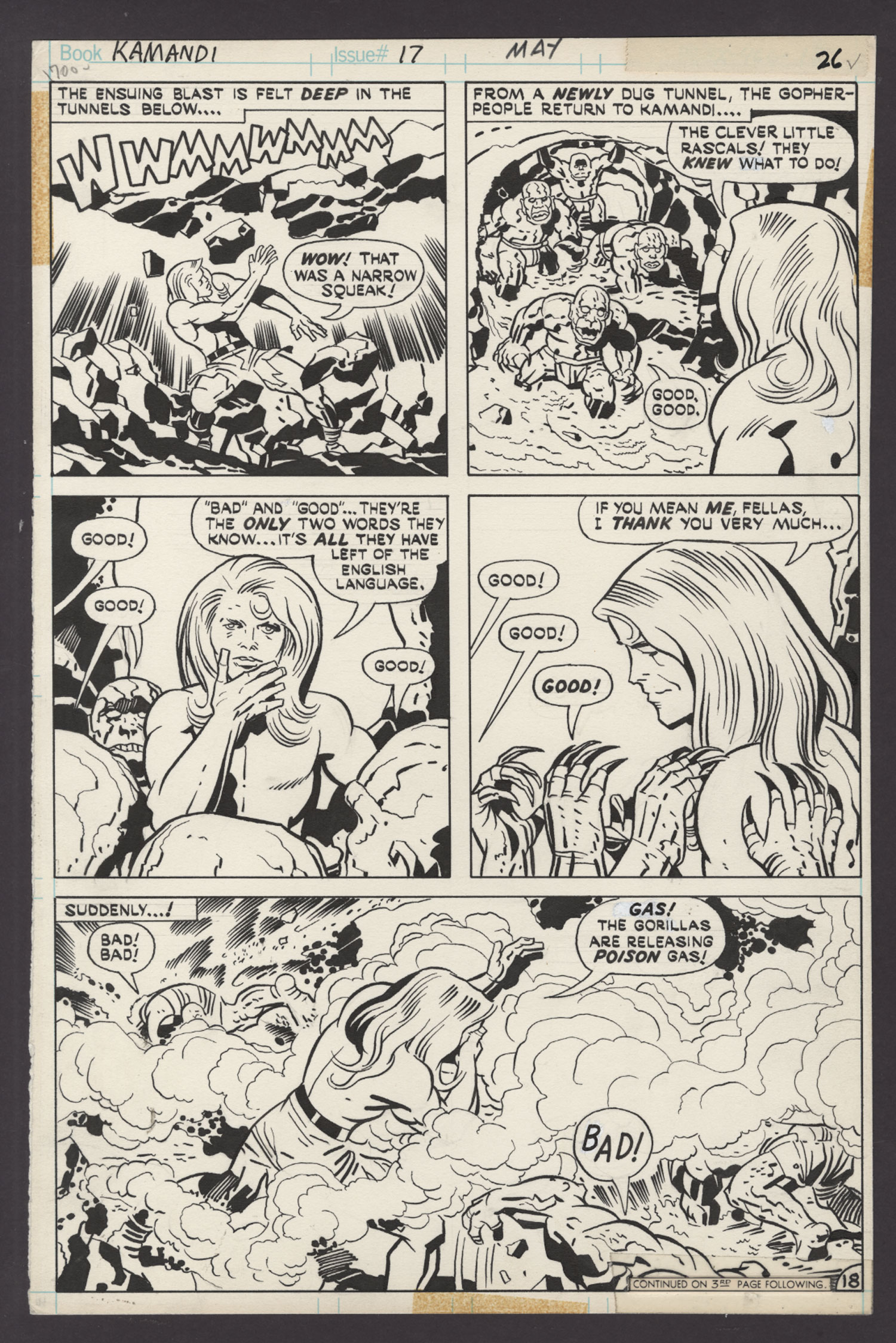 Watch
Pg. 18; Jack Kirby pencils, D. Bruce Berry inks; 10.5" x 16"DC Editor Carmine Infantino failed to acquire the license to publish Planet of the Apes comics, but with one of the greatest comic book creators that world had ever known in his stable, he simply turned Kirby loose. Jack had yet to see a film in the series, but he knew the rough outline. Luckily he had created a very similar story pre-dating the original Planet of the Apes novel called "The Last Enemy!" for Harvey Comics' Alarming Tales. Plus, as all good creators do, he held on to an unused comic strip from 1956, titled "Kamandi of the Caves". Resulting in what you see before you today, this wonderful page. Another beautiful example of the brilliance of Jack "King" Kirby with Kamandi in every panel! Inked by Bruce Berry.
Artists Information