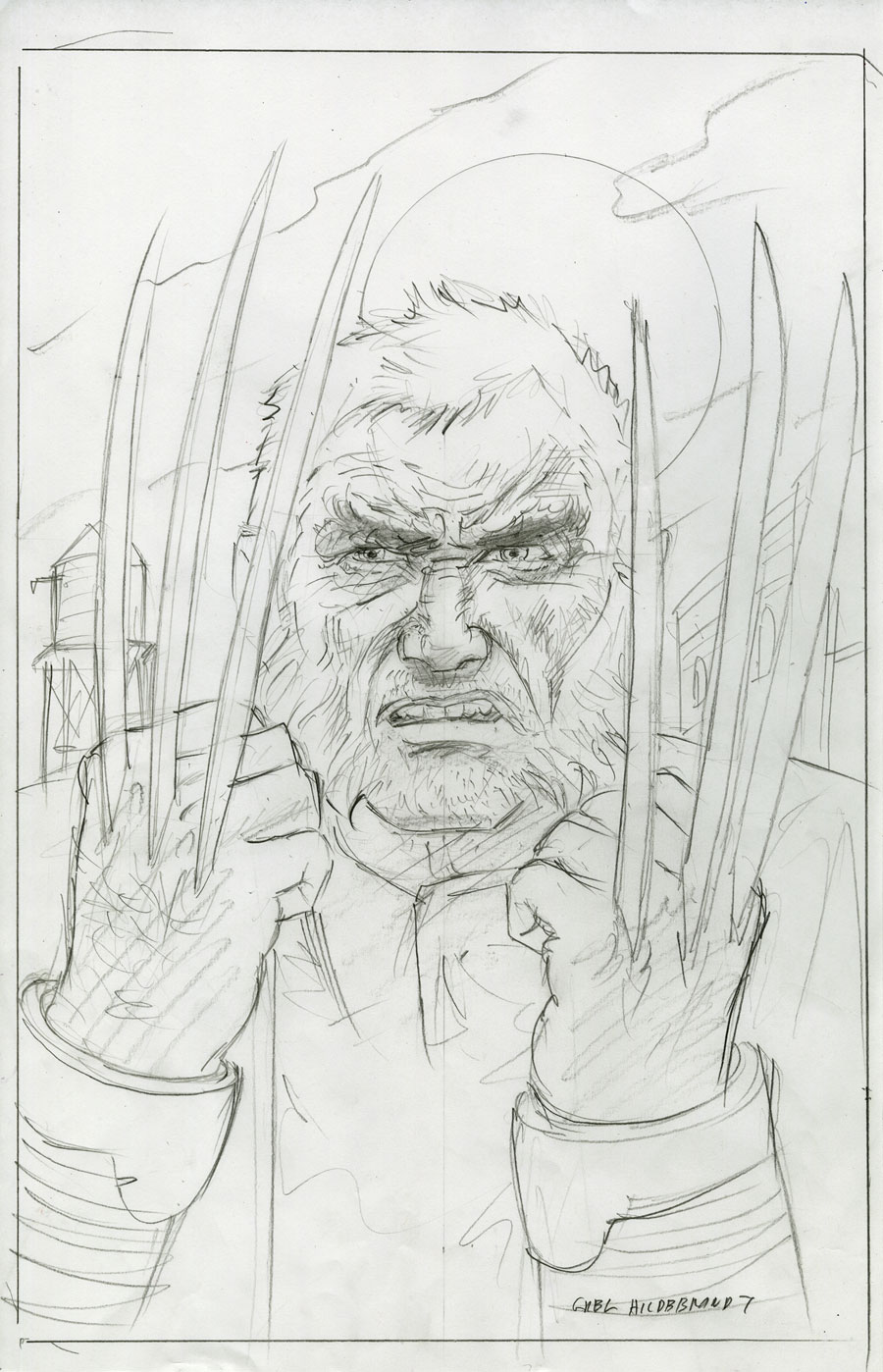 $100
Sold For
5
Bids
This auction has ended.
PUBLISHER: Marvel
COMMENTS: Sketch; Greg Hildebrandt pencils on bond paper; 11" x 17"
Read Description ▼
Sell One Of These Inquire About This

Watch
Sketch; Greg Hildebrandt pencils on bond paper; 11" x 17"When Marvel comics approached Greg to do this cover he had no idea what he was getting himself into! This painting was done for the cover of Old Man Logan, a title recently relaunched by Marvel because of the Secret Wars storyline. Greg was given the challenge of referring back to the original 8 issue story that was published from 2008-2009. He loved the post apocalyptic setting that was presented by this world, and the rough gritty look of the aged Wolverine!

This is one of 3 initial sketches to determine the final layout for the cover. Once an image is decided upon, Greg does a final sketch, which will be used when he starts his painting on canvas.

Who is Old Man Logan?
Old Man Logan was first released in 2008, and depicts a world where the villains have won the war! The setting is 50 years in the future, and the once fierce Wolverine has made a life for himself in a desert wasteland in California. Logan is faced with tragedy, despair, and violence, but despite the harsh and terrible reality the story creates, there is a tough of hope at the end. Now, Marvel is bringing Old Man Logan back through the story of Secret Wars!

It s no secret that Secret Wars has been a smash hit in the comic book industry! In 2015, the Marvel Universe and the Ultimate Universe are colliding and it's a battle to survive! With old characters coming back, and new story lines being formed there are unexpected twists and turns in every issue. It's a story unlike anything Marvel has done before!