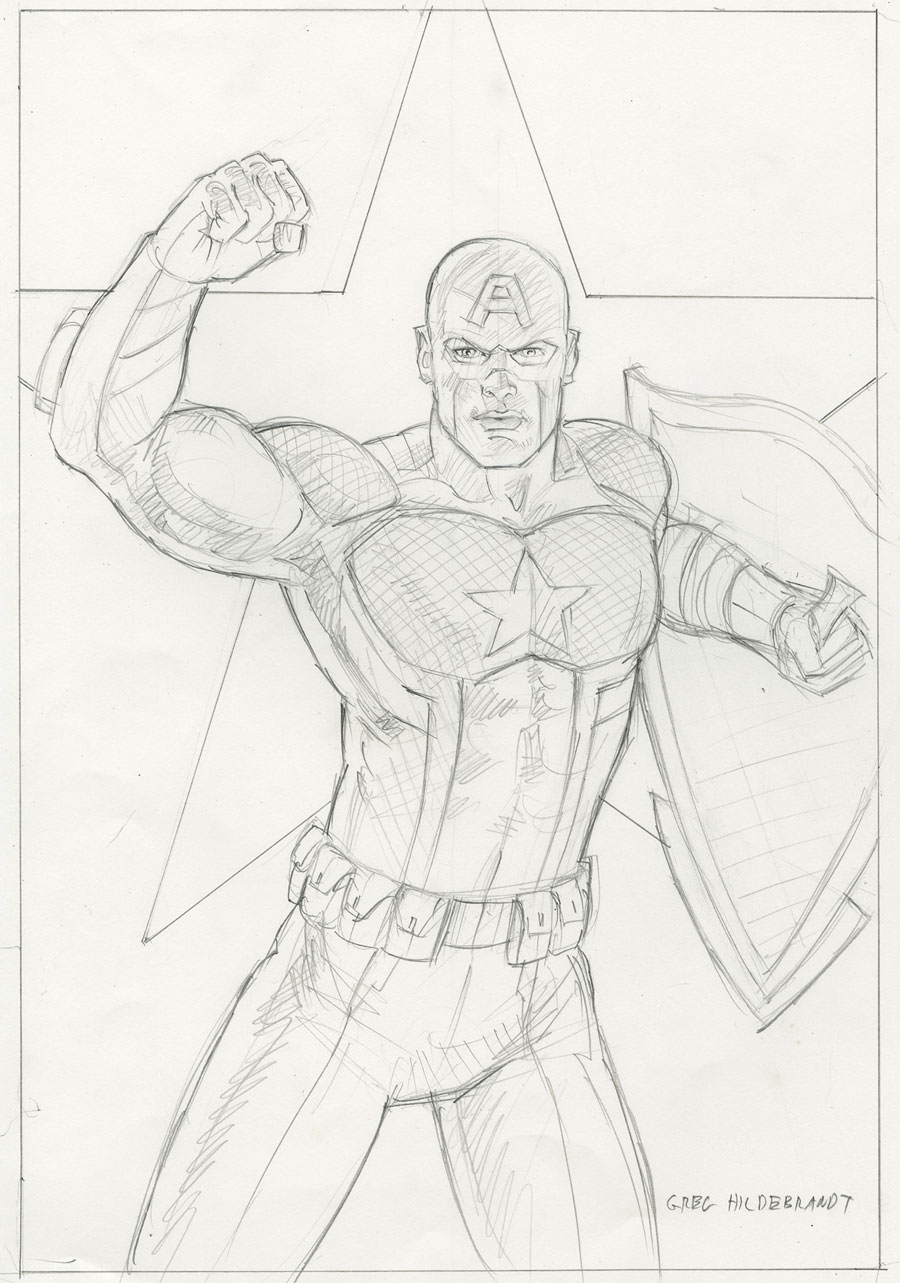 $125
Sold For
11
Bids
This auction has ended.
PUBLISHER: Marvel
COMMENTS: Variant cvr sketch; Greg Hildebrandt graphite on paper; 14" x 18"
Read Description ▼
Sell One Of These Inquire About This

Watch
Variant cvr sketch; Greg Hildebrandt graphite on paper; 14" x 18"In 2016 Marvel comics brought back our first and most beloved Super Soldier: Steve Rogers. They introduced him in a new series, Captain America: Steve Rogers, and have since taken readers on one heck of a ride. Captain America is brought back with a new costume, a new shield, and a new team, including Sam Wilson, who is bearing the stars and stripes AND using the original shield.

This drawing was the final sketch for a Variant Cover painted by Greg for Issue #6 in the series. It was published in December of 2016.

The cover was painted entirely in blue tones in honor of Prostate Awareness Month. Greg was honored to be a part of the
Created in July 2016.
Signed by Greg Hildebrandt.