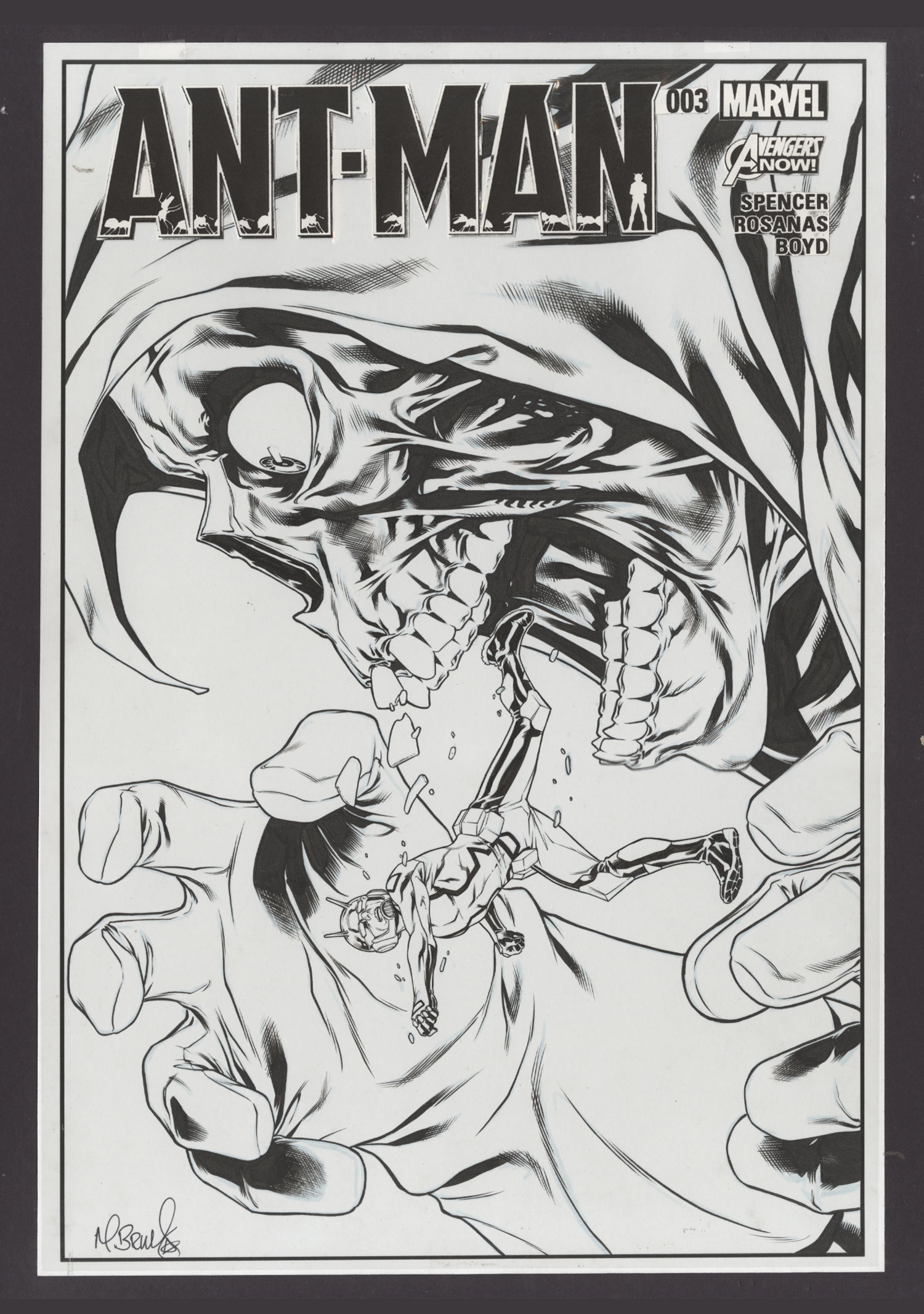 $454
Sold For
17
Bids
This auction has ended.
PUBLISHER: Marvel
COMMENTS: Mark Brooks light boxed blue pencil, inks and signed; 13" x 19"
Read Description ▼
Sell One Of These Inquire About This

Formerly an assistant editor at DC Comics, he is now an illustrator, known for his work on Human Target, Beware the Creeper and Crisis Aftermath: The Spectre, Green Arrow/Black Canary, Wonder Woman and Paper Girls.

Mark Brooks is a comic book artist known for his work on titles for Marvel Comics, including Cable & Deadpool, Han Solo, The Amazing Spider-Man, New X-Men, Secret Empire, and Avengers: No Surrender. He produced designs for a line of Marvel Statues for Sideshow Collectibles. He is also known for his run of covers on Detective Comics for DC Entertainment.