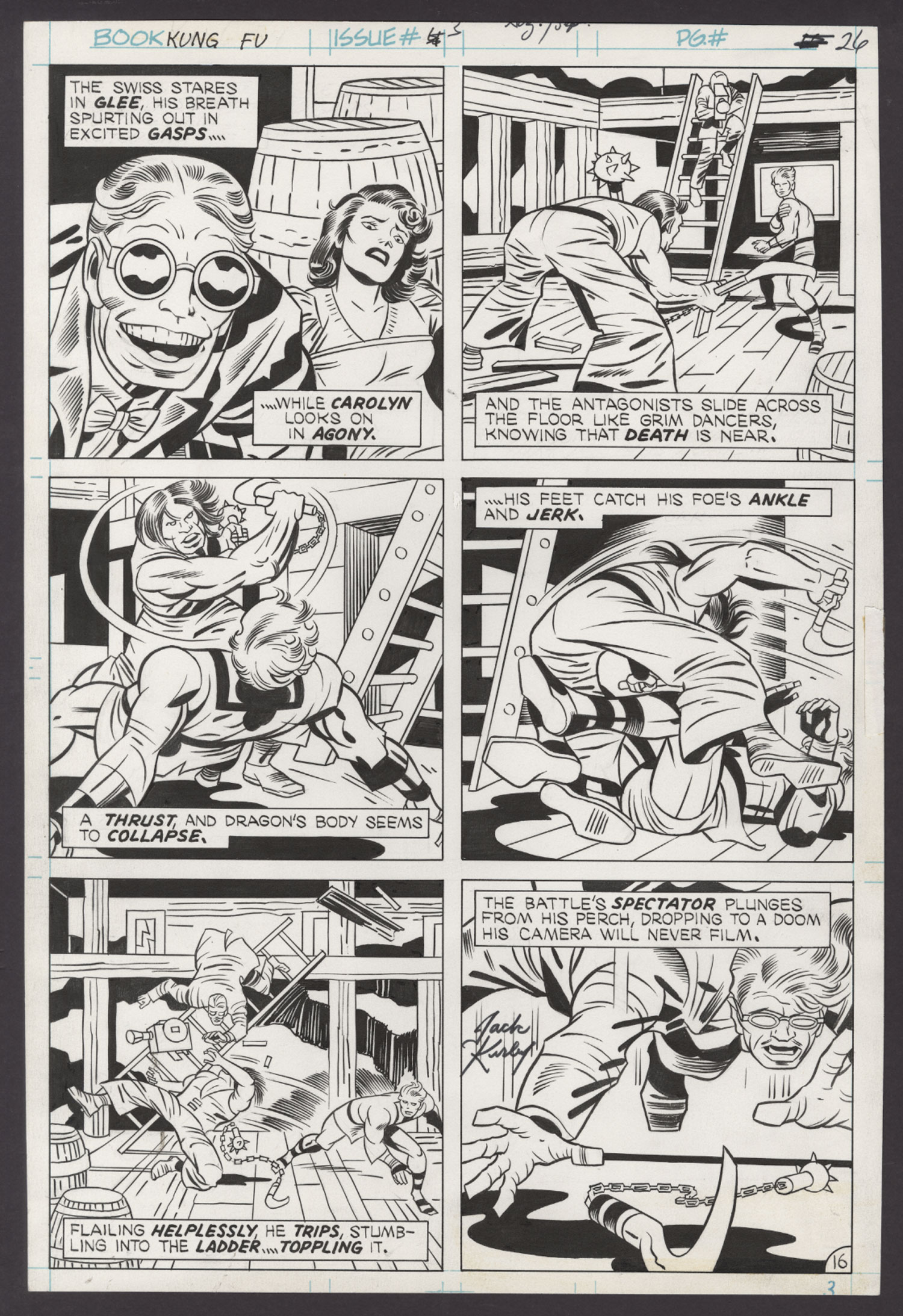 Watch
Pg. 16; Jack Kirby, pencils and signed, D. Bruce Berry, inks; 10.5" x 16"In the summer of 1975, the martial arts craze that swept through the decade was in full swing. Thanks to the likes of Bruce Lee and the Kung-Fu TV series starring David Carradine, everybody was Kung-Fu fighting, even Jack "King" Kirby got caught up in the thrills that defined the time. Richard Dragon was DC's high-kicking entry into the newly minted genre, and this page from issue #3 showcases Kirby in all of his Bronze Age glory, undeniably at the top of his game in the 70s. The master's sure line work and instantly recognizable style is on full display in this spectacular piece, a timeless classic created by a timeless talent.
Artists Information