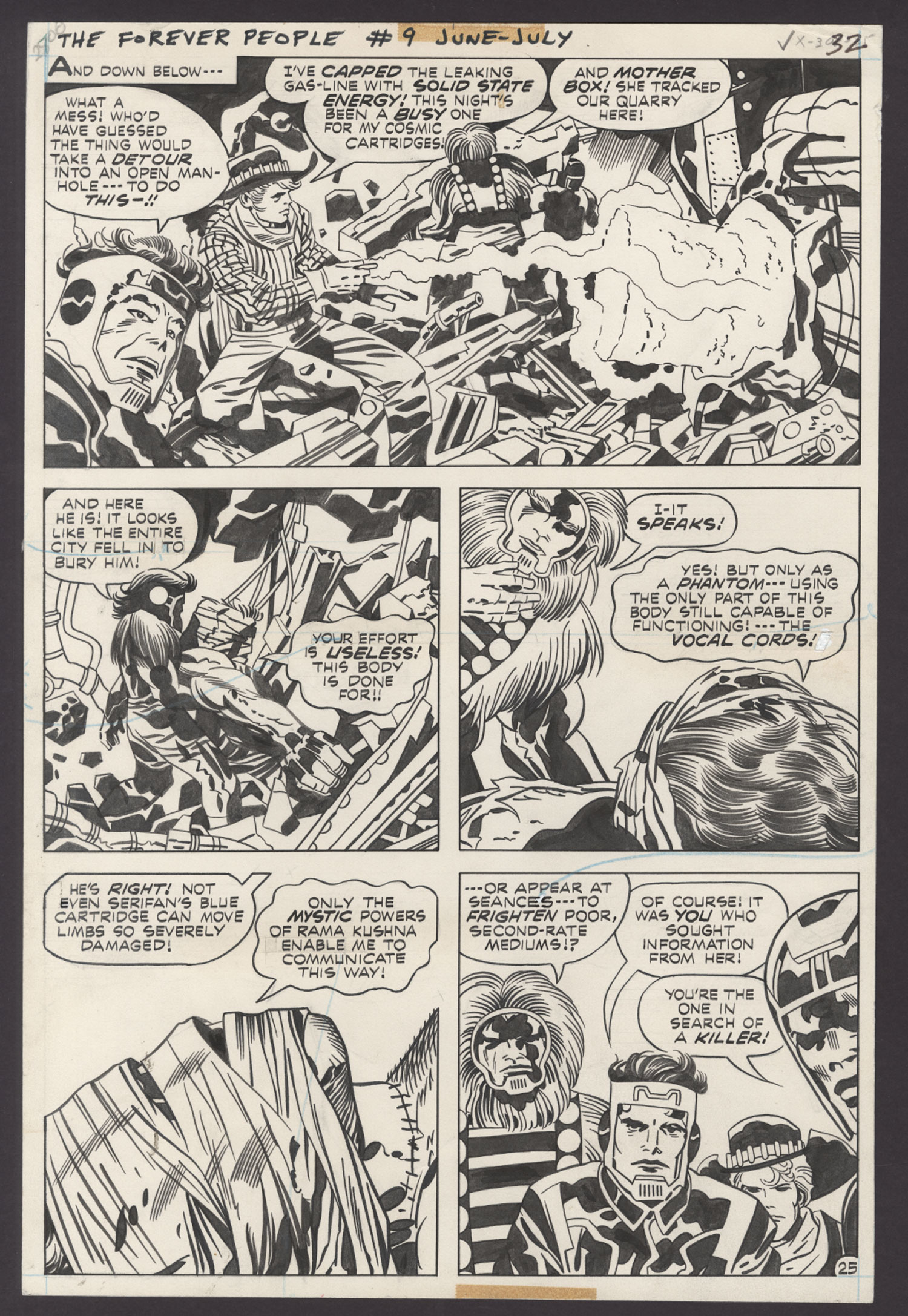 Watch
Pg. 25; Jack Kirby pencils, Mike Royer inks; 10.5 x 16Jack Kirby's legacy as a master illustrator/storyteller is unmatched in comic books and pop culture thus he was slapped with the moniker, "King". Kirby started his career as a teen in the 1930s and is arguably the most prolific and influential comic book illustrator and innovator ever. In the 1970s Kirby famously left Marvel for crosstown rival DC and created a host of great characters and titles that he scripted, edited, and illustrated including his line of Fourth World titles The New Gods, Miracle Man, Kamandi, and the Forever People. This gorgeous page from Kirby's brilliant Forever People #9 showcases his incredible artistry and unique style. Cowboys and aliens well before "Cowboys and Aliens"! Jack Kirby penciled the page with Mike Royer providing inks.
Artists Information