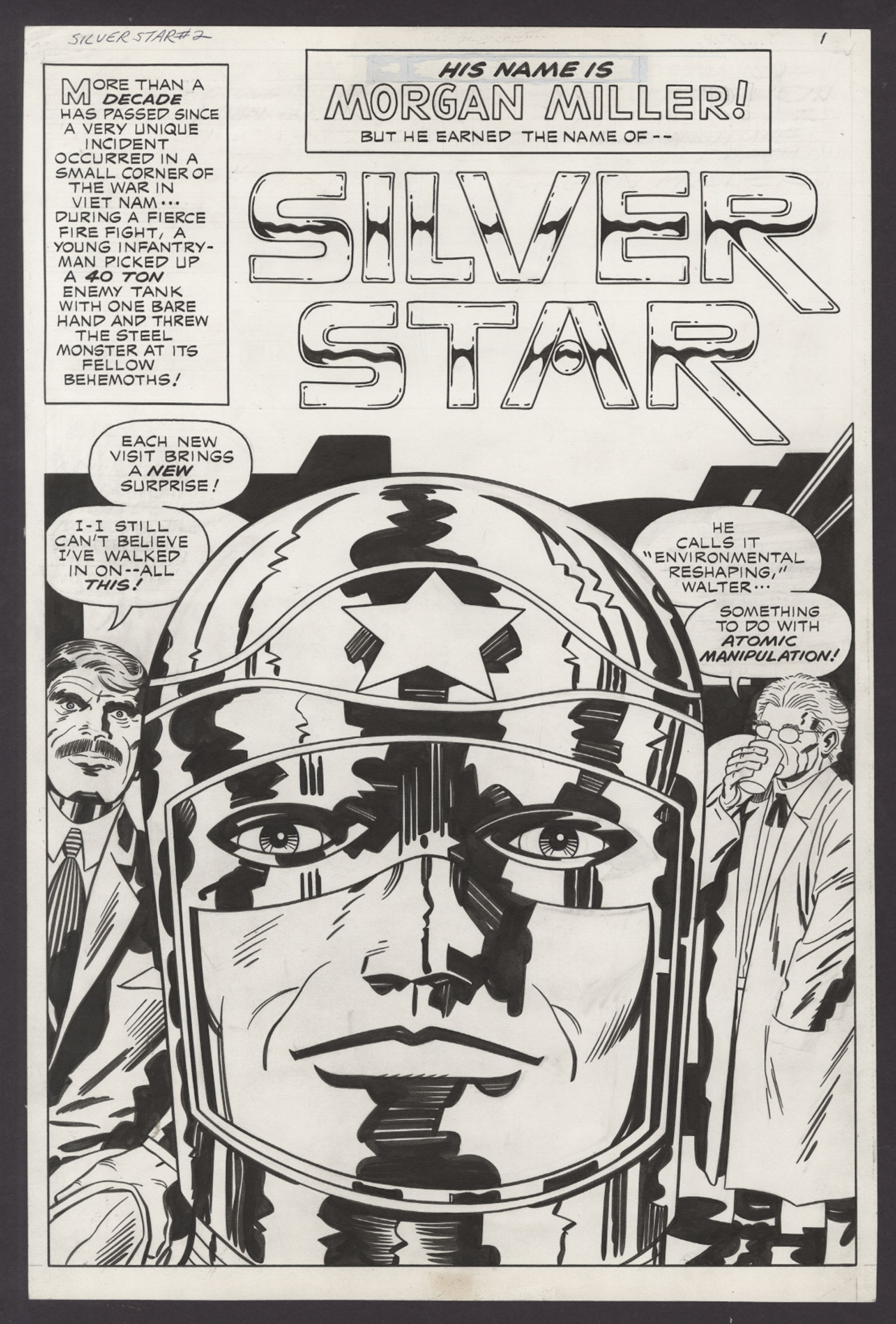 Watch
Pg. 1; Jack Kirby pencils, Mike Royer inks; 10.5" x 16"Silver Star, which was published by industry upstart Pacific Comics, was originally conceived by Jack Kirby and co-creator Steve Sherman as a screenplay while Kirby was in his Hollywood phase, being wined and dined by the likes of Disney, and designing cartoon characters for Hanna Barbera and many others. The movie never came to be, but the project resulted in this awesome addition to Kirby's later body of work. This splash page is pure "King", all of the flourishes he was known for, all of his very personal and original style is on full display. There will never be another like him, and here is a tremendous opportunity to own some of his historic art.
Artists Information