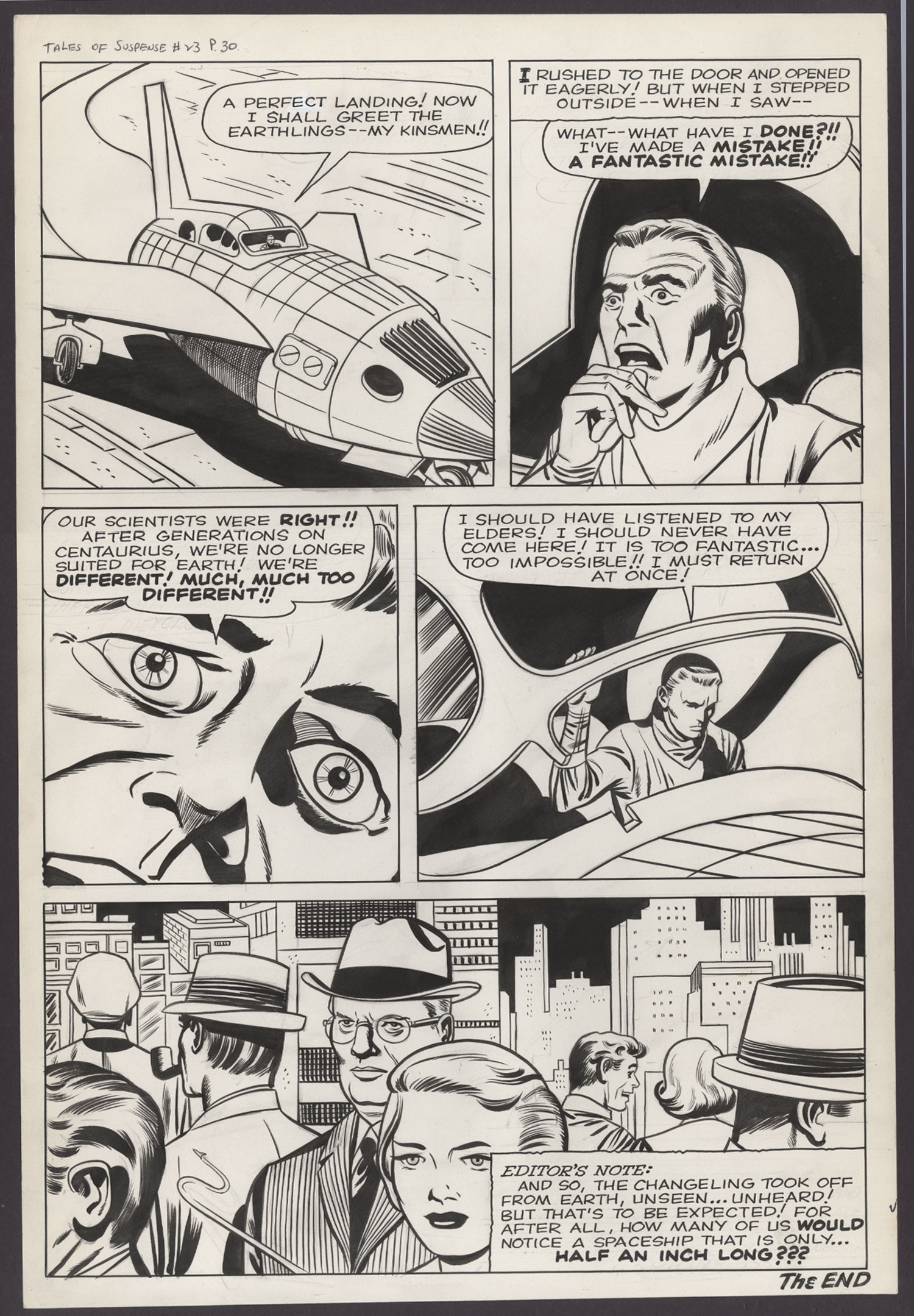 Watch
Pg. 39; Jack Kirby pencils, Sol Brodsky inks; 19.5 x 13.5Tales of Suspense started out as a sci-fi anthology put out by then-struggling publisher, Marvel Comics. From issue #23, this page is an interesting, early-Silver Age Kirby piece taken from the short story "The Changeling" which features a Twilight Zone-esque payoff where an expat-Earthling returns home after millennia only to discover he is only one inch tall compared to modern humans. Kirby seems to be employing some of the stylistic flourishes of his contemporary and fellow legend, Steve Ditko in the piece. This issue hit the newsstands the same day as the earth-shaking Fantastic Four #1; it's fun to imagine the King working on this shortly after putting the finishing touches on the debut of Marvel's First Family.
Artist Information