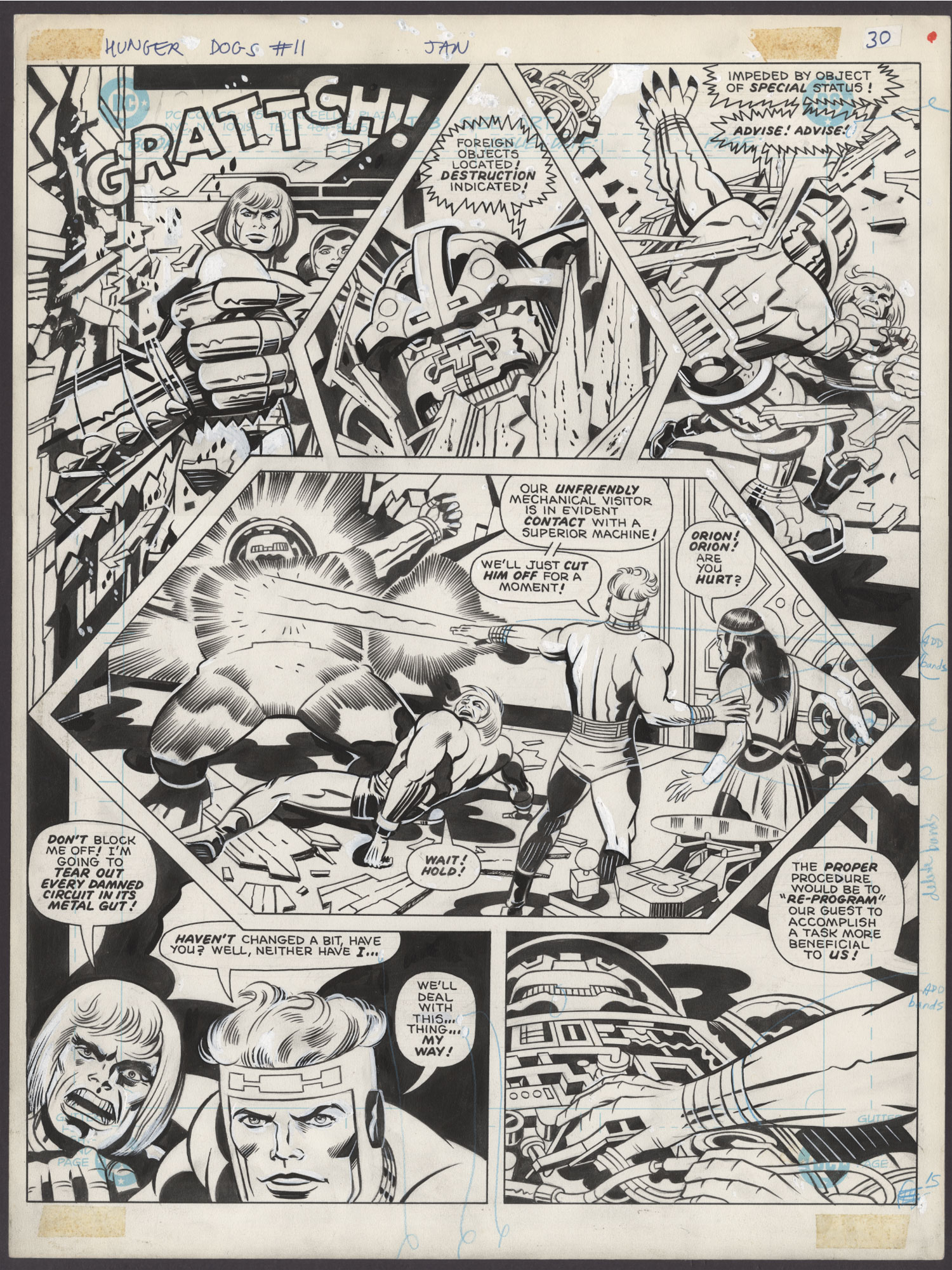 Watch
Pg. 30; Jack Kirby pencils, Bruce Berry inks; 15" x 21"Hailing from Kirby's Fourth World creation Hunger Dogs, we have another brilliant piece launched from the incredible ingenuity of the world's jolliest comic creator, Mr. Jack Kirby! Grant Morrison once commented, "Kirby's dramas were staged across Jungian vistas of raw symbol and storm...The Fourth World saga crackles with the voltage of Jack Kirby's boundless imagination let loose onto paper." This page has all of that; a unique layout of panels sparkling with an energy that emanates from the page which is pure Kirby. Readers loved his skill for detail exemplified by the bizarre and futuristic machines sprinkled throughout his stories, for which "The King" often found inspiration by examining the guts of transistor radios.
Artists Information