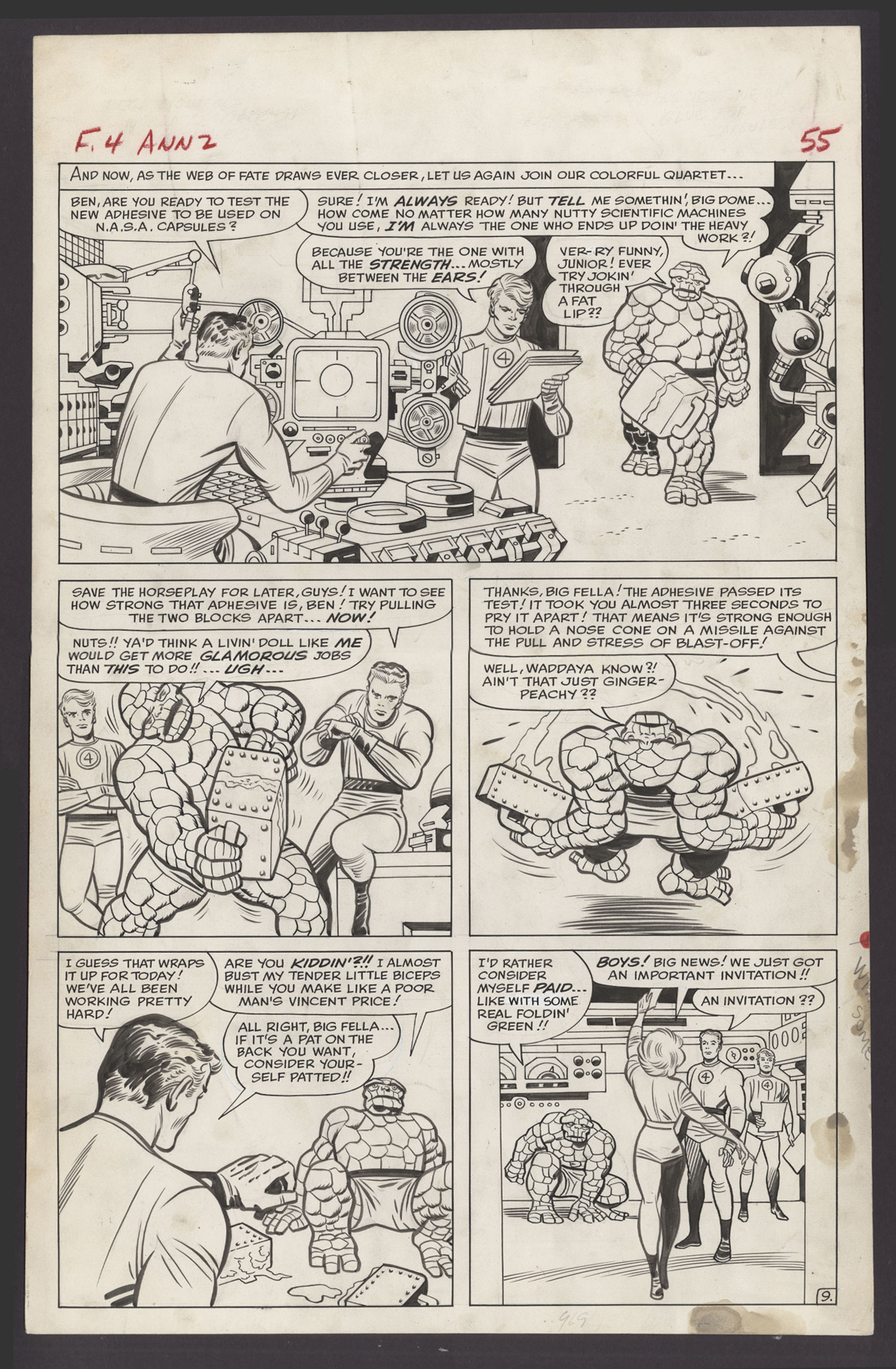 Watch
Pg. 9; Jack Kirby pencils, Chic Stone inks; 12.5" x 18.5"Marvel gained its reputation by creating recognizable, human heroes with quirks and neuroses, and the impressive feat achieved by Lee and Kirby in FF was the creation of a real family, four deeply bonded individuals who love and annoy one another in equal measure. The Fantastic Four stood out from the pack immediately upon its debut because of the strong characterization. Some of Kirby's best and most-heartfelt work was done on this book, as is evidenced by this remarkable page, which leans heavily on body language and facial expression to give our heroes depth and distinctiveness. Where other artists may have relied on flashy angles, exaggerated action, and false drama to develop this story, Kirby gives his cast a chance to breathe and even manages to get some expressiveness into a giant dude made of rock. It's these quieter moments that are toughest to achieve, and Kirby absolutely nails it.

Early Silver Age Marvel art is far and away the most requested by collectors, and this stunning masterpiece of comic storytelling boasts all four members of the classic FF lineup. There is always a huge amount of interest whenever a classic Kirby page goes up for auction, and we expect this piece to generate a decent amount of heat come hammer time.