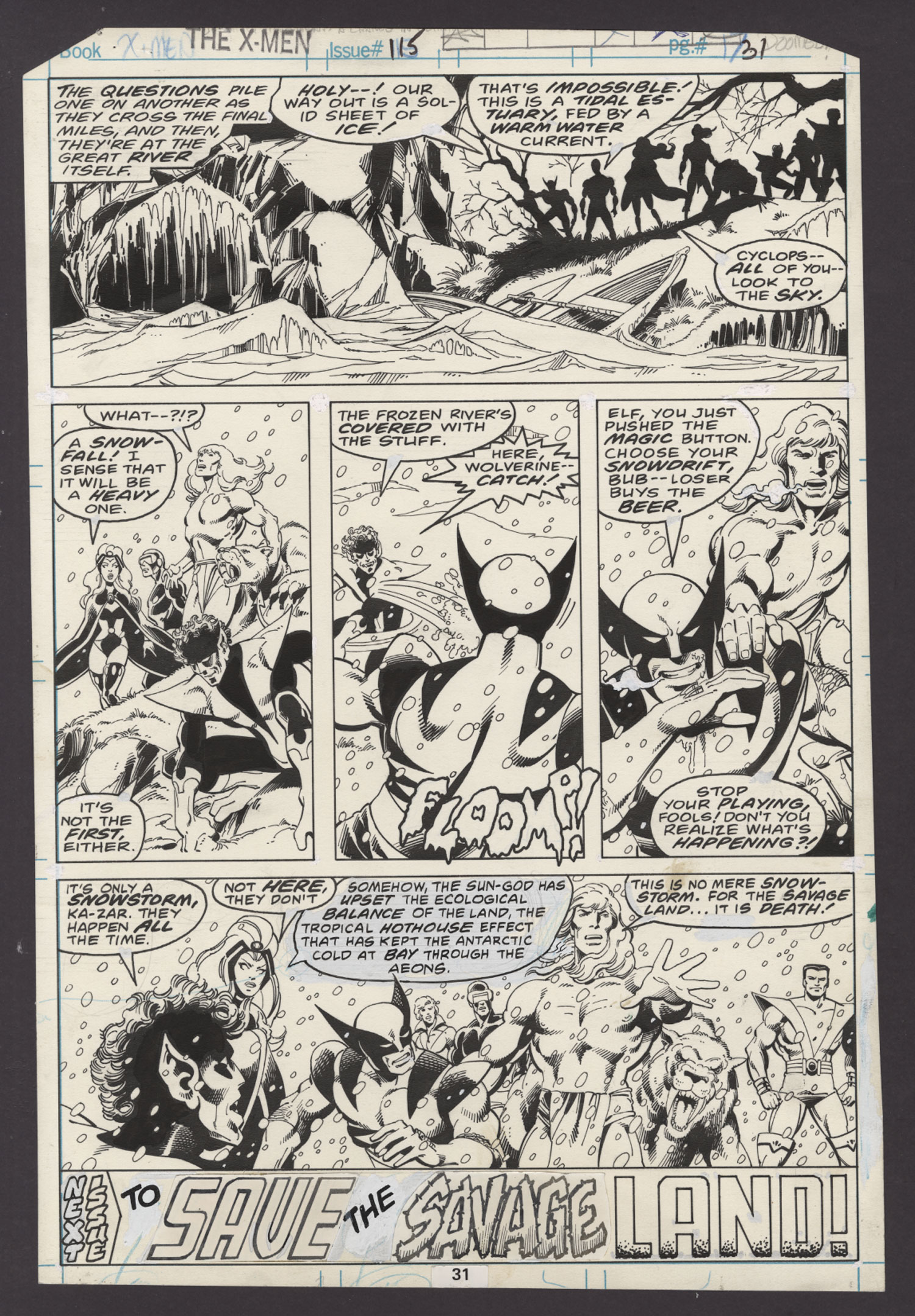 Watch
Pg. 31; John Byrne pencils, Terry Austin inks; 10.5" x 16"With their roots originally planted in the JFK-era 60s, modern readers (and movie-goers) identify primarily with the X-Men created by the team of Chris Claremont and John Byrne that ran in to the early 80s. While Dave Cockrum may have redesigned the mutant team, it was Byrne's clear storytelling and inviting style that resonated most with readers. His spectacular, and all-too-brief run still influences the look of the book today. Byrne spent only four years on the X-Men so not many pages are available to avid collectors. The few that exist are tightly held by X-fans who refuse to part with them. When pieces from Byrne's X-Men days do appear, such as this beauty, buyers come running double-time.

This page is a knockout, boasting an array of most of the major characters of the title at the time, and featuring several killer panels of the mighty Wolverine, whom Byrne finessed and made his own in a way few other artists could. Recent X-Men Byrne pages have blown away expectations at auction, and this incredible piece, with so many drool-worthy images, is among the cream of the crop.