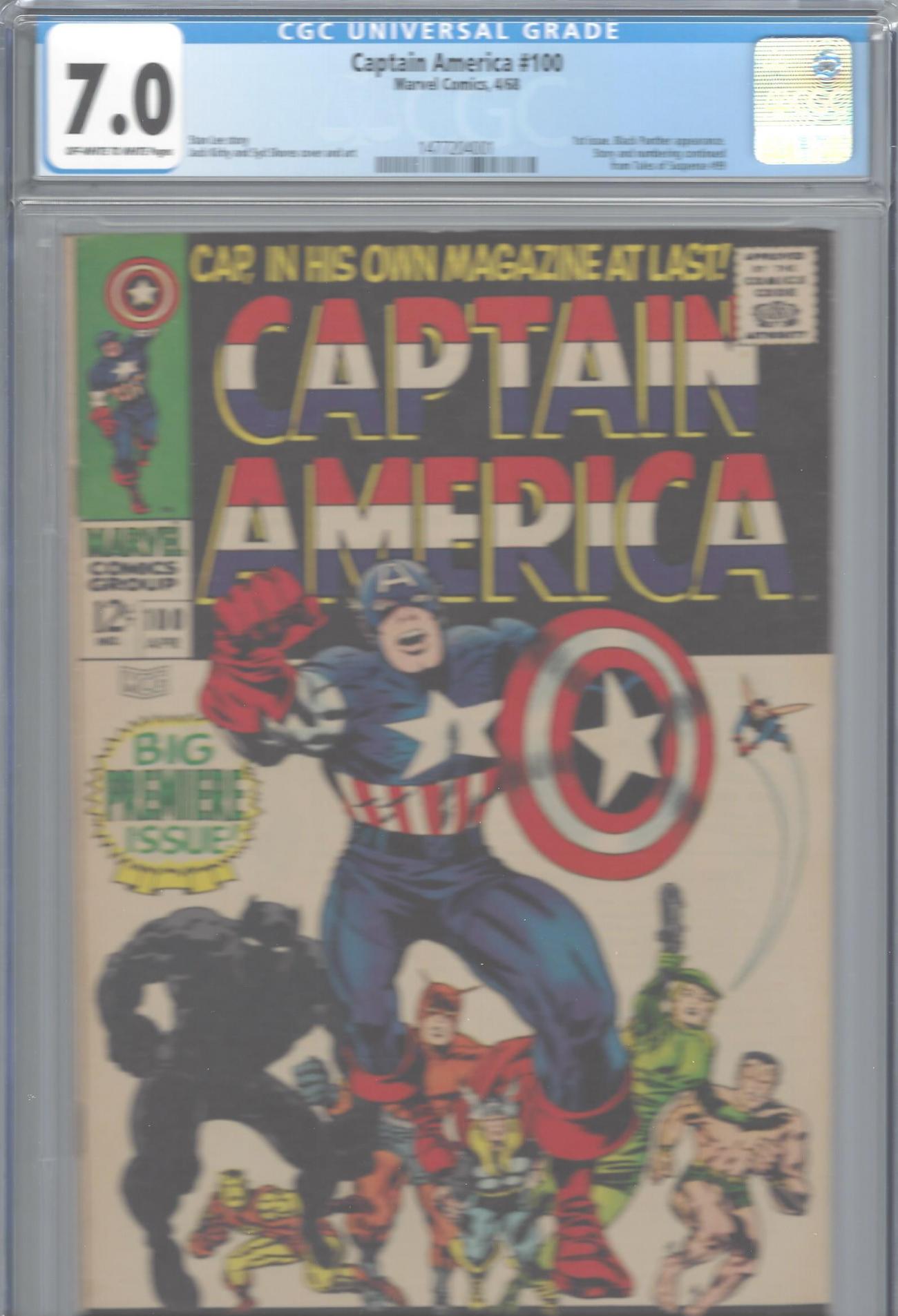 $330.00
Highest Offer
2
Offers
Offer Confirmation
You are about to submit an offer of . If accepted, you are legally obligated to purchase the book. Are you sure you want to continue?
Buy Confirmation
You are about to buy this item for , and will be legally obligated under the terms of our User Agreement to pay for it in a timely fashion. Continue?
PUBLISHER: Marvel
COMMENTS: Off-White to White pages
Kirby cvr/art; 1st issue; origin retold
Read Description ▼
Sell One Of These Inquire About This

Watch
Off-White to White pages
Kirby cvr/art; 1st issue; origin retoldJack Kirby's classic cover highlights the first issue of Captain America's Silver Age solo career. Without his own comic for fourteen years, Cap's popularity kept him bouncing back and forth between titles until Marvel, continuing the numbering and storyline from Tales of Suspense #99, gave Captain America his own comic again.
Artist Information