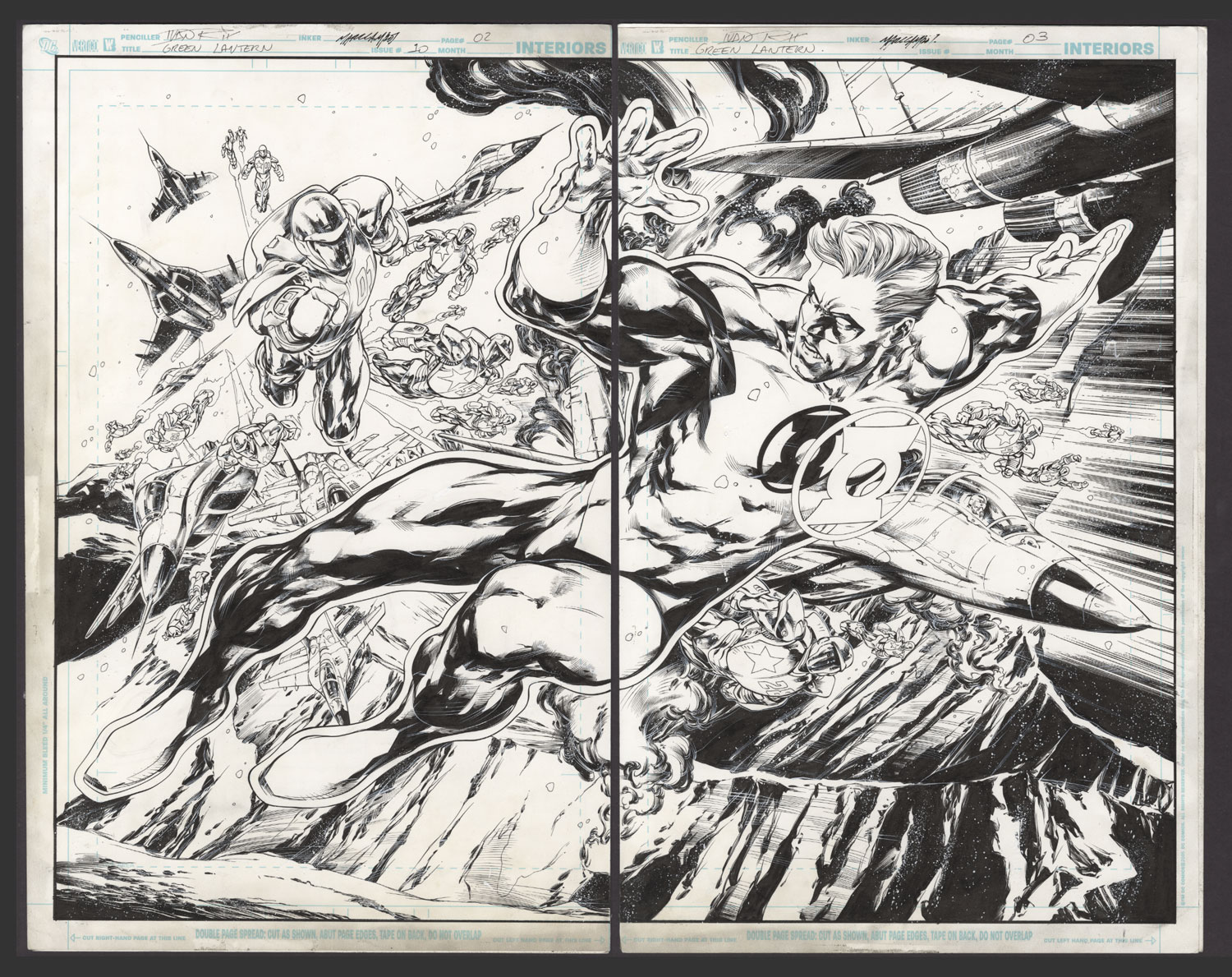 Watch
Pgs. 2-3; Ivan Reis pencils, Marc Campos inks; 22" x 17"Heavily influenced by the mighty Neal Adams, but also absorbing the sensibilities of 21st Century masters such as Ed Benes and Jim Lee, the titanically talented Ivan Reis was the perfect collaborator for Geoff John's post-2001 rethink of the Green Lantern Corps as an epic space opera, with all the rough camaraderie, sharp characterizations, and explosive action one would find in a top-tier military thriller or TV police procedural. Where other artists might flinch at a massive scene such as this or overload it with too much frivolous detail, Reis expertly guides the eye across this double page splash and provides a sense of motion, heightened drama, and danger.
Artists Information

Marcelo Campos is a comic book artist and writer. He began drawing professionally in 1985, as well as working with animations. He drew numerous superheroes for the U.S. market: Green Lantern, Guy Gardner (DC Comics), Iron Man (Marvel), among others. He is the creator of the character Quebra-Queixo, which won awards Agostini Angelo and HQ Mix.

Ivan Reis is a Brazilian comics artist. He is known for his work on comic books such as Dark Horse Comics' Ghost, Marvel Comics' Captain Marvel, and DC Comics' Action Comics, Green Lantern and Aquaman series.