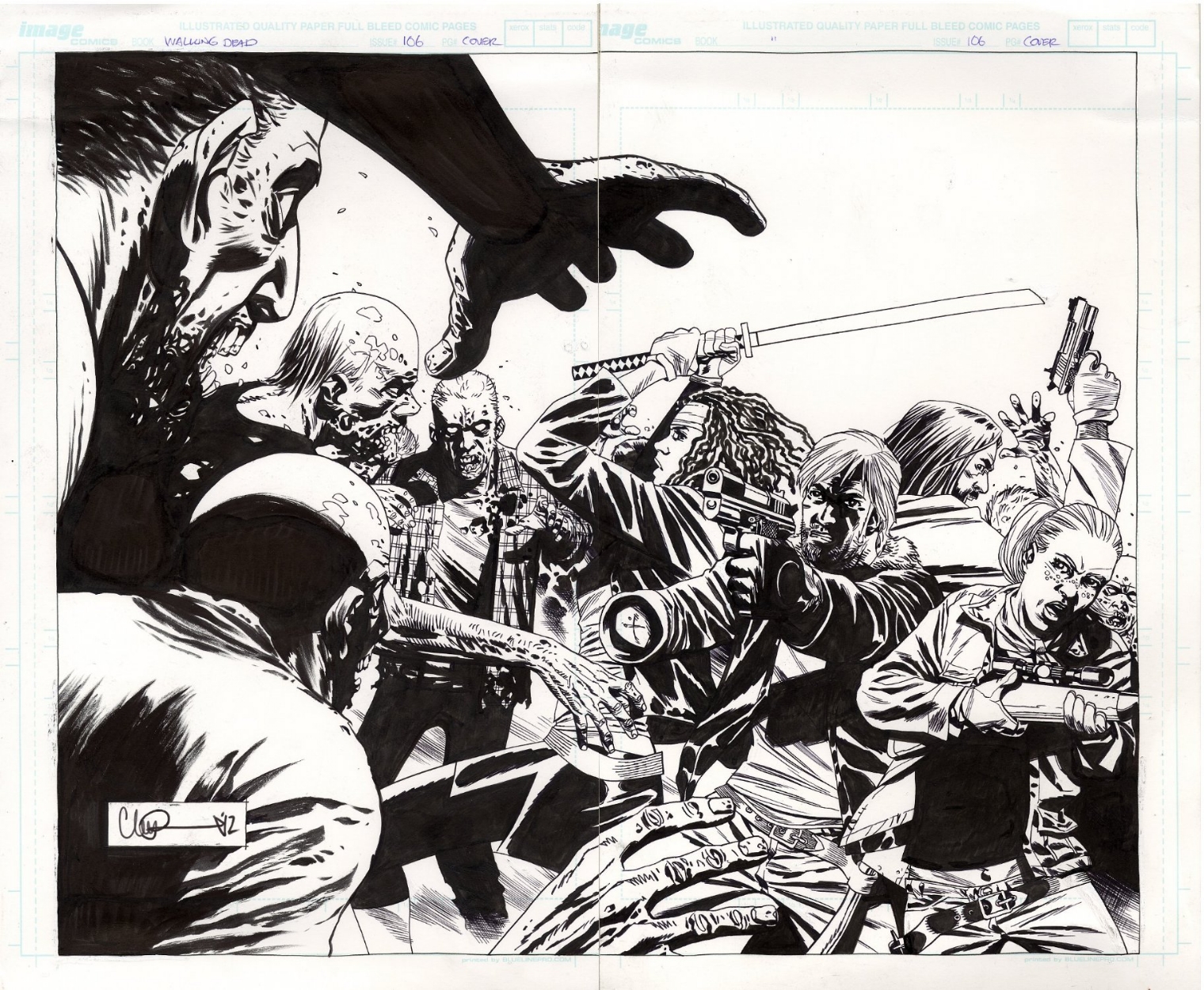 $16,252
Sold For
30
Bids
This auction has ended.
PUBLISHER: Image
COMMENTS: Wraparound Cvr; Charlie Adlard pencils, inks and signed; image size 15.25" x 18.5"
Rick and crew outside the fence surrounded by walkers
Read Description ▼
Sell One Of These Inquire About This

Watch
Wraparound Cvr; Charlie Adlard pencils, inks and signed; image size 15.25" x 18.5"
Rick and crew outside the fence surrounded by walkersThis Charlie Adlard wraparound cover could justifiably be exhibited next to Leutze's Washington Crossing the Delaware at the Met rather than merely folded around the pages of the phenomenal comic contained therein. The illustration epitomizes the walker menace that has doggedly pursued our heroes. Rick, Michonne, Andrea, and Nicholas have gone off in search of Rick's son only to find themselves surrounded by a hungry walker horde, forced to fight back-to-back, with desperate determination obvious in their faces. Where Washington withstood freezing temperatures and crushing ice floes, Rick and the survivors must face off against flailing arms, gnashing teeth, and undead peril. Rick, aiming squarely at a walker's grimacing face, his mutilated right arm now just a club, Adlard intentionally darkens his face, as if to suggest he has lost his ideals, perhaps with the loss of his hand. Behind, Michonne brandishes her katana. Looming ominously above the survivors is the darkened, outstretched forearm of a walker, it could almost be Rick's own severed right arm, returning to haunt him and his cohorts. This is a tremendous cover illustration best experienced here in its original form. A masterpiece.