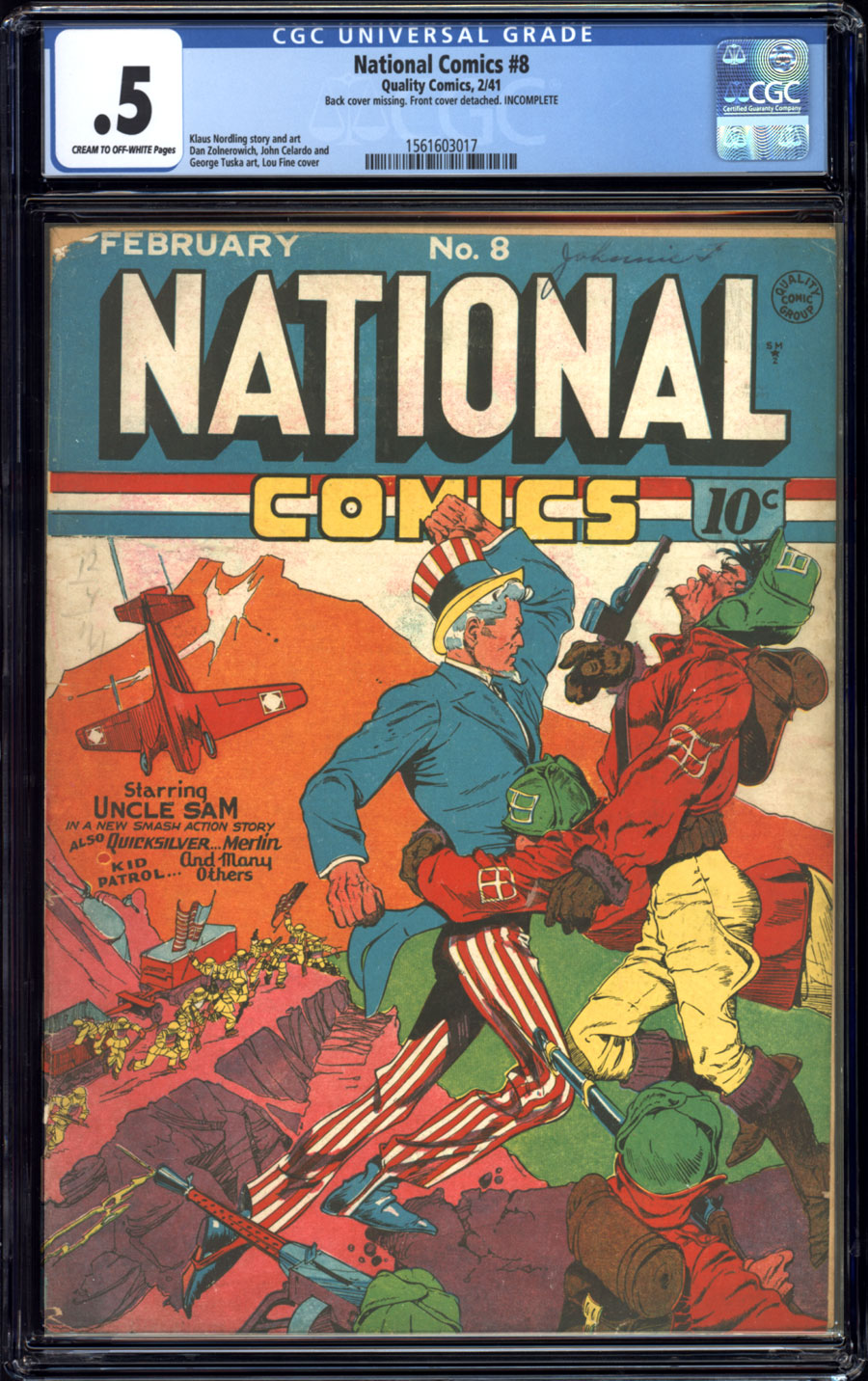 Dan Zolnerowich was an artist during the Golden Age of Comics. He started out at the Eisner-Iger Studio in 1939, and eventually worked through the Iger Studio until 1944. He is best known for his work for Fiction House, where his credits include 'Super American', 'Suicide Smith', 'Kaanga', 'Kayo Kirby', 'The Hawk', 'Captain Terry Thunder' and 'Captain Wings'.

John Celardo was an American comic strip and comic book artist, best known for illustrating the Tarzan comic strip. Celardo got his start at the Eisner/Iger studio and contributed to the Fiction House line of books, he would go on to produce work for a variety of publishers, including American Comics Group, DC Comics, Gold Key Comics, Quality Comics, Standard Comics, St. John Publications, and Whitman Comics. In the early 1950s, he succeeded Bob Lubbers as illustrator of the Tarzan comic strip. He began the Tarzan daily strip on January 18, 1954 and the Sunday strip on February 28, 1954, eventually drawing a total of 4350 daily strips and 724 Sunday strips. His work was then appearing in 225 newspapers in 12 different countries. Celardo continued on Tarzan until January 7, 1968, when Russ Manning took it over. Celardo then succeeded Joe Kubert on Tales of the Green Beret.