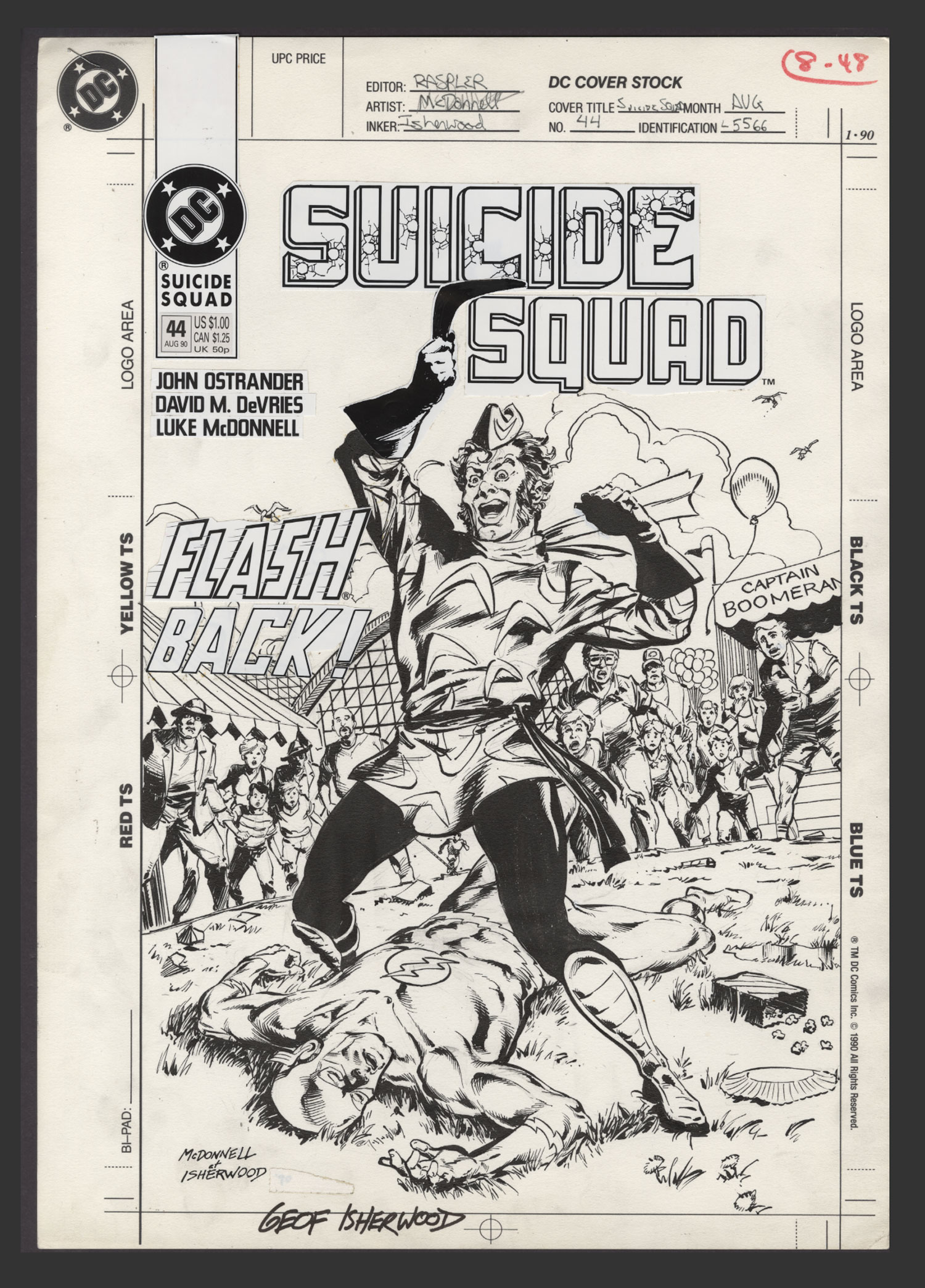 $2,655
Sold For
27
Bids
This auction has ended.
PUBLISHER: DC
COMMENTS: Luke McDonnell pencils, Geof Isherwood inks and signed; image size 9.75" x 15"
Read Description ▼
Sell One Of These Inquire About This

Luke McDonnell began his career as a comics artist in 1980 and illustrated a wide variety of comics including long runs on Iron Man, The Phantom and Suicide Squad. He made his Marvel Comics debut with the story "Eclipse of Reason" in Star Trek #12 (March 1981). In 1983, McDonnell and writer Dennis O'Neil began a storyline in which the character James Rhodes replaced Tony Stark in the role of Iron Man. McDonnell moved to DC Comics in 1985 and became the regular artist on Justice League of America with issue #245 (Dec. 1985). He drew the title through its final storyline (#258–261).