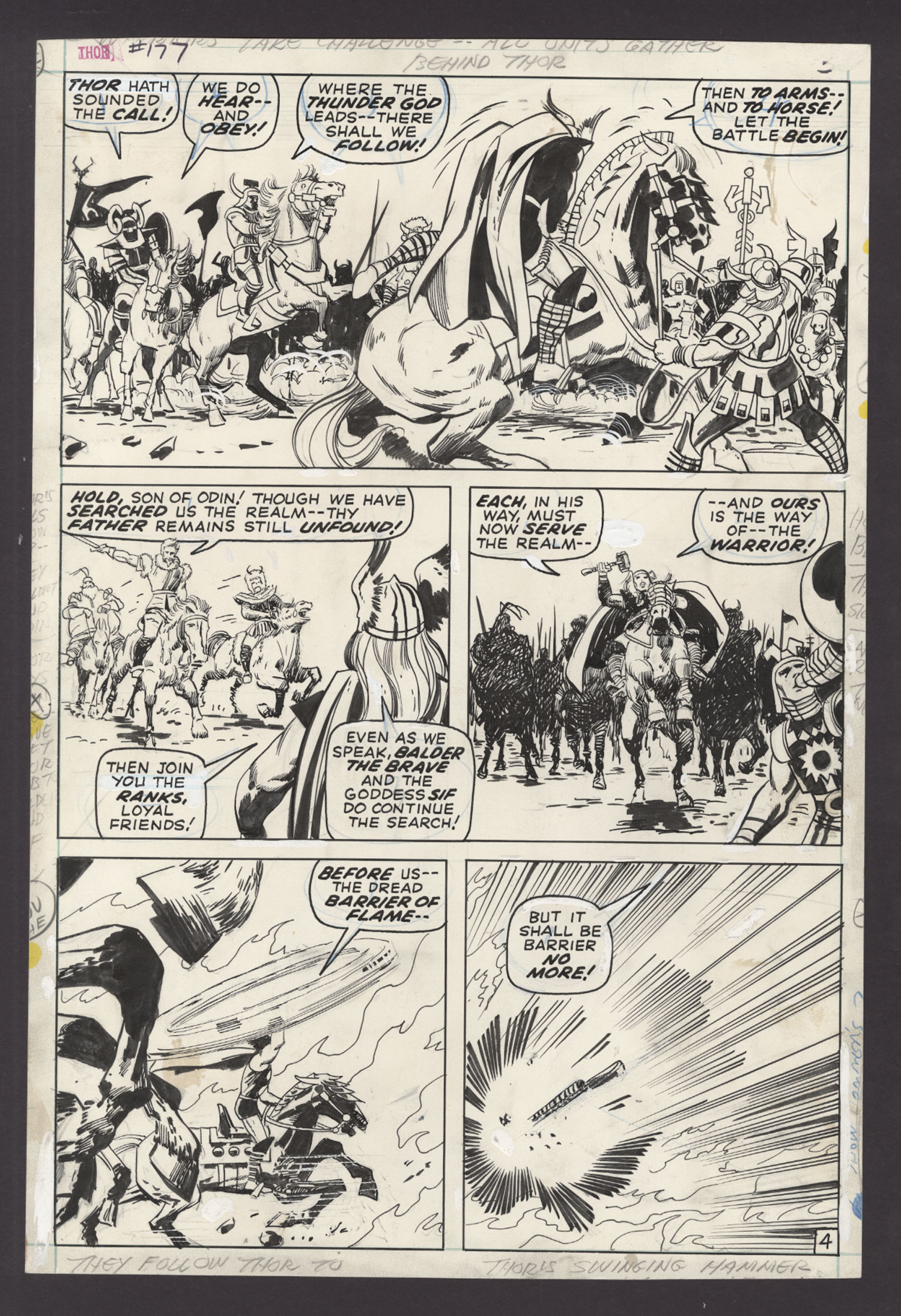 Watch
Pg. 4; Jack Kirby pencils, Vince Colletta inks; image size 10" x 15"When talking about original comic book art, the one name that everyone knows is worth its weight in gold is Jolly Jumping Jack "the King" Kirby! He was the definitive master and one of the most-prolific illustrators in the comic book industry, where he worked steadily for over 50 years. Up for grabs here is a striking page penciled by Kirby and inked by the venerable Vince Colletta, famous for his run on the Mighty Thor! Action abounds with a seldom-seen appearance of Thor riding a horse. Kirby pages are always in demand and we've seen pieces like this get snapped up for a premium.
Artists Information