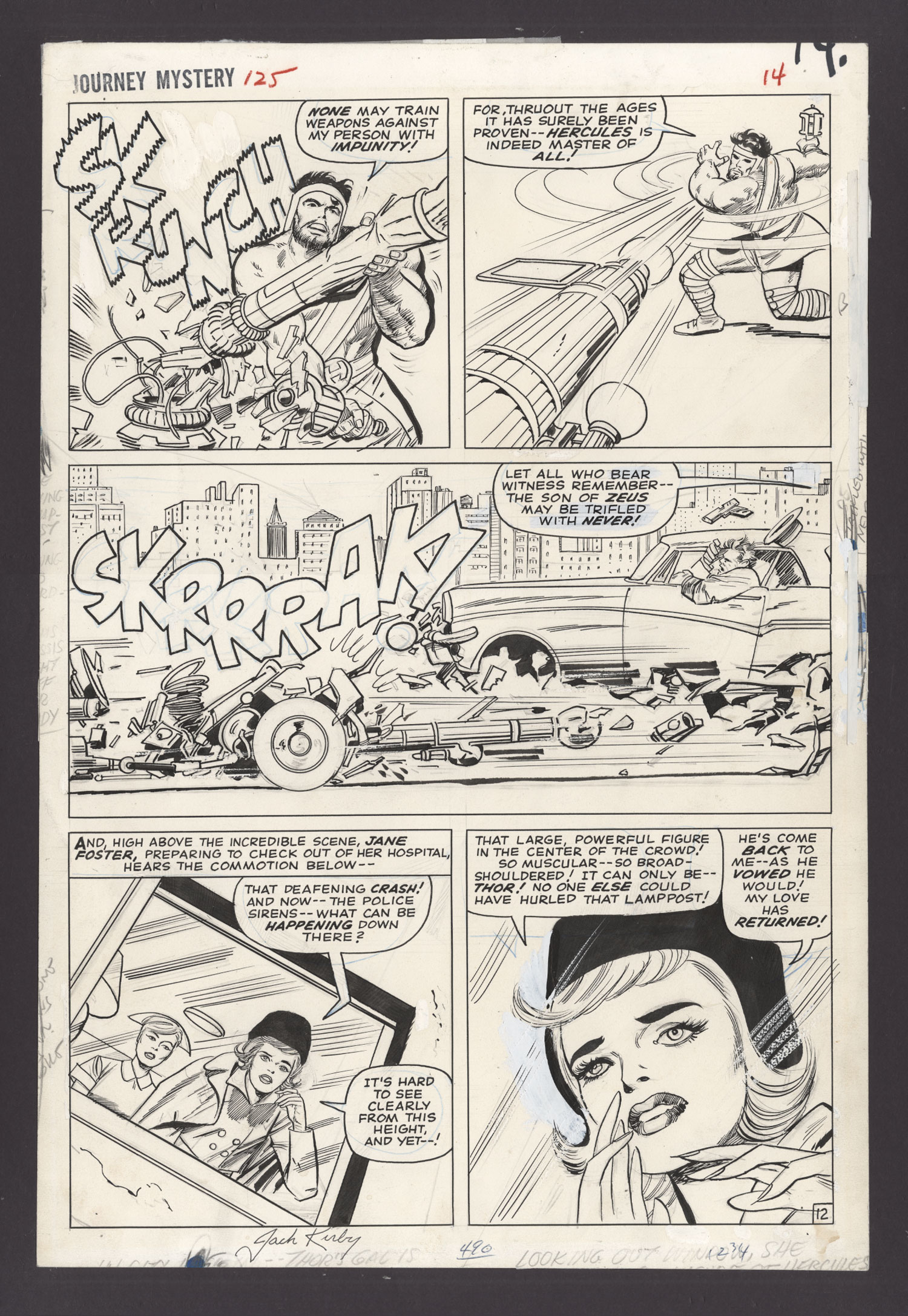 Watch
Pg. 14; Jack Kirby pencils and signed, Vince Colletta inks; image size 12.5" x 18.5"This piece comes from the last issue in the Journey into Mystery series before Odin's son replaced the title (legend has it, Stan Lee planned on going with Journey into Thor, but opted for something less suggestive). So, Mighty Thor is what we got. This magnificently rendered page by the master, Jack Kirby, features the brutish Hercules tearing up the town to impress the beautifully wall-eyed Jane Foster. As a result of Herc's actions, the two legends of ancient mythos would be pitted in battle with each other in the very next issue. Classic characters, a Jack Kirby signature, loads of action, what's not to love? Bid up, bid well, and don't miss out.
Artists Information