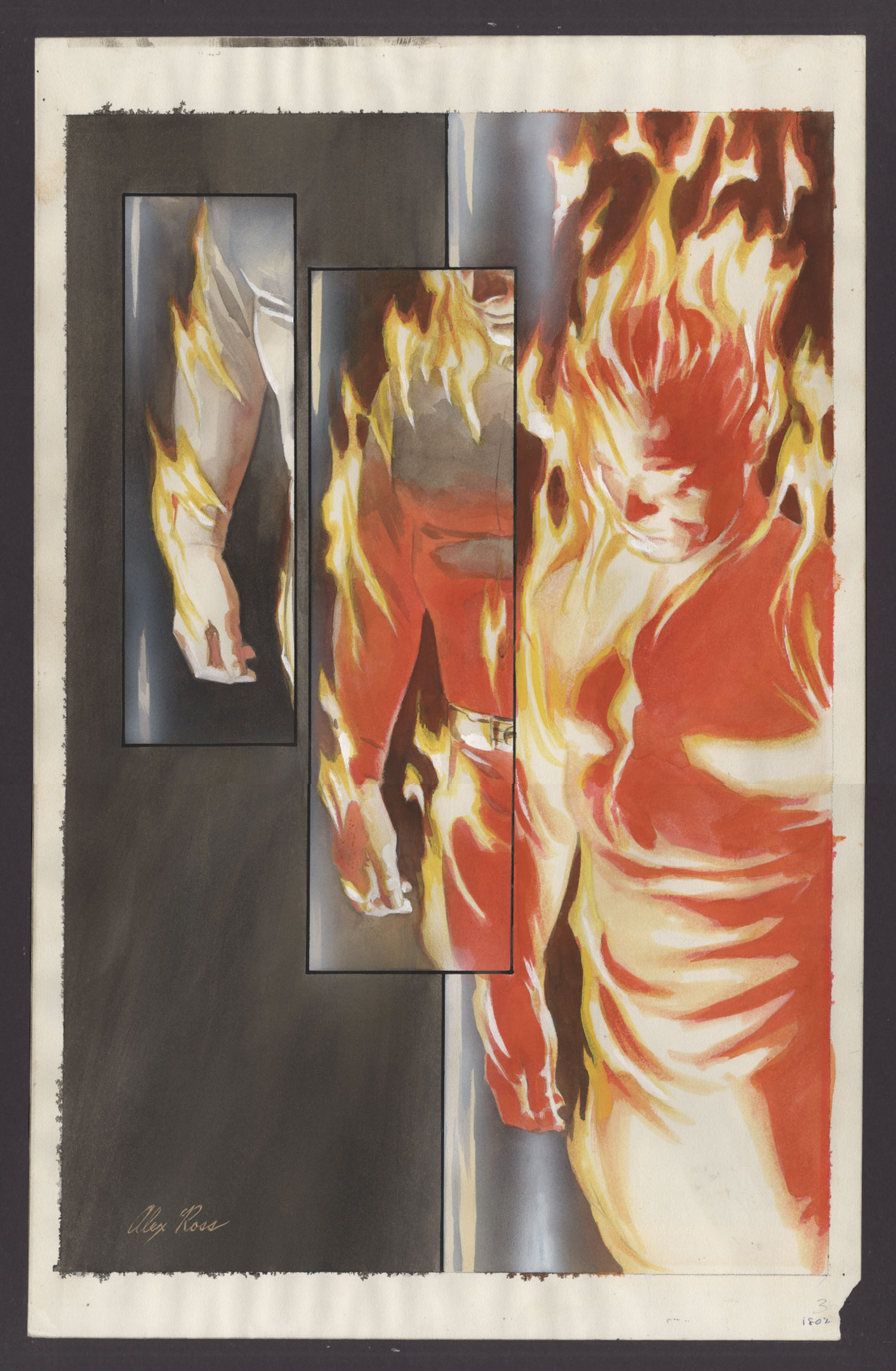 $8,513
Sold For
58
Bids
This auction has ended.
PUBLISHER: Marvel
COMMENTS: Story Pg. 3; Alex Ross gouache over graphic on bristol board; image size 11.75" x 17.75
Read Description ▼
Sell One Of These Inquire About This

Watch
Story Pg. 3; Alex Ross gouache over graphic on bristol board; image size 11.75" x 17.75Bursting onto the scene in 1994, Alex Ross announced his arrival in bombastic style, employing the intriguing conceit of having average people witness the godlike powers of superheroes as the main thrust of his narrative. His Marvels series set the comic book world ablaze and heralded the appearance of a new, powerful voice in the industry. This page, taken from the first issue of the limited series, hearkens all the way back to Marvel Comics #1, ground zero for the publishing house, paying homage to the haunting cover of that seminal issue, as well as the first superhero ever created by the now-monolithic imprint, the Golden Age Human Torch.

Ross' painterly approach to his subject matter imbues his work with a sense of grandeur that has very few parallels in the history of the form. While simultaneously forceful and subtle, his renditions of iconic superheroes have been nothing short of game changing. Ross has since gone on to make a lasting impact on the industry, along with projects like Kingdom Come, and Uncle Sam, he also has created commercial pieces for the Academy Awards, Assassin's Creed video games, and even the band Anthrax. We are happy to offer our customers this opportunity to own a wonderful piece of art from the comic that put one of the Modern Age's titans on the map.
Artist Information