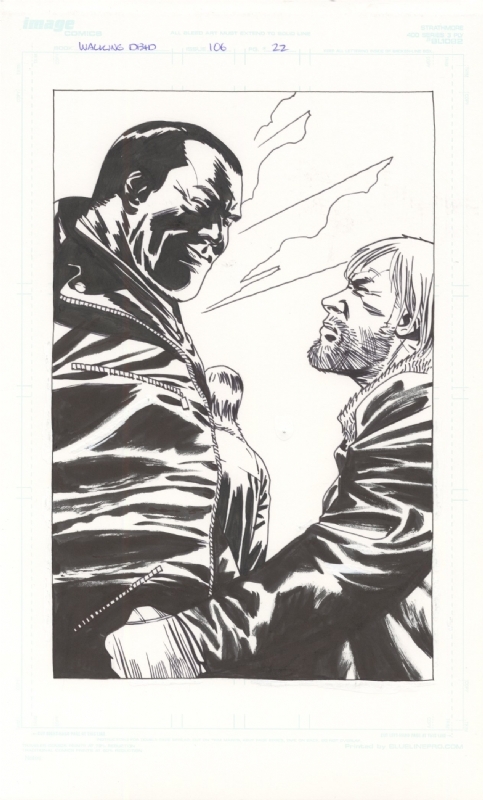 Watch
Pg. 22; Charlie Adlard pencils and inks; image size 6.75" x 10.25"
Rick confronts Negan about Carl's disappearanceThis splash page by Charlie Adlard shows a dramatic confrontation between bitter enemies. Rick is the leader of the Alexandria group, and Negan is the boss of the Saviors and kingpin of a protection racket that has been causing trouble for Rick and his followers. When Rick's son Carl disappears, he suspects Negan is responsible and goes off to find him at the Sanctuary. While on his way there, he runs into his nemesis, who says he was coming to tell Rick that he has indeed taken Carl hostage, and has done nasty things to him. The image is reminiscent of David and Goliath, with Negan, his face covered in shadow, towering above Rick with an evil smirk.
Artist Information