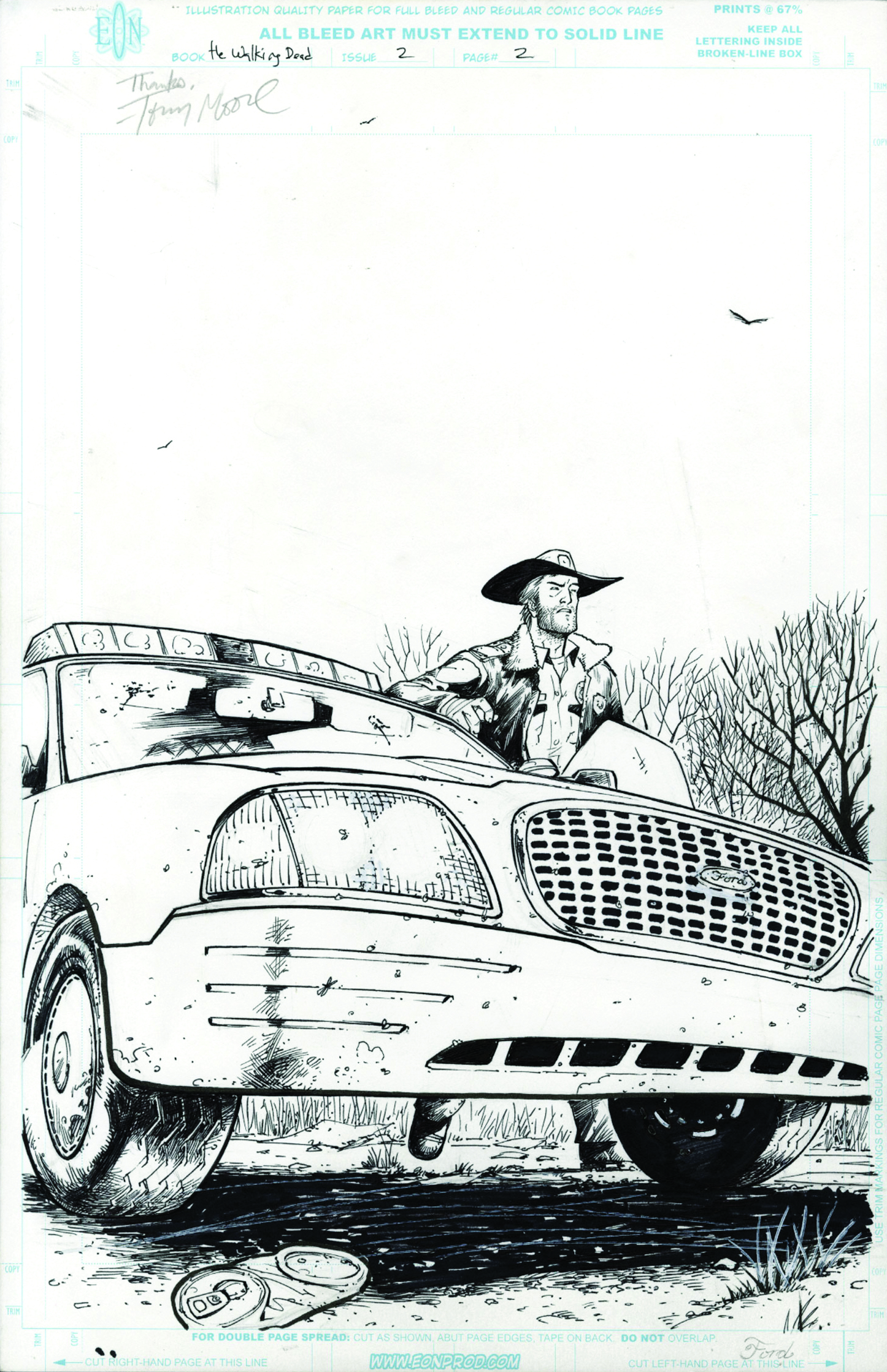 $8,900.00
Last Bid
55
Bids
This auction has ended.
PUBLISHER: Image
COMMENTS: Pg. 2; Tony Moore pencils, inks and signed; image size 9" x 14"
Rick leaves the car behind and heads on foot to find his family
Read Description ▼
Sell One Of These Inquire About This

DESCRIPTION
Share This:
Pg. 2; Tony Moore pencils, inks and signed; image size 9" x 14"
Rick leaves the car behind and heads on foot to find his familyRick standing beside his police car, which has just run out of gas, drove hard all night in an attempt to reach his family whom he hasn't seen since the recent massive outbreak of killer corpses. He is wary and watchful as he searches through a desolate world, about to leave his vehicle and safety behind. It's a prime example of Moore's artistry from the early Walking Dead issues.

Easily the most influential and important of modern comics, Robert Kirkman's Walking Dead has given birth to not only a virtual horde of tie-in entertainment, from TV to gaming to practically everything else, but has also inspired an entire generation of comic artists and writers moved by the series' literate storytelling, raw emotionalism, and careful pacing. Just as the early issues of the series command top prices, thanks to their low print runs, original art from the title is eagerly sought by serious collectors. Most notable are pages drawn by Tony Moore, as his quick departure from the series means that very little work from the original illustrator is available. The image of Rick still wearing his sheriff's hat evokes nostalgia from the die-hard fans of TWD and this super-early piece is poised to fetch an impressive price, especially thanks to the scarcity of Moore's work.