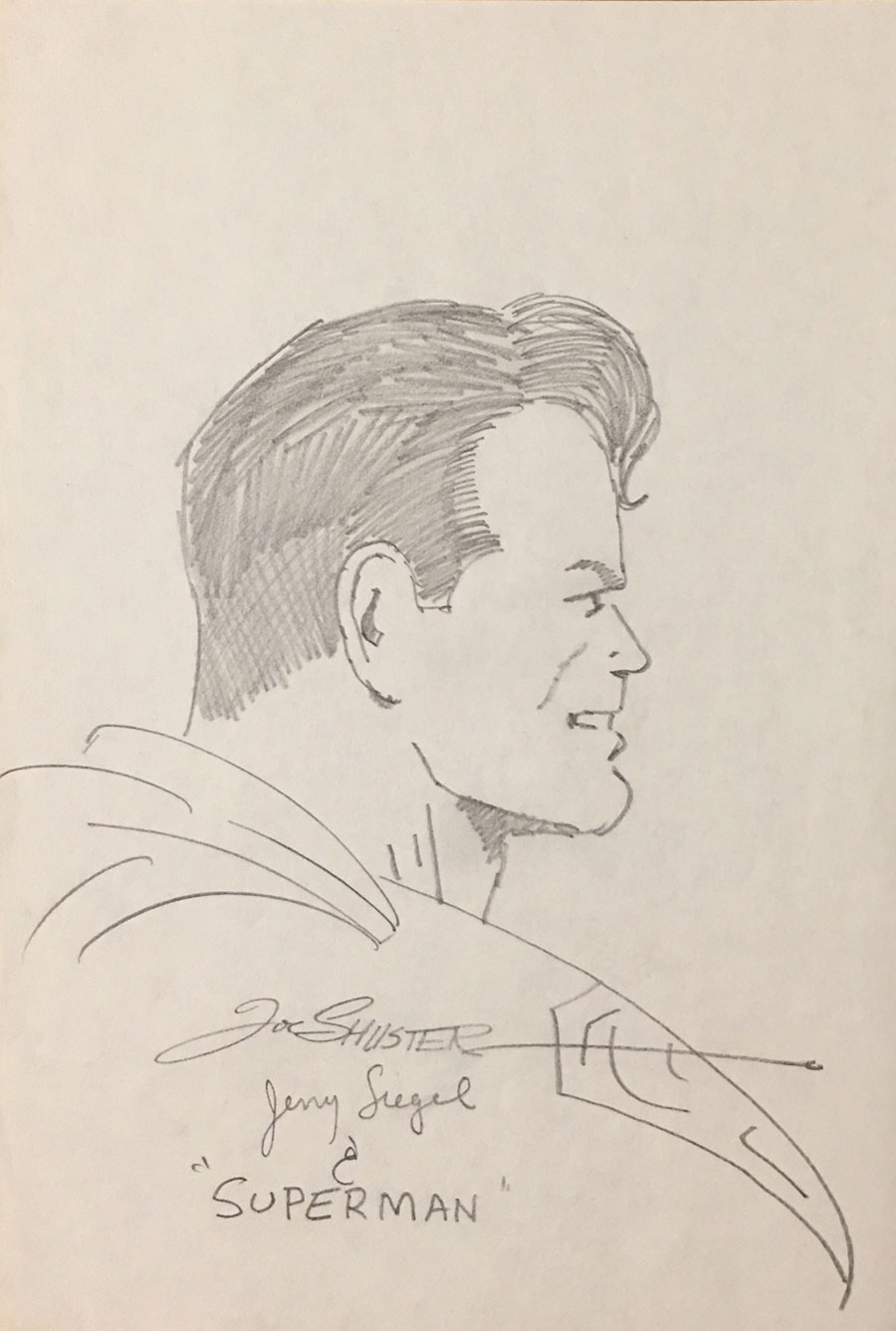 Watch
Joe Shuster pencils and signed; 6.75" x 9.875" Drawn in the 1980sThis beautifully rendered Superman drawing from the early 1980s, is by none other than the co-creator, Joe Shuster. Even better still is that it is signed by both Shuster and Jerry Siegel. Own a piece of comic history from the creators of the greatest superhero of all, Superman!