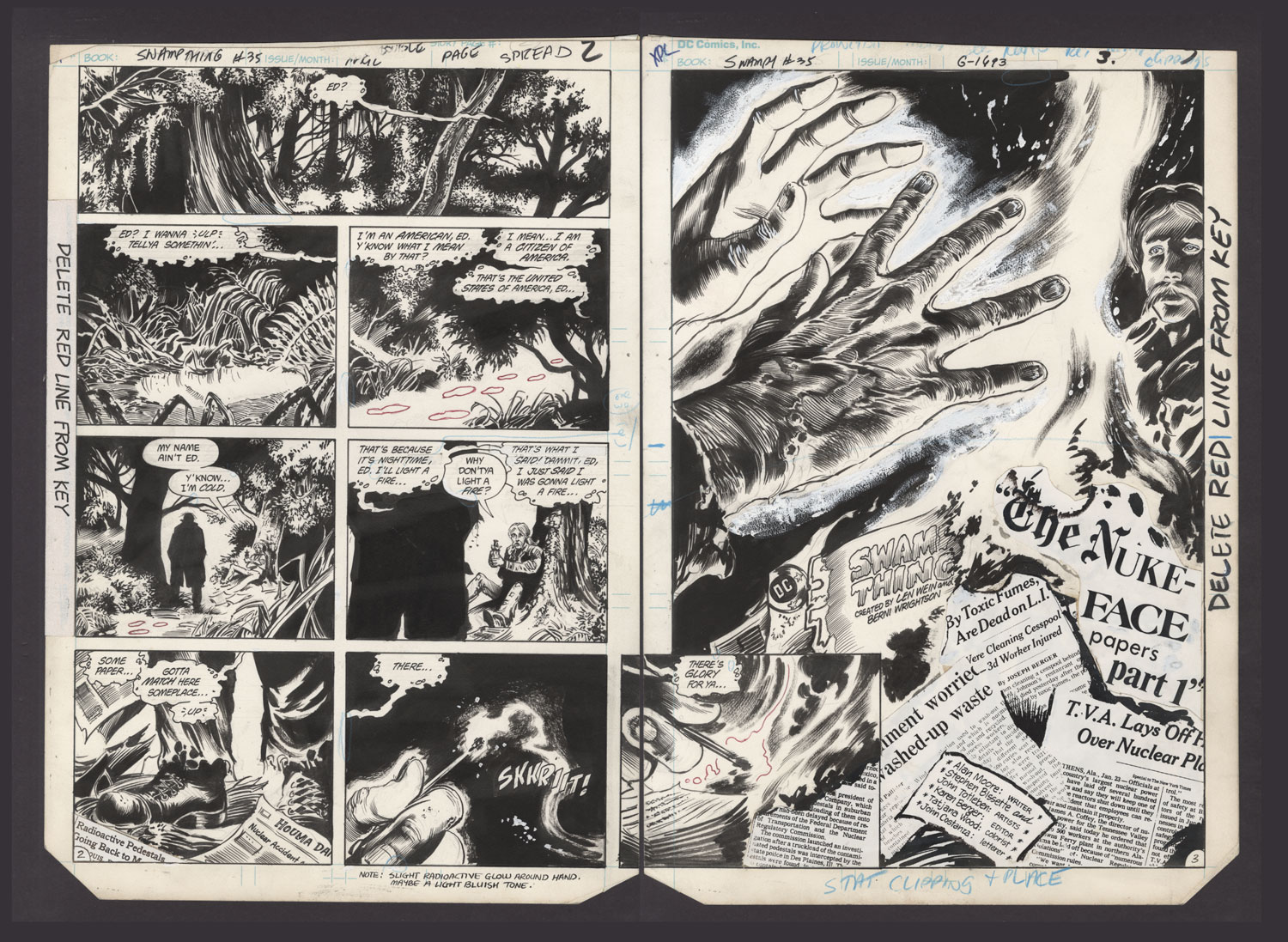 After a childhood in Erie, Pennsylvania spent consuming a steady diet of comics, monster magazines, and monster movies, John Totleben went to the Joe Kubert School of Cartoon and Graphic Art where he met Stephen Bissette. Together they worked on Bizarre Adventures followed by Swamp Thing, which they drew for almost three years. Totleben is best known for his illustrative work on Alan Moore's Miracleman. His other credits include 1963, Vermillion, and The Dreaming.