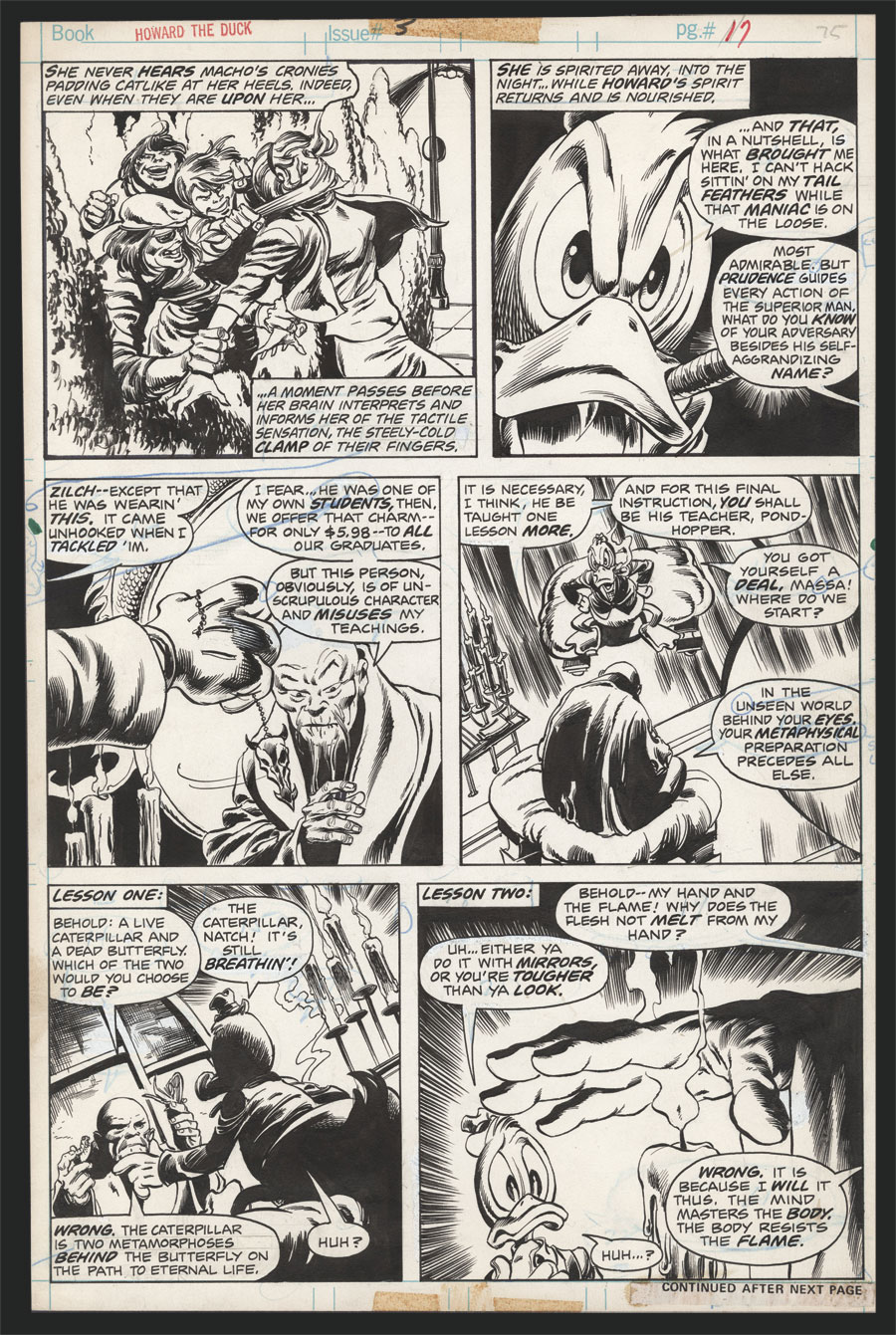 DESCRIPTION
Share This:
Pg. 17; John Buscema pencils, Steve Leialoha inks; image size 10" x 15"In the 1970s martial arts were all the rage, Bruce Lee was a box office smash, the David Carradine vehicle "Kung-Fu" was a top-rated TV series, Elvis Presley even got in on the action. Anyone who read Bronze Age comics has fond memories of the plethora of ads for Yubiwaza and Ketsugo, even nunchucks and throwing stars were available via mail order back in the funky decade. It's no mistake that cult favorite Howard the Duck would take on the subject, as the series was known for poking fun at the fads of the time period, and in issue #3 the wisecracking waterfowl would skewer the fervor for hand-to-hand combat, while also providing a straight-faced moral lesson.

Page 17 from this entertaining issue showcases the respected talents of John Buscema and Steve Leialoha as Howard has a deep conversation with a stereotypical wizened master who ticks off every cliche straight out of a Shaw Brothers movie. Buscema's agile pencils combine with Leialoha's inks to create a moody sequence which begins with a kidnapping before presenting a multi-perspective look into the mystical trappings of the teachings of Quack-Fu. Admirers of the kooky kitsch that dominated the pages of Howard the Duck are sure to be meditating on their strategy to bring home this awesome page.