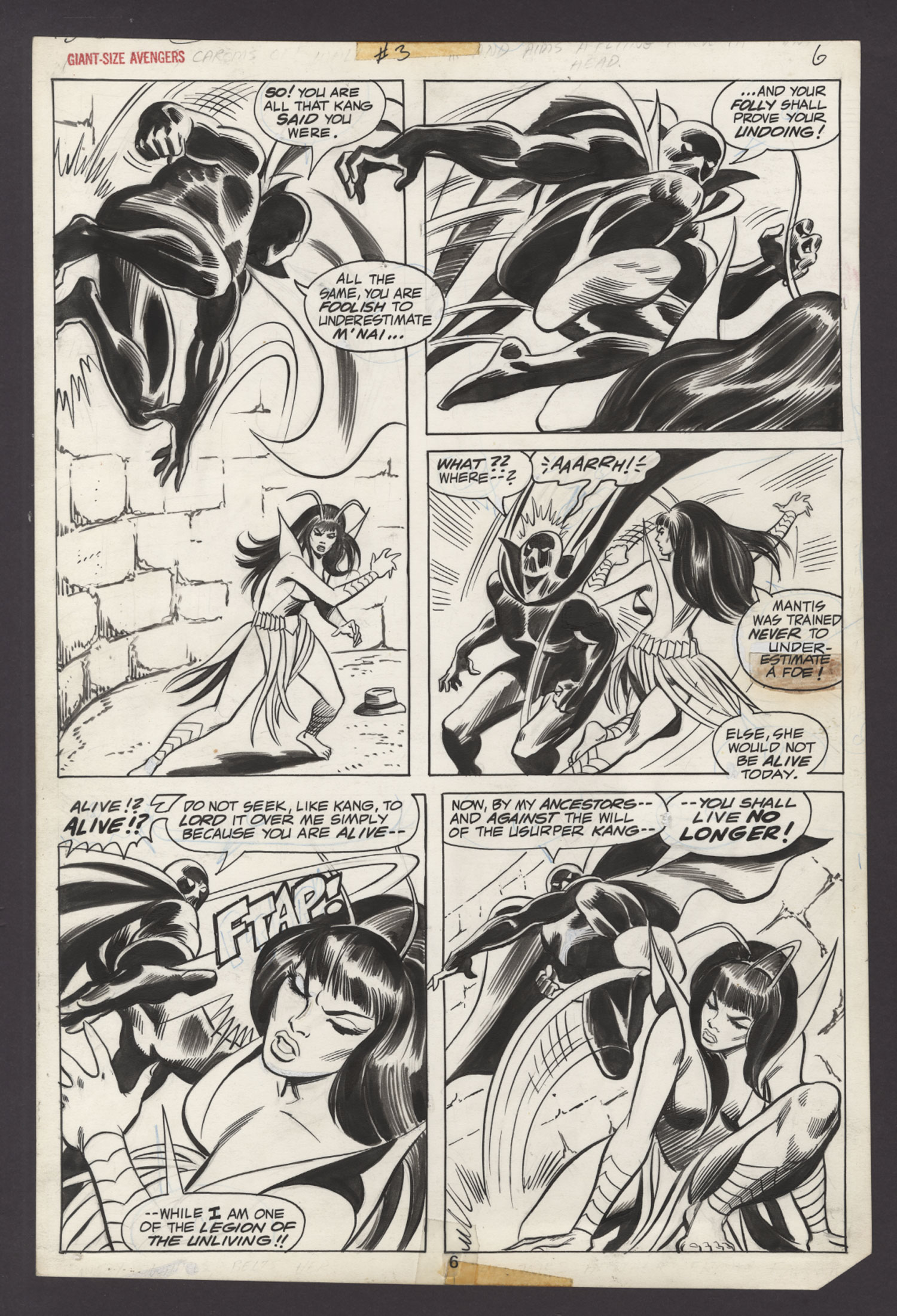 Watch
Pg. 6; Dave Cockrum, layouts and breakdowns, Joe Giella, finished art and inks; image size 10" x 15"Dave Cockrum was primarily known for his successful run on the new X-Men first introduced in Giant Size X-Men #1, but his work for Marvel was prolific, and this page from Giant Size Avengers #3 is a testament to his talent and power. The action here involves Mantis fighting Midnight aka M'Nai during a quest to rescue Vision from Kang, and each panel is full of good old superhero battle scenes delivered in the masterful way only Cockrum could.
Artists Information