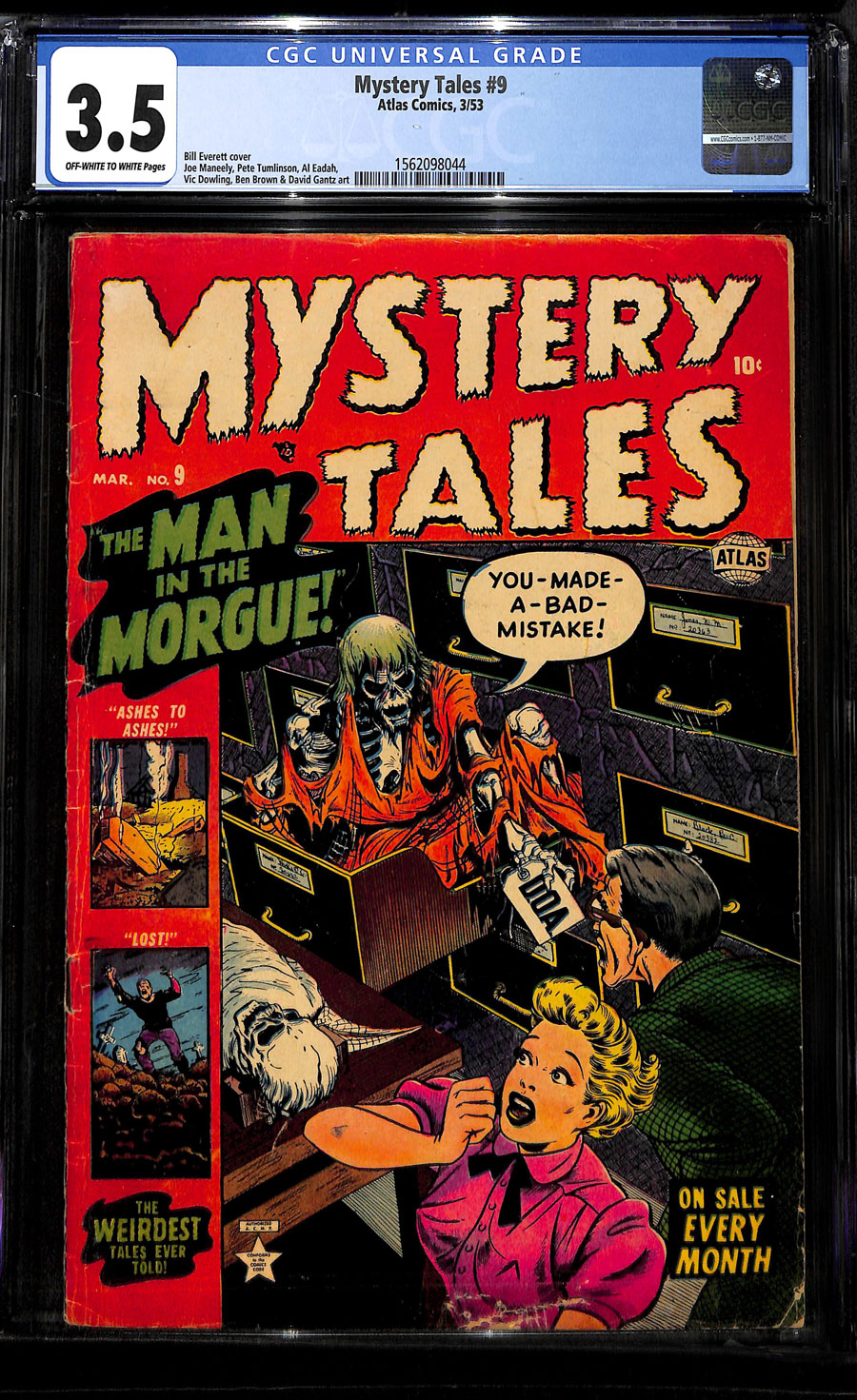 Auction Ends In
$12
Current Bid
4
Bids
NEXT MIN. BID: $13
Bid Confirmation
You are about to submit a bid of . If you win this auction, you are legally obligated to purchase the book. Are you sure you want to continue?
Don't Show Again (except when higher than min. bid)
(No Reserve)
PUBLISHER: Atlas
COMMENTS: ow/white pgs
classic Everett cover
Second City Collection
Read Description ▼
Sell One Of These Inquire About This

Watch
ow/white pgs
classic Everett cover
Second City CollectionMystery Tales #40 was prominently featured on the hit TV series "Lost", making that issue quite possibly the most-famous of the run. Few fans of that series might be aware that issue #9 of Mystery Tales features a story in its back pages named "Lost!", which concerns hidden loot and a couple who are trapped in a cave for two decades, one can't help but think there may be something to this strange connection between the show and the comic. Other spooky stories in this comic include the tales "The Specimen", "Hunger", "Ashes to Ashes", and "The Man in the Morgue", add in the classic Bill Everett cover and you have a nifty little book filled with things that go bump in the night, plus that mysterious "Lost/Lost!" thing.
Artist Information