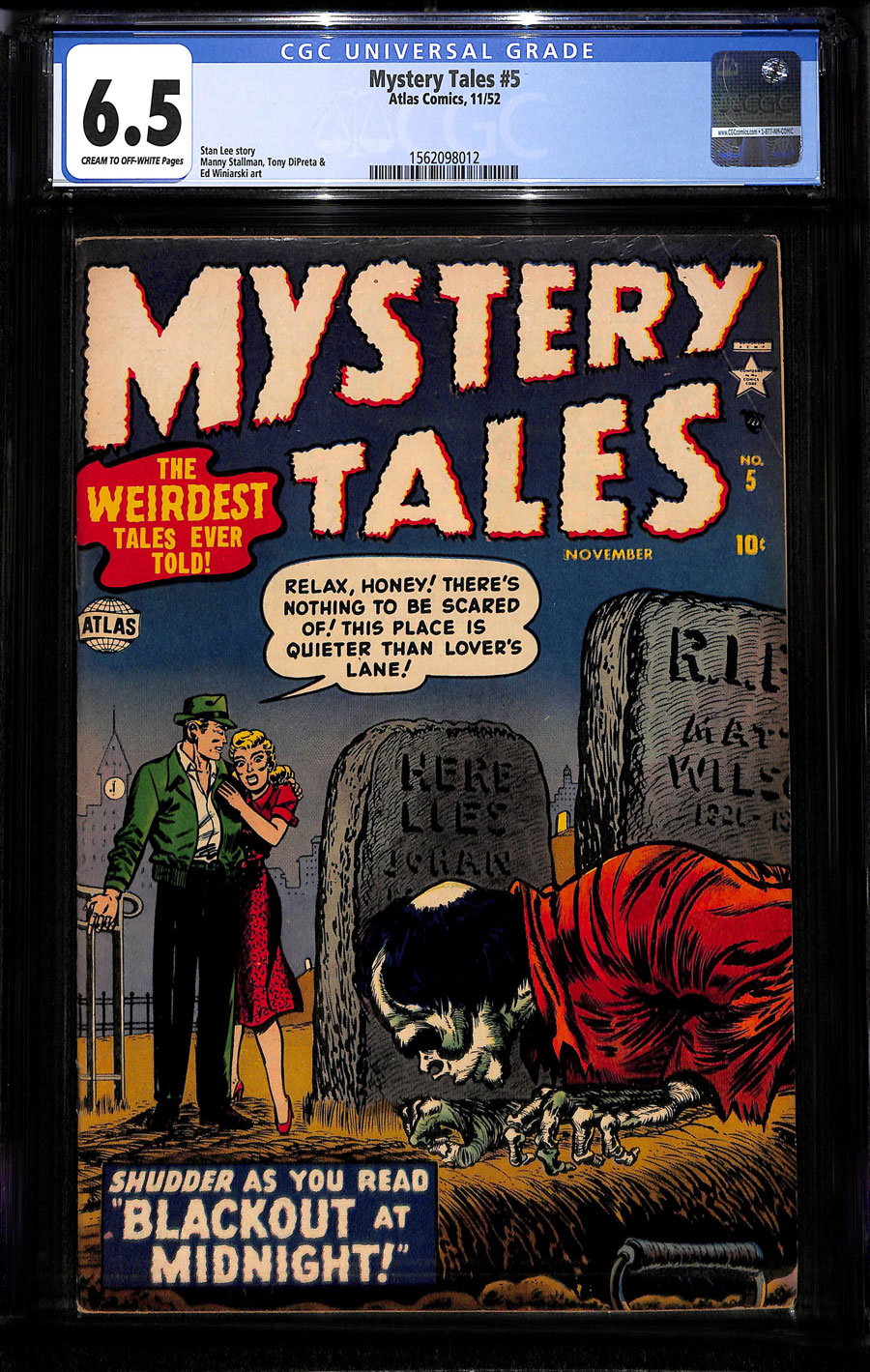 DESCRIPTION
Share This:
crm/ow pgs
Stan Lee script
Second City CollectionStan Lee was one of the people responsible for preventing the Atlas Comics ship from sinking under the waves during the tumultuous post-war period, when comics were at a low point. He was able to keep food in the stomachs and clothes on the backs of his staff of writers and artists by putting out these mini shockers, along with romance books, crime potboilers, and humor comics, essentially anything to keep the lights on. Even his determination began to waver during this era, but the effort would not prove to be fruitless, as the staff at Atlas were unknowingly setting the stage for an incredible rebirth once the Silver Age got underway, it is in books such as Mystery Tales #5 that you can witness this phenomenon beginning to take shape.