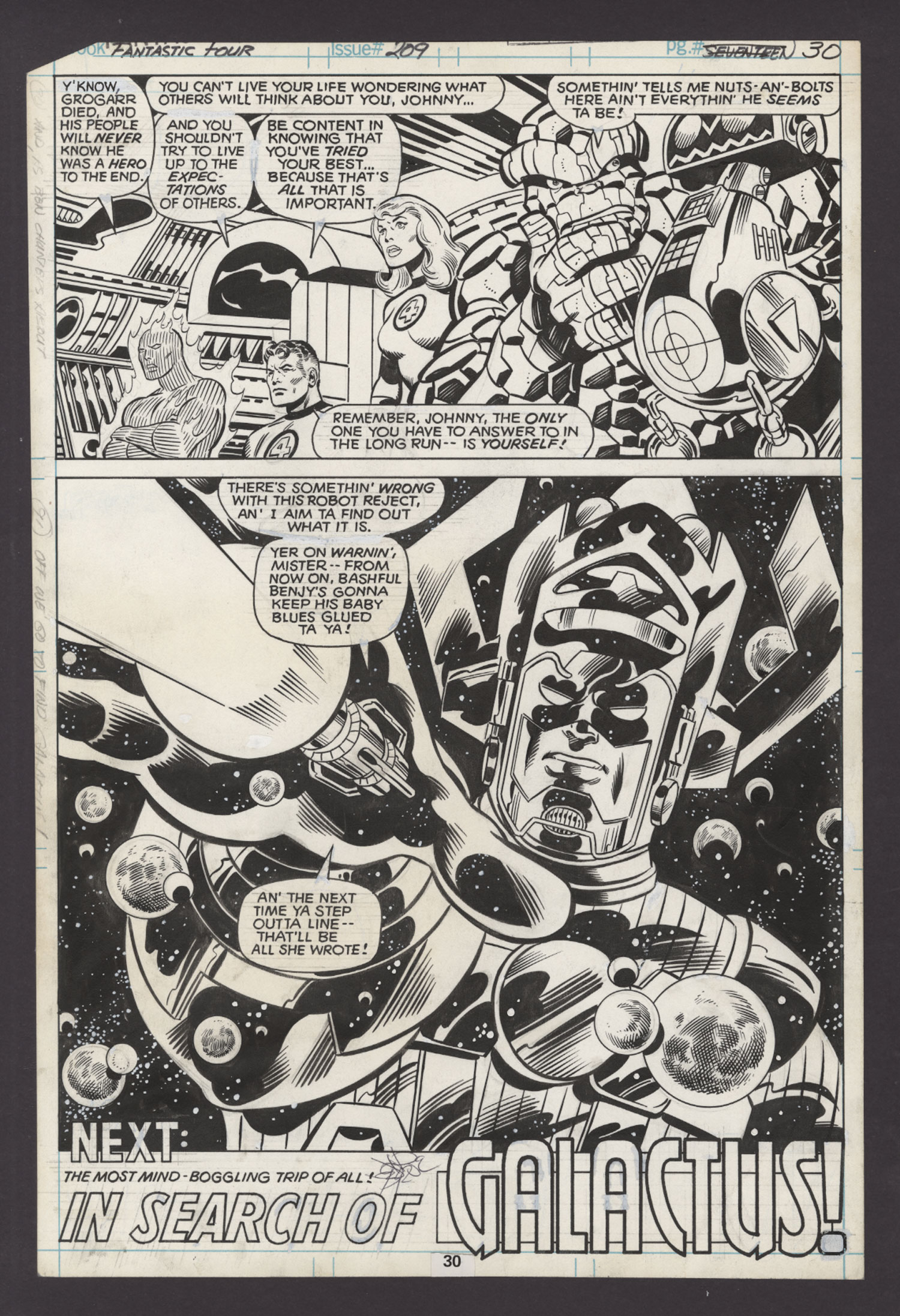 Watch
Pg. 30; John Byrne pencils, Joe Sinnott inks; 11" x 17"Canadian artist John Byrne burst on to the scene with a powerful impact on Bronze Age comic book art, which is still felt today. Working his way up through the ranks at B-level publisher Charlton, Byrne quickly landed a position at Marvel, where he would go on to revolutionize the X-Men franchise, turning Wolverine and Dark Phoenix into two of the most beloved characters in the history of the publishing house. Before taking over Fantastic Four for a five-year run, Byrne would do spot work on the title whenever called upon. This half-splash comes from his very first work on the franchise and stands as a precursor of great things to come.

Fantastic Four #209 is a memorable issue for several reasons. Not only is it the first time Byrne tackled "the World's Greatest Comic Magazine," but it also presented the first comic book appearance of the team's newest member, the oft-maligned HERBIE. Luckily all thoughts of gimmicky robots are wiped away in one fell swoop by the Devourer of Worlds, Galactus, in what may be Byrne's first depiction of the cosmic threat. Overall this is an important, historical, and collectible piece of comic art, which sees one of the great illustrators embarking on a long journey with some of Marvel's most popular heroes.