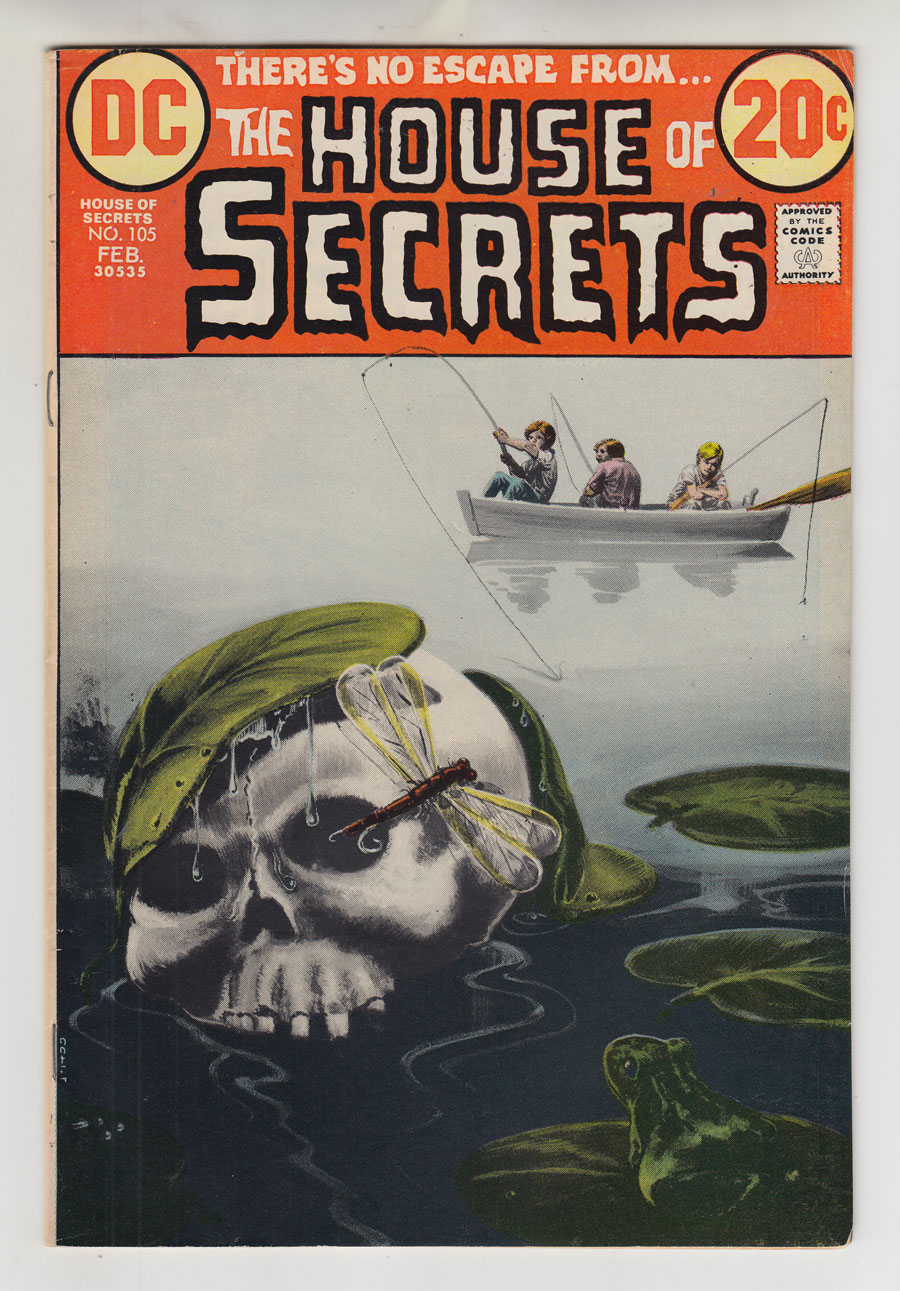 $10
Sold For
4
Bids
This auction has ended.
PUBLISHER: DC
COMMENTS: crm/ow pgs
grey-tone skull cover
Read Description ▼
Sell One Of These Inquire About This

Watch
crm/ow pgs
grey-tone skull coverCover art by Jack Sparling. "Vampire," script by Maxene Fabe, art by Gerry Talaoc; A stepfather takes his child actor son to a "vampire cave" in order to dispose of him so that he can claim a two million dollar trust fund, but an actual vampire gets him before he can do so. "Coming Together!", script by Steve Skeates, art by Jim Aparo; A poet reads a poem which contains an incantation in a coffee house which brings three demons together to possess a sculpture; The sculpture menaces a waitress and a big bruiser type who is sweet on her manages to destroy it, but unfortunately for him, she is more interested in the college professor who was tracking the demons and destroys the poet's poem to prevent more carnage. "An Axe to Grind," script by Steve Skeates, art by Alfredo Alcala; A half-wit chops up his brother with an ax after he sees him talking to a girl he fancies; He doesn't believe that his brother was just asking her to be more polite to him, and so buries the pieces of the body out in the field.