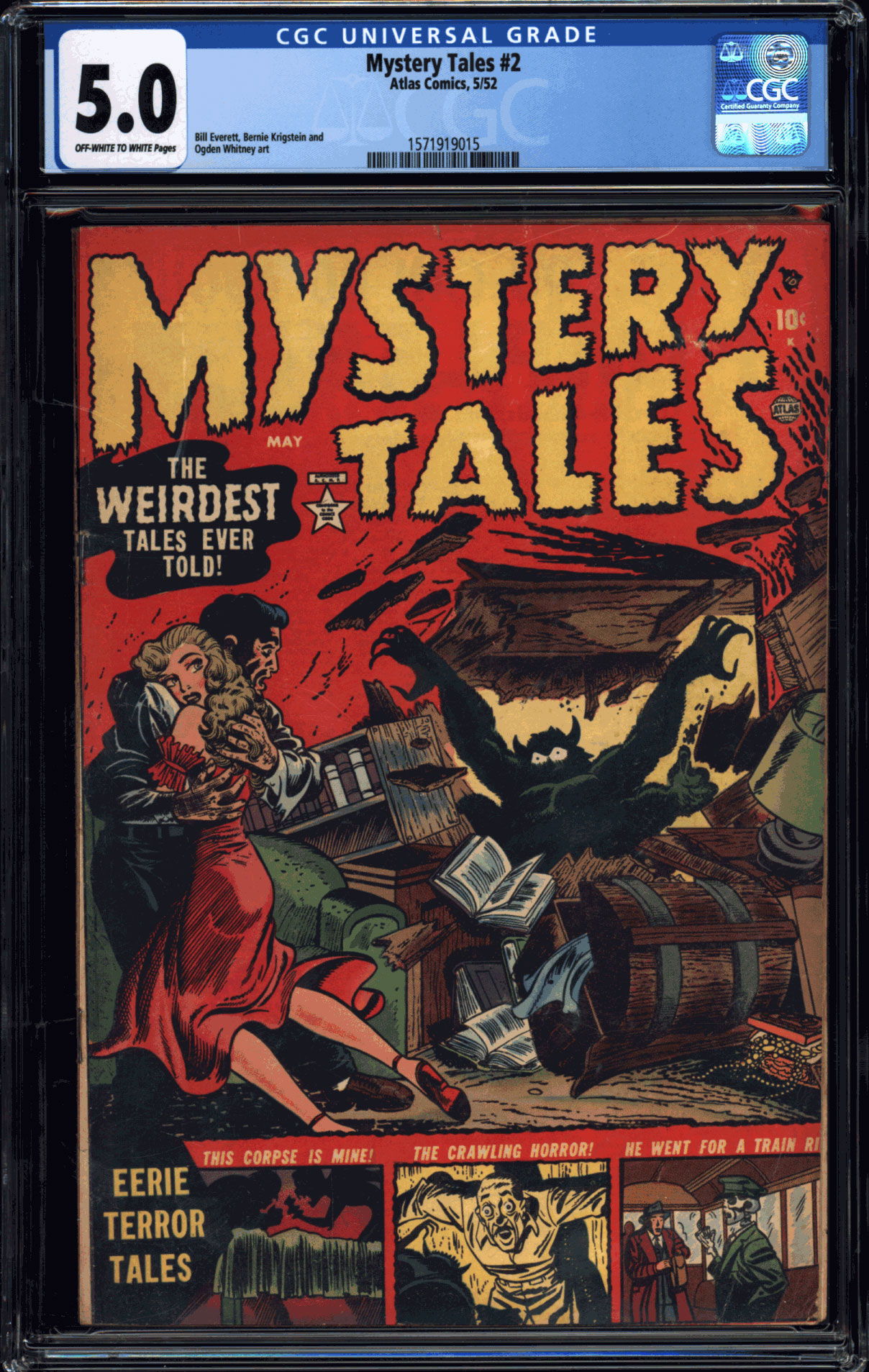 Watch
ow/white pgs
Krigstein art; Everett art; giant gorilla story
Second City CollectionOgden Whitney, who submitted "The Crawling Horror" story to this issue of Mystery Tales was best known for his creation, Herbie Popnecker, a rotund super-hero spoof that went on to become a popular cult character. It was these unsung heroes that toiled away in relative obscurity during these low days of the comic industry who were responsible for churning out titles like Mystery Tales for Atlas, as they hung on by their fingernails until their luck would change for the better. Some of the other tales of terror in this book are "This Corpse is Mine", "The Rat Race", and "He Went for a Train-Ride".
Artist Information