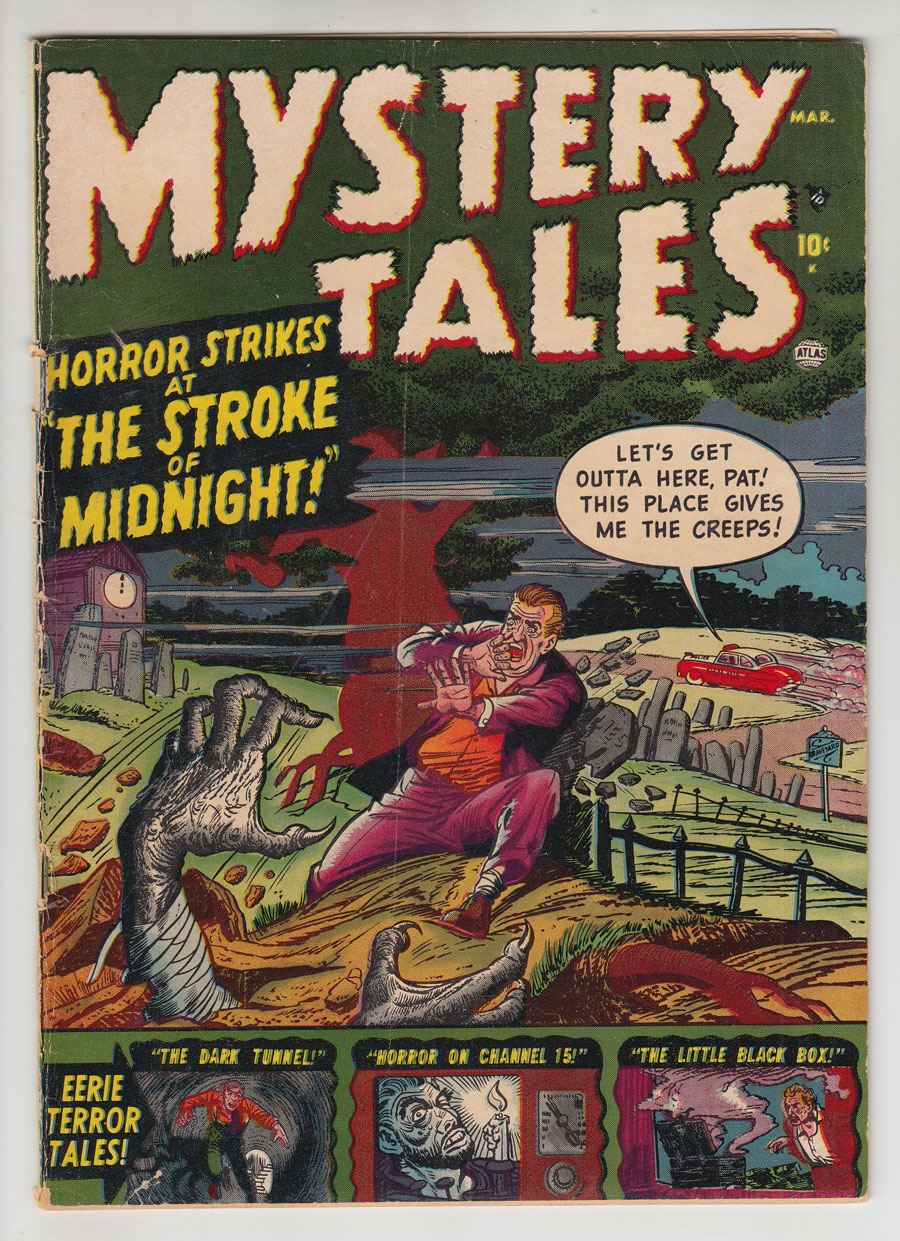 $428
Sold For
20
Bids
This auction has ended.
PUBLISHER: Atlas
COMMENTS: off white pgs
Colan art (3/52)
Second City Collection
Read Description ▼
Sell One Of These Inquire About This

Watch
off white pgs
Colan art (3/52)
Second City CollectionIn the time period after the creation of the Comics Code Authority publishers had to obey a set of rules, which had basically defanged the industy. EC and other exploitation imprints were hobbled and the entire comic book business seemed on the brink of extinction. It was at this point that struggling companies like Atlas decided to slyly maneuver around the restrictions of the CCA and put out a glut of somewhat tame horror-themed comics in hopes of capturing the audience who suddenly had nowhere to turn for their cheap thrills. The artists that labored away on these shockers were unwittingly molding the style that would graduate to fruition once the super-hero craze reignited in the Silver Age. Mystery Tales #1 was ground zero for this interesting era, with submissions from Paul Maneely, Gene Colan, and Paul Reinman, this is a solid post-code horror comic classic.
Artist Information