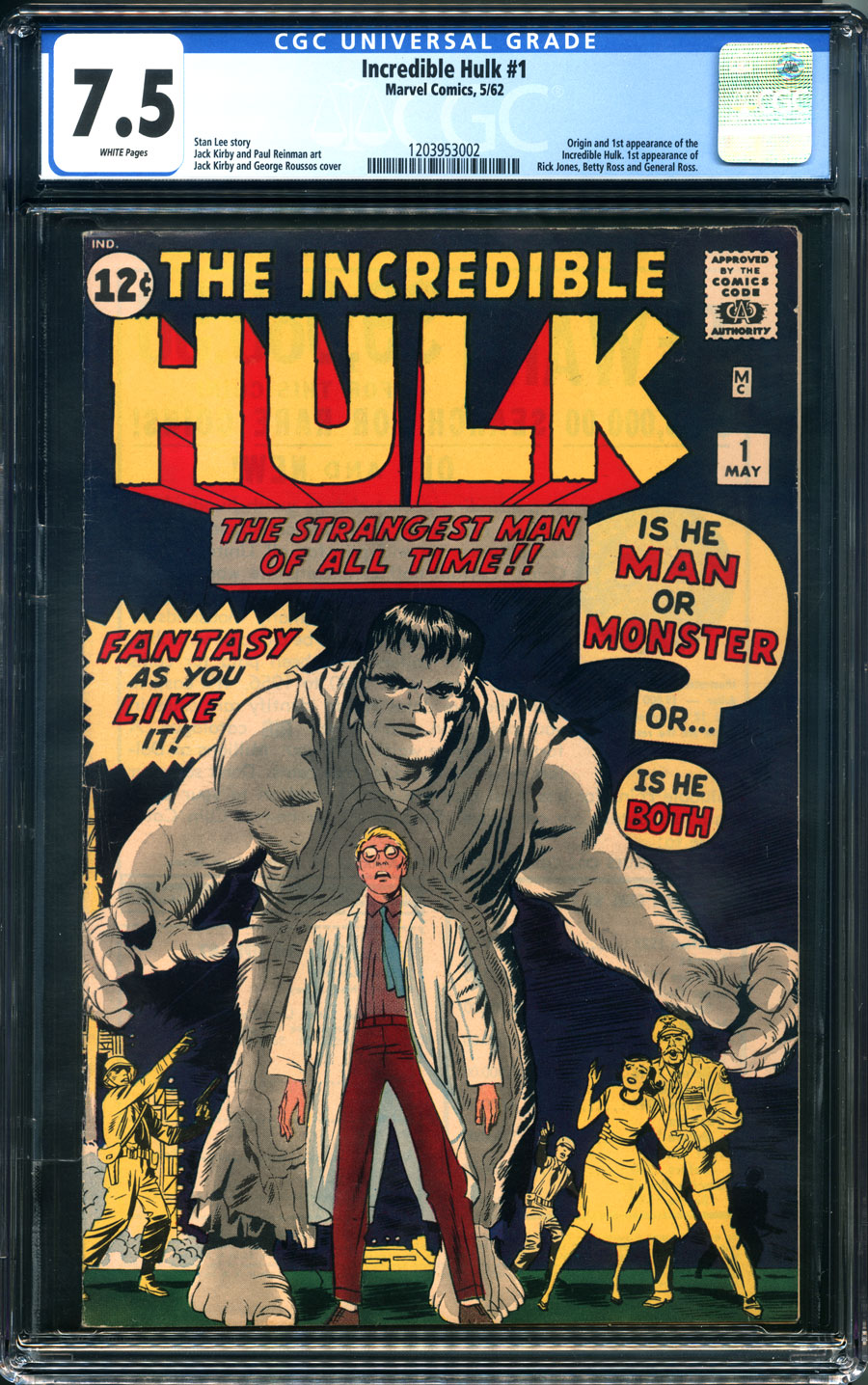 This copy is in spectacular shape with the rich tones of the blue background highlighting the iconic gray Hulk looming over the horrified Bruce Banner and awed onlookers. The tinged cover with minimal wear belies the white interior pages. Growth in the value of this comic is a guarantee and investment-grade copies like this one will go quickly.