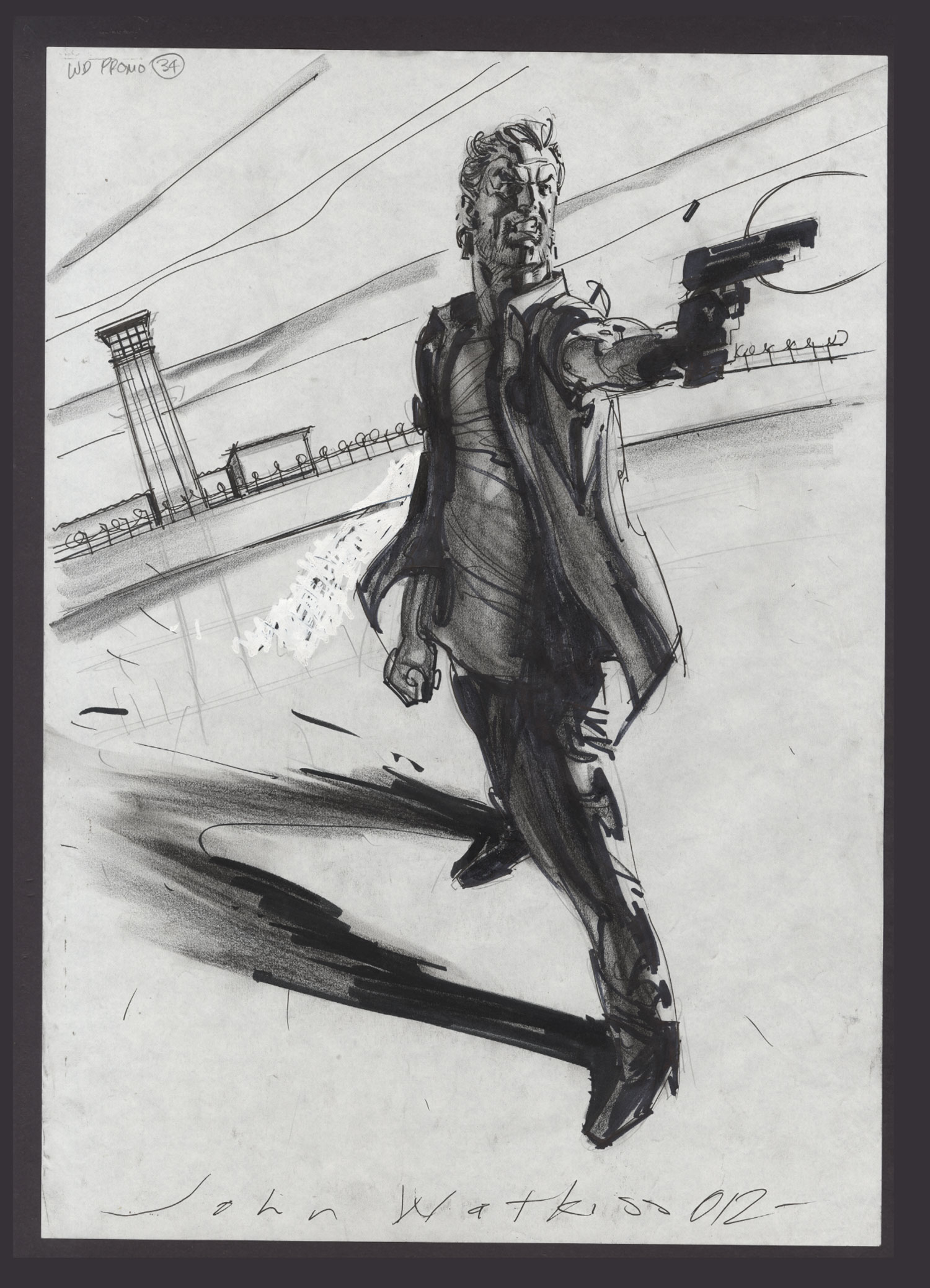 
While the now iconic television series has enthralled millions, its origins began in illustration. While comic books can be quite cinematic in structure, adapting them to the screen still proves problematic for many films and tv series. For instance, certain elements that worked great for the comic, might read differently to a television audience. This collection of production art is a rare opportunity to own official Walking Dead artwork from the talented John Watkiss, featuring alternative concepts of previously known characters and scenes from the comics and new ones made only for the TV show.