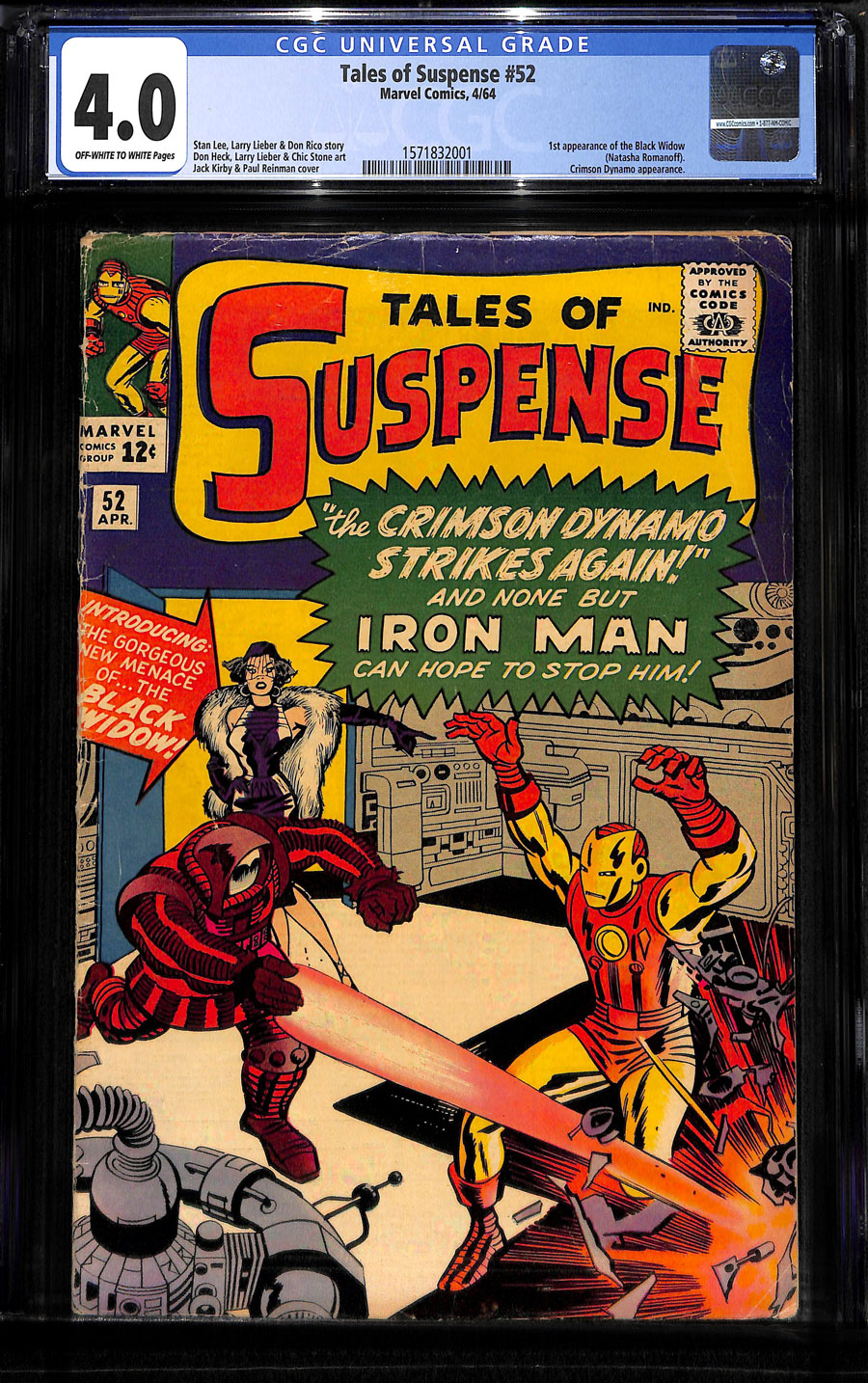 Watch
ow/white pgs
Jack Kirby cvr; 1st app. of the Black Widow (Natasha Romanoff)Stan Lee certainly had a knack for taking the worlds' current Geopolitical crises and turning them into triumphant adventures with dynamic characters. At the apex of the cold war; Lee and writer Don Rico introduced us to the "Black Widow" Russian spy and future Avenger. In this Iron Man story the "femme fatale" is dispatched to America to kill former soviet scientist and super-villain Anton Vanko/Crimson Dynamo. She nearly succeeds in her mission by putting the moves on old "shell head" as a distraction long enough for Vanko to be her in cross hairs. Artist Don Heck originally depicted widow as more of a "madame" and was even referred as one in this issue but would later shed that style in favor of a more sleek catsuit that we all recognize today. Now Black widow is undoubtedly a household name due to the mega success of the Avengers movies and now with her own solo movie soon to be released no collector should be without this iconic issue.
Artists Information

Lawrence D. Lieber is an American comic book artist and writer best known as co-creator of the Marvel Comics superheroes Iron Man, Thor, and Ant-Man; for his long stint both writing and drawing the Marvel Western Rawhide Kid; and for illustrating the newspaper comic strip The Amazing Spider-Man from 1986 to September 2018.From 1974 to 1975, he was editor of Atlas/Seaboard Comics. Lieber is the younger brother of Marvel Comics' writer, editor, and publisher Stan Lee.