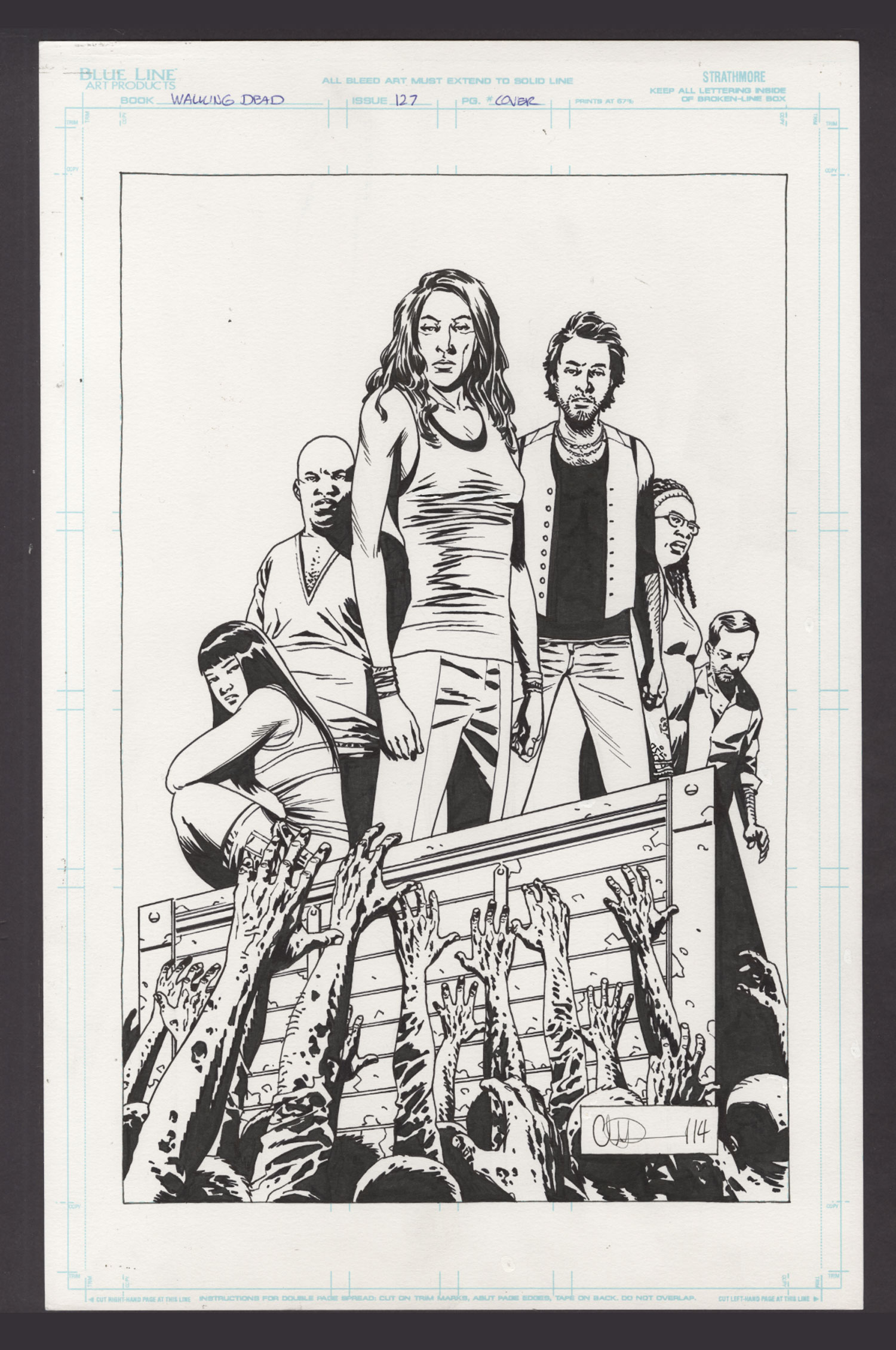 DESCRIPTION
Share This:
Unpublished; Charlie Adlard pencils, inks and signed; image size 9" x 13.75"
1st app Magna and the Richmond groupThis is an original signed drawing by Charlie Adlard, an unpublished version of the cover of Walking Dead #127. The issue (and this illustration) introduces a new main character, Magna, who leads a contingent of the Richmond group. This is the first episode of the new beginning for survivors in the world ravaged by the undead, which takes up the action after two years have elapsed since the previous issue. In effect, this drawing reveals Magna before her first appearance inside the comic's pages. She is shown standing with her followers close behind her, trapped on the roof of a horse trailer, trying to keep away from the clutches of a band of walking corpses that has them surrounded. In contrast to the version chosen for the cover, she appears as a resolute part of the group, not as sharply singled out as the main character.