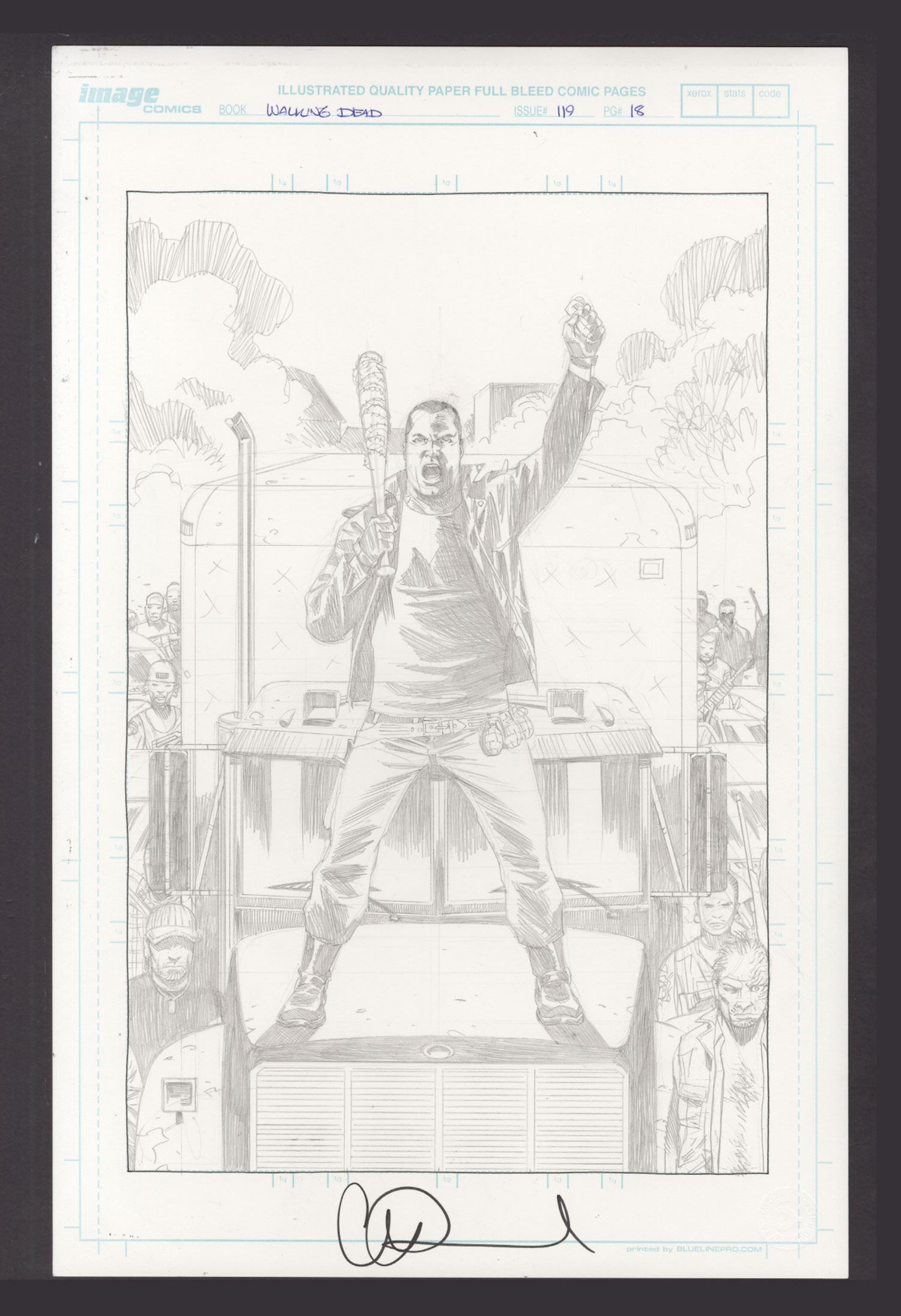 $2,151.00
Last Bid
54
Bids
This auction has ended.
PUBLISHER: Image
COMMENTS: Pg. 18; Charlie Adlard pencils and signed; image size 9" x 13.5"
Negan yelling for Rick to come out
Read Description ▼
Sell One Of These Inquire About This

DESCRIPTION
Share This:
Pg. 18; Charlie Adlard pencils and signed; image size 9" x 13.5"
Negan yelling for Rick to come outThis splash page by Charlie Adlard portrays Negan, the leader of the Saviors, in a characteristically belligerent attitude, standing on the hood of a tractor-trailer, flanked by his followers. He is shouting at Rick and brandishing the baseball bat, wrapped with barbed wire and studded with nails, that he calls Lucille. In his other hand, he's holding a grenade (he has already detonated another, and several more are attached to his belt) and is threatening to throw it at Rick and his companions. His bulky physique is offset by the truck, which he's standing on like a post-apocalyptic pedestal. He is a dominating figure, caught in a dramatic pose. One of The Walking Dead's most powerful antagonists, he remains defiant, despite the ups and downs of a prolonged conflict with Rick and his allies. This is a striking and emblematic portrait of a legendary villain and a prime piece of Walking Dead memorabilia.