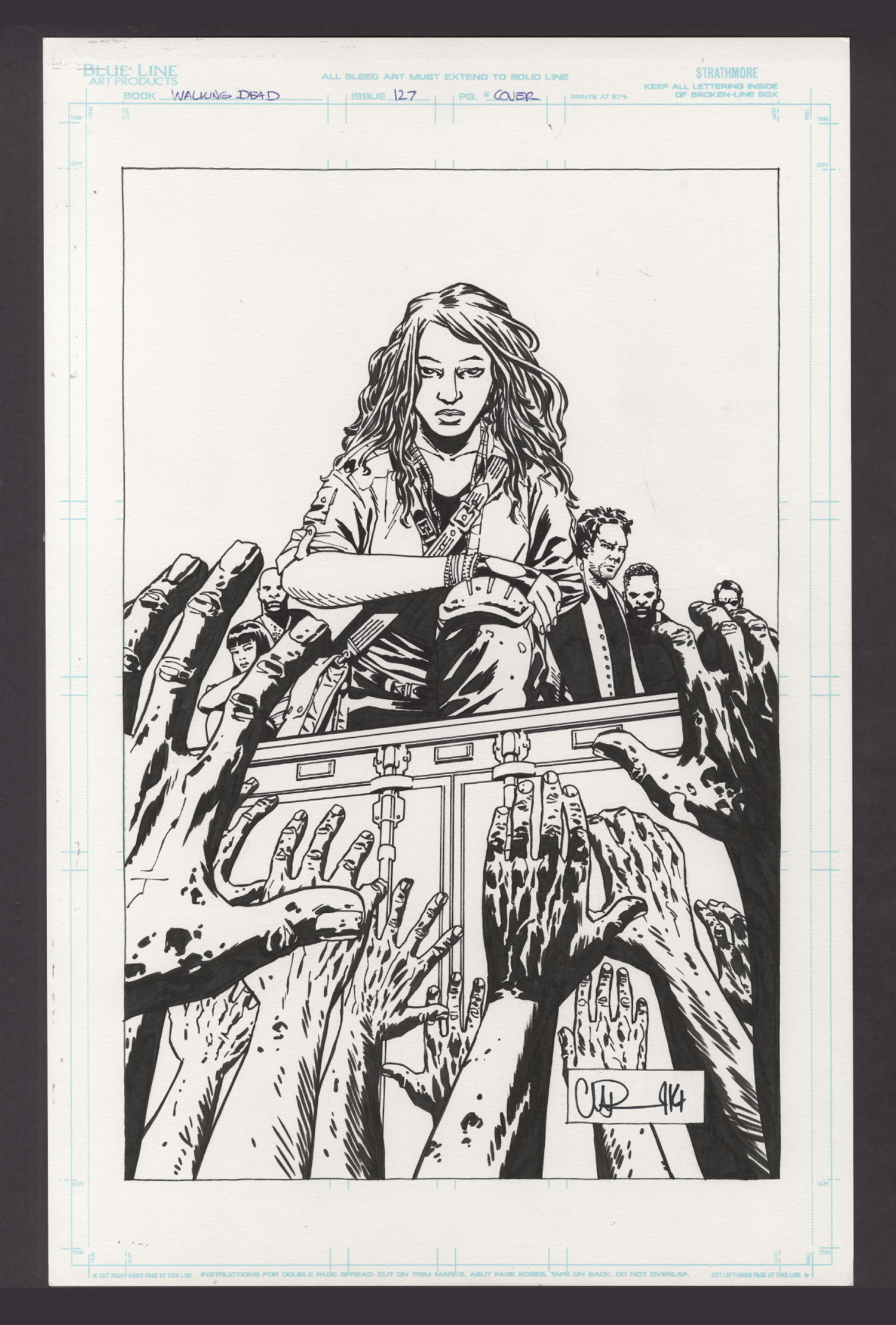 DESCRIPTION
Share This:
Charlie Adlard pencils, inks, and signed; image size 9" x 13.75"
1st app Magna and the Richmond groupThis is the original cover drawing for TWD #127, in which Magna makes her first appearance. This is also the first issue in the sequence entitled "A New Beginning," which takes place two years after the previous issue, where something like a "civilization" has begun to emerge in the wake of the outbreak of the undead. Magna is shown with a small band of Richmond survivors, trapped on the roof of a horse trailer and surrounded by walkers clutching hungrily upward. Despite the dire situation, she appears detached, wrapped up in her own thoughts and gazing impassively down at the undead corpses clawing at her, whose rotten, uplifted hands appear in the foreground. The image supplies an iconic introduction for this central character, representing the challenge of starting again under close-to-impossible circumstances, and is a prime example of Charlie Adlard's magnificent work.