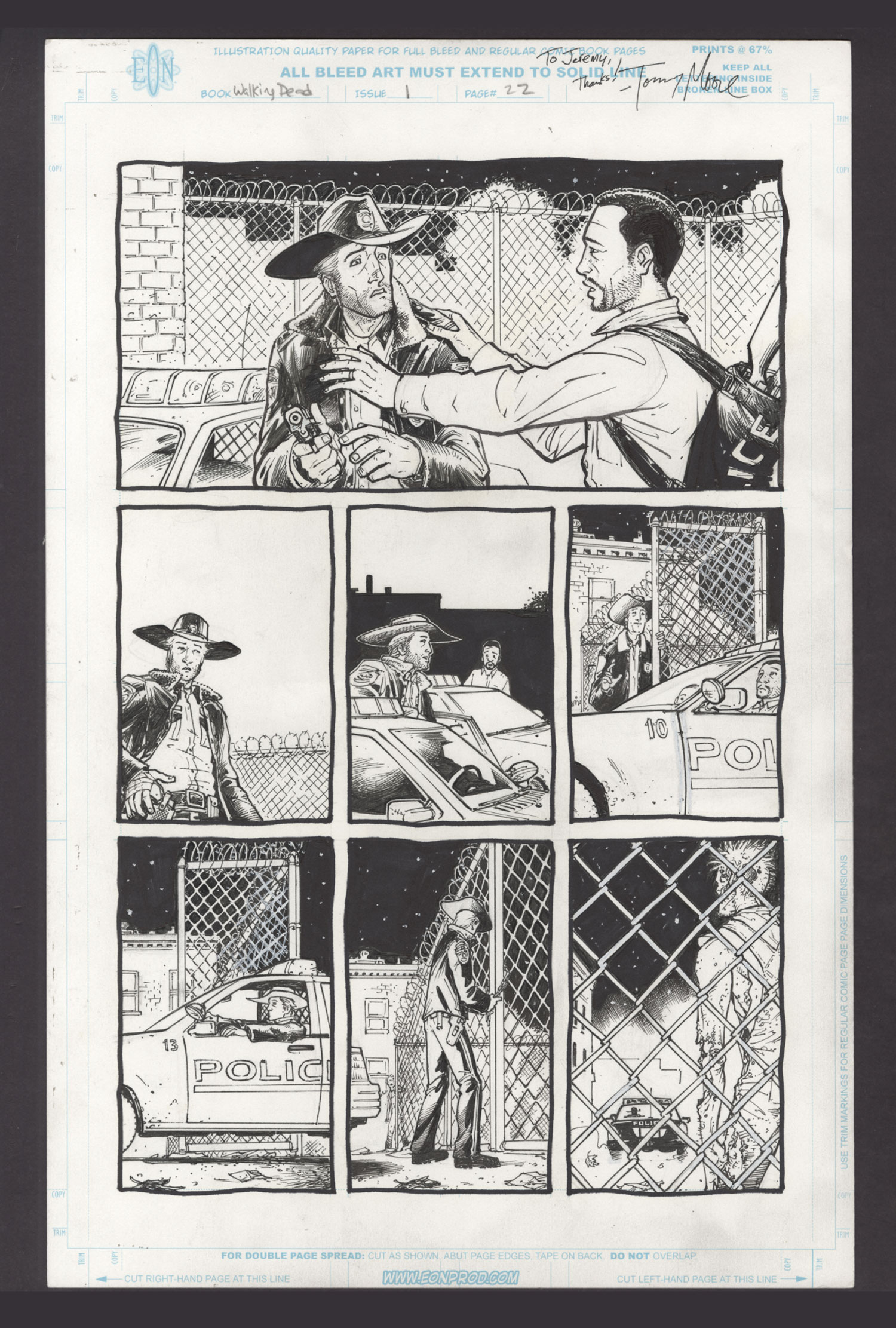 DESCRIPTION
Share This:
Pg. 22; Tony Moore pencils, inks and signed; image size 9" x 14"
Rick says goodbye to Morgan Jones and drives offThis page from the first issue of The Walking Dead depicts Rick Grimes trying to make sense of life in a world overrun with reanimated corpses. Here in these panels, Rick is talking with Morgan Jones, whose son Duane had previously knocked him out cold with a shovel, mistaking him for one of the undead. After recovering, Rick brings Morgan to the police station to procure rifles and police cars for use against the walkers. Morgan reassures Rick that he hasn't gone crazy; everything has changed since before he was taken to the hospital with a bullet wound sustained in the line of duty. Yet Rick remains hesitant and uncertain, even though he senses Morgan's sincerity and goodwill. As Rick closes and locks the gate of the chain-link fence surrounding the patrol cars, he seems to be saying goodbye to his former life, and a civilization he once knew. As he drives away a walker, with his forearm partly eaten away, arrives on the scene as if to welcome Rick to a waking nightmare. Signed by original Walking Dead artist, Tony Moore, these characteristic drawings capture the eerie contrast between ordinary existence as usual and the uncanny menace of the undead.