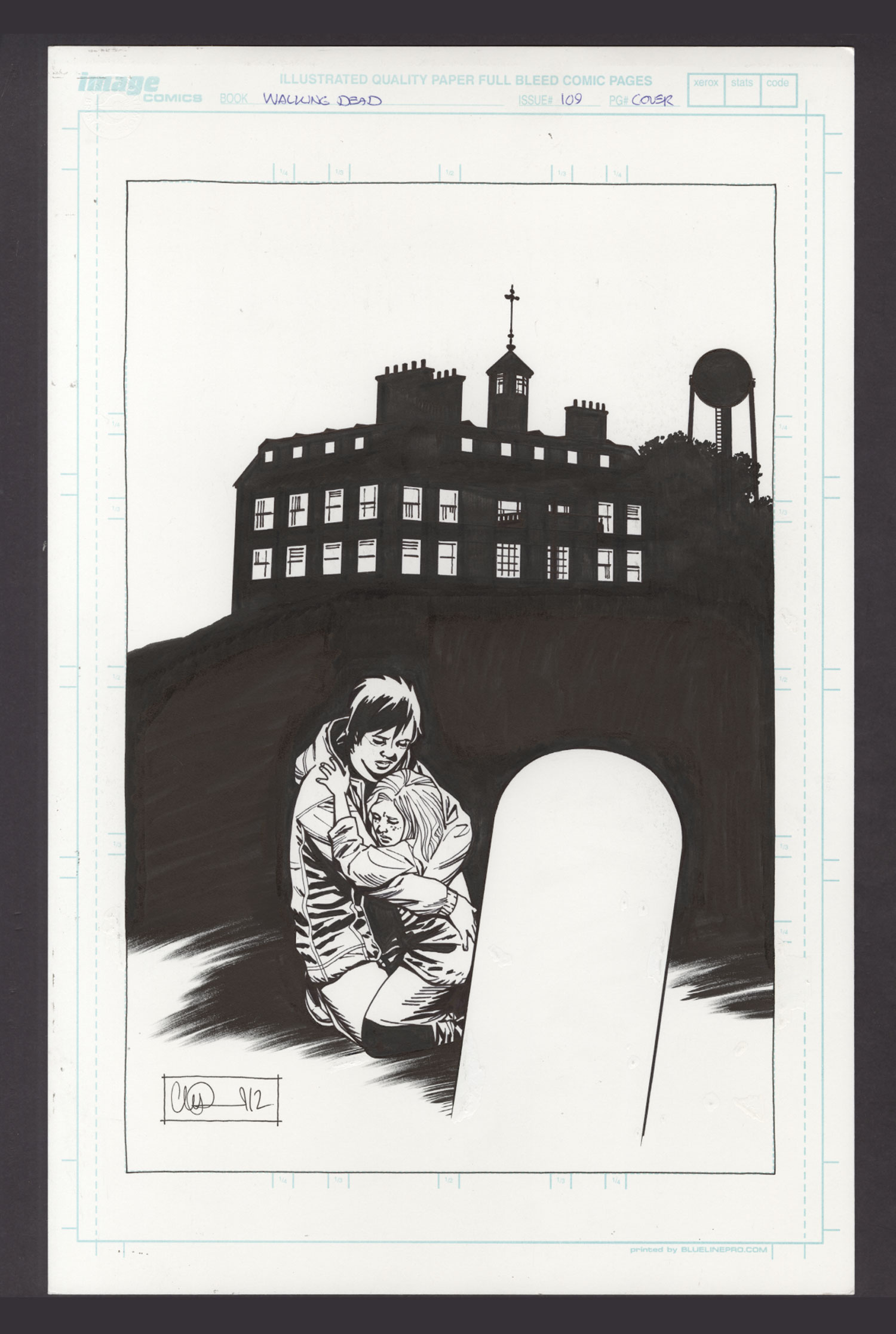 $2,222
Sold For
33
Bids
This auction has ended.
PUBLISHER: Image
COMMENTS: Charlie Adlard pencils, inks, and signed; image size 9" x 13.5"
Read Description ▼
Sell One Of These Inquire About This

Watch
Charlie Adlard pencils, inks, and signed; image size 9" x 13.5"This is the original Charlie Adlard drawing for the cover of The Walking Dead issue #109, showing the tombstone marking the grave of Rick's long-time compatriot, Glenn, who has been beaten to death by Negan with his trusty baseball bat, Lucille. One of the comic's key characters is finished. Grieving beside the grave is Glenn's wife, Maggie, who is holding their adopted twelve-year-old, Sophia, in her arms. Behind them in silhouette is a church and a water tower. It's a striking and somber image, serving as a reminder that death can be earth-shattering, even in a world full of reanimated corpses.
Artist Information