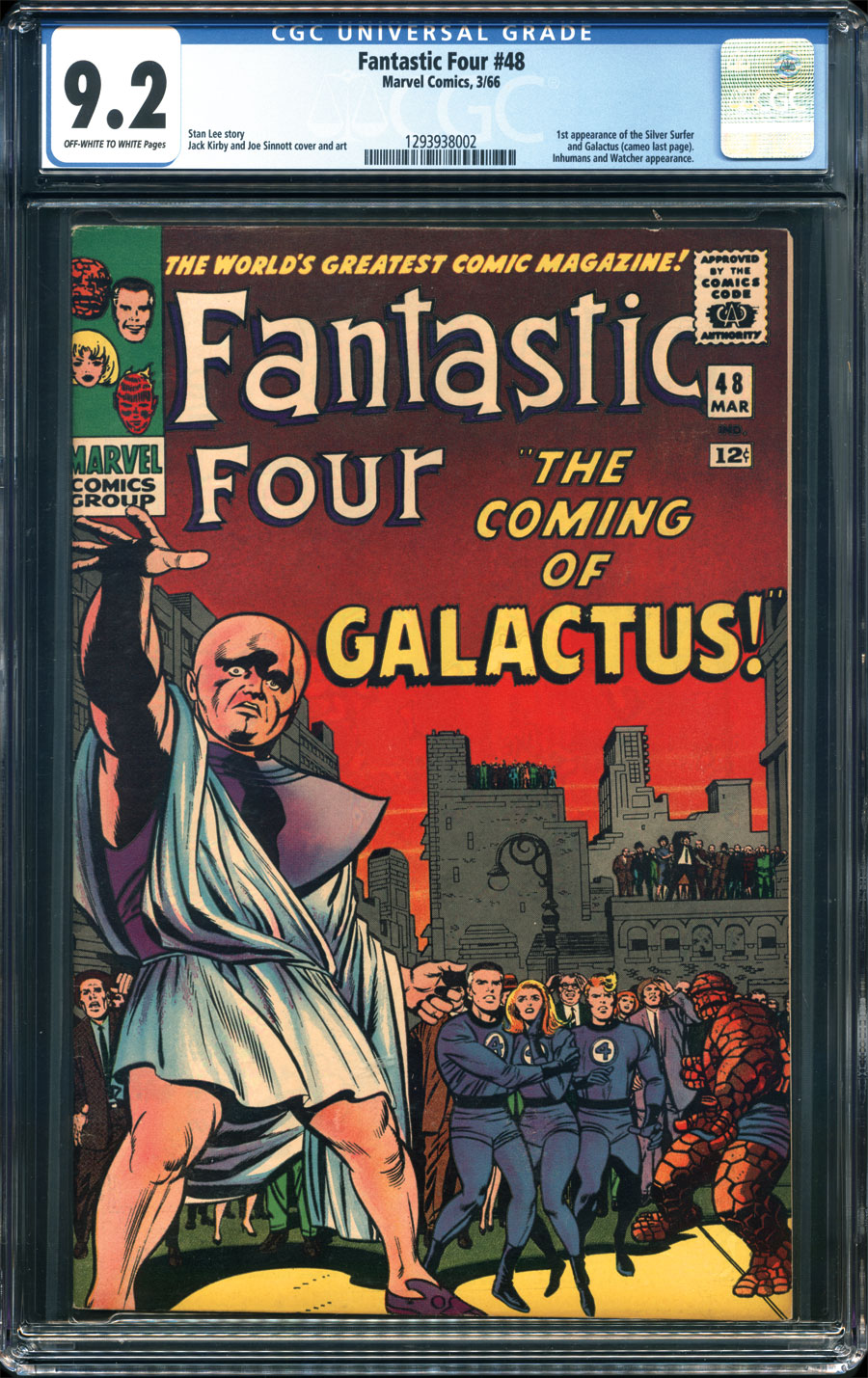 $6,000
Sold For
27
Bids
This auction has ended.
PUBLISHER: Marvel
COMMENTS: ow/white pgs
Kirby cvr/art; 1st app. Silver Surfer, Galactus; the greatest story ever told! (3/66)
Read Description ▼
Sell One Of These Inquire About This

Watch
ow/white pgs
Kirby cvr/art; 1st app. Silver Surfer, Galactus; the greatest story ever told! (3/66)Employing the Marvel Method, in which artists worked from thumbnail plots provided by the author, Kirby and Lee collaborated on their acknowledged masterpiece, the Fantastic Four, for nearly a decade, often leading to some happy accidents and surprises -- such as this issue, when Kirby, sick of drawing spaceships, snuck a sleek, silver, surfing alien into Galactus' first appearance, stunning Lee into writing some of the most deliriously florid, melodramatic prose of his career to date (which is saying something), and launching one of the greatest arcs in comics' history. Introducing the world-eating, imperious purple god Galactus and his tormented herald the Silver Surfer into the international consciousness. There's a reason why we call this "The Greatest Story Ever Told!"
Artists Information