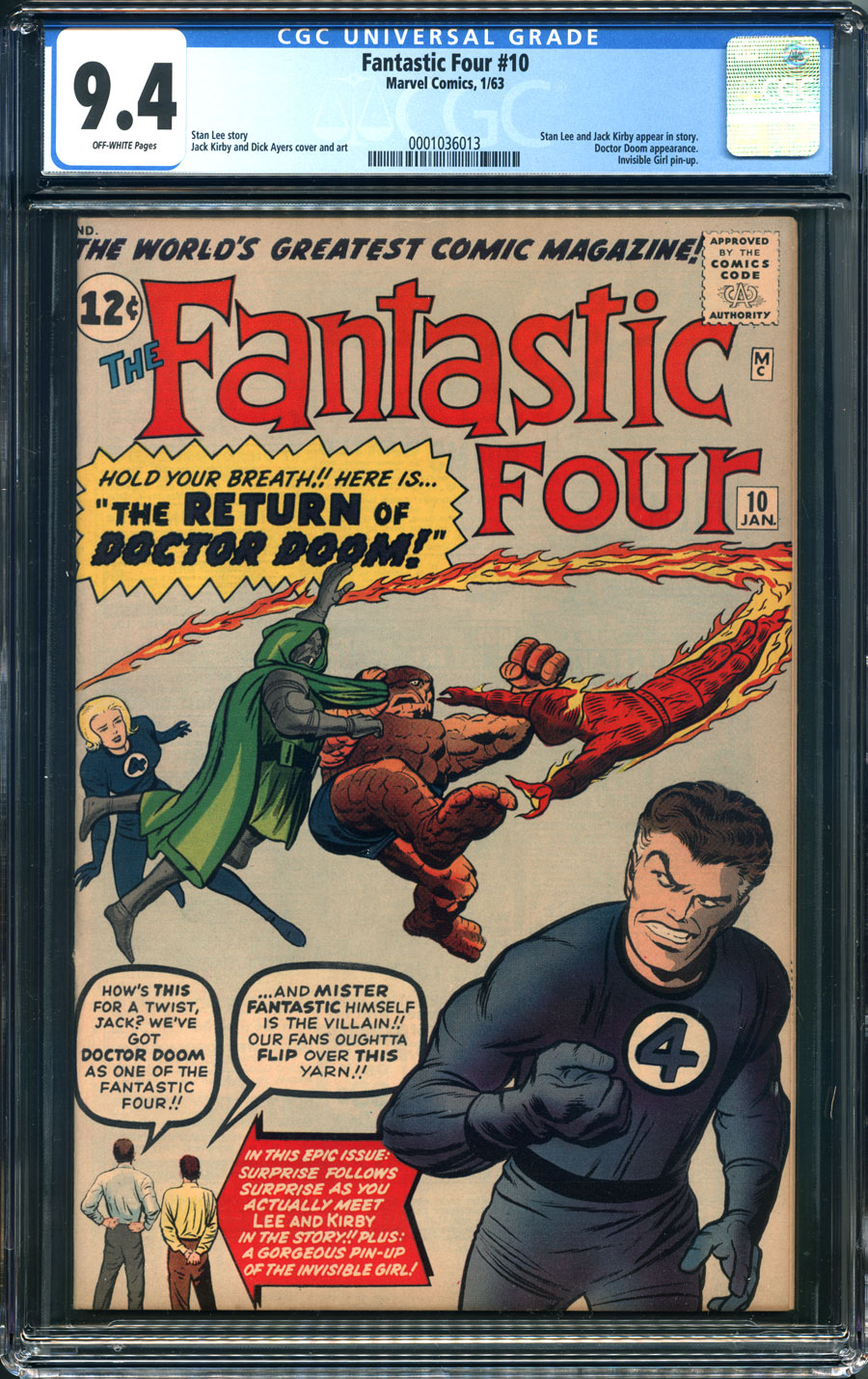 $5,400
Sold For
37
Bids
This auction has ended.
PUBLISHER: Marvel
COMMENTS: off white pgs
Kirby cvr/art; Lee & Kirby appear in story; Dr. Doom app.
Read Description ▼
Sell One Of These Inquire About This

Watch
off white pgs
Kirby cvr/art; Lee & Kirby appear in story; Dr. Doom app.By the time of this issue's appearance, Stan Lee's plan to remake the struggling Marvel into an industry powerhouse was gaining steam and support. Part of the reason for this success was his willingness to treat the Marvel bullpen as stars in their own right, culminating in this clever and beloved issue in which Lee and Kirby guest star in their own popular comic. It was both a winking in-joke meant to appeal to regular readers, and an unmistakable gauntlet thrown down to competitors that Marvel had arrived.