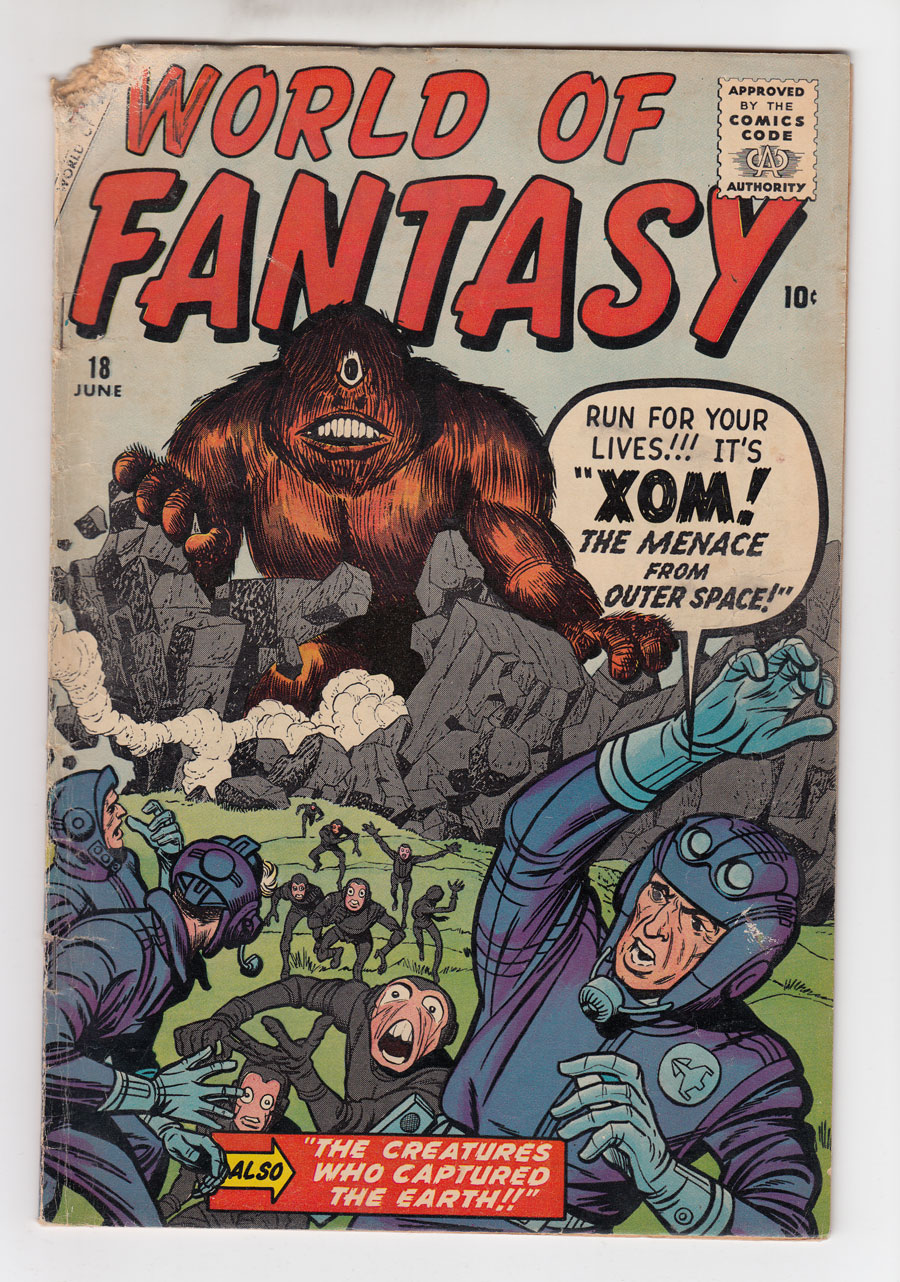 Watch
Kirby cover/art +, Ditko art (6/59)Cover pencils by Jack Kirby, inks by Christopher Rule. The Creatures Who Captured Earth!, art by Don Heck; Aliens come to Earth and give humans the technology to make war and work unnecessary. The Party text story. The Clock Strikes Never!, art by Steve Ditko; A bitter inventor steals the time machine he invented for his company and some money and escapes to the future. To Build a Robot!, pencils by Jack Kirby, inks by Christopher Rule. The Man Who Talks to the Stars, art by John Forte. Xom! The Menace From Outer Space!, art by Joe Sinnott.
Artists Information