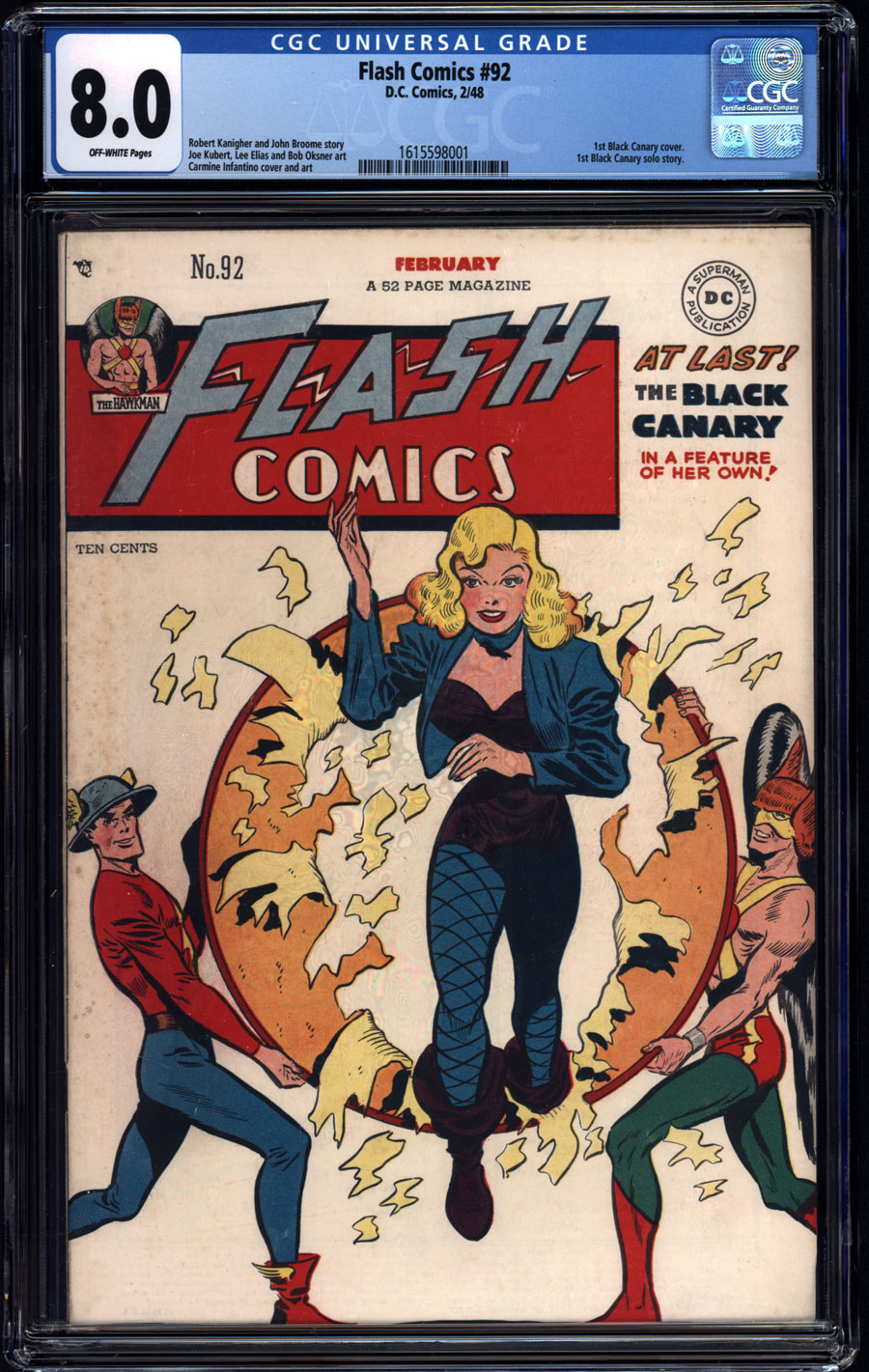 Watch
off white pgs
classic Infantino cover; 1st solo Black Canary + 1st Black Canary cover (2/48)Black Canary has never been hotter since appearing on the new Arrow TV series, and this book is one of the most important in the history of the character, seeing as how this is the heroine's first cover apperance and first solo adventure. Beginning life as a mere mortal with hand-to-hand combat skills and a penchant for undercover investigating, the Black Canary would go on to deveop a "canary cry" capable of incapacitiating foes and shattering objects, the character would go through several permutations before joining the Arrowverse, bringing heat to this valuable and collectible issue.