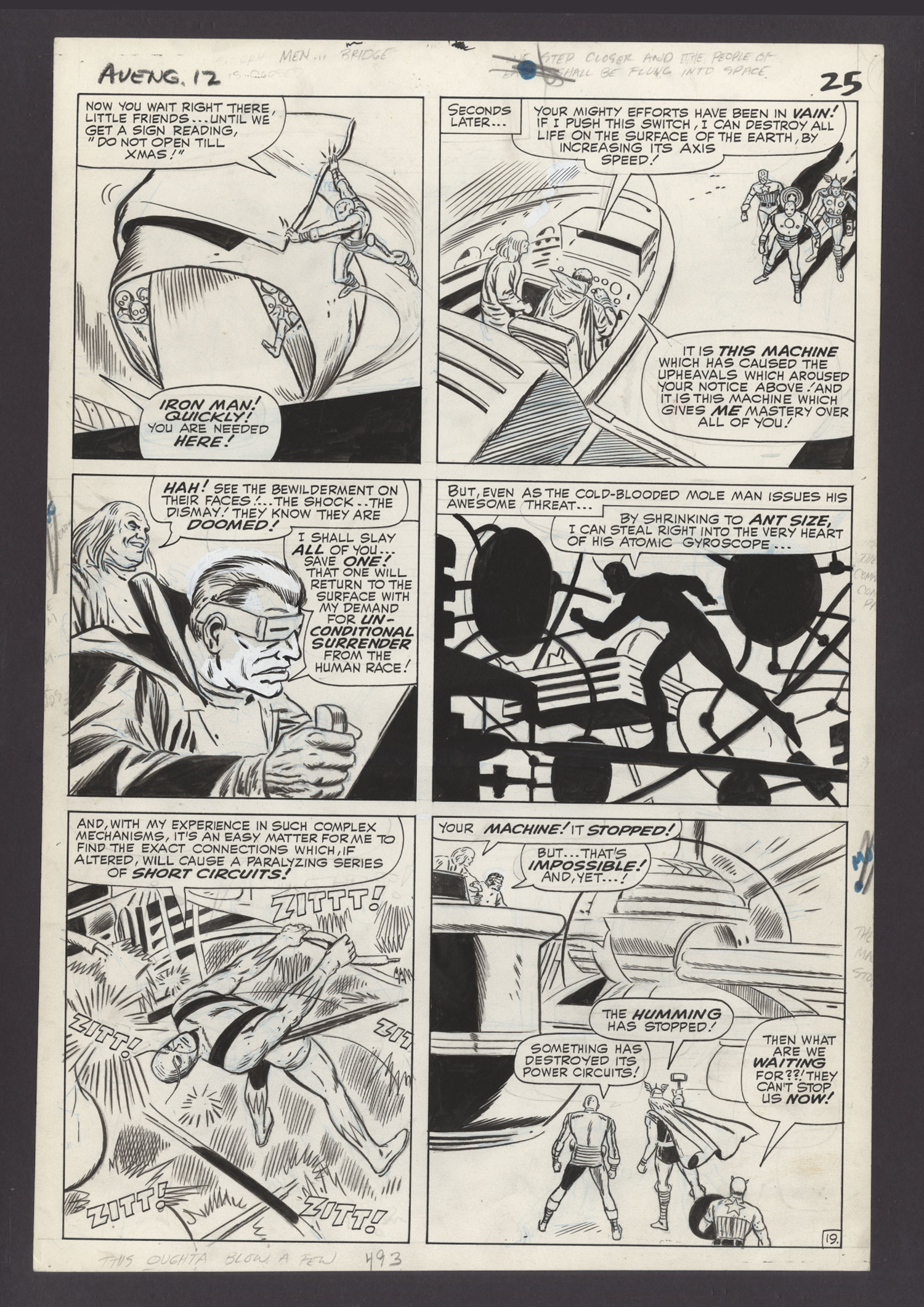 Watch
Pg. 19; Don Heck pencils, Dick Ayers inks; image size 13.5" x 20"Battling the Mole Man was a rite of passage for the heroes of Marvel's Silver Age and this time it's the Avengers' turn to fight the foe from down below. A particular panel of note on this page gives us a silhouette of the bite-size hero, Ant-Man, inside the mechanics of Mole Man's evil machine. Fans of Paul Rudd's silver screen performances note the method is exactly how the mini-Avenger foiled both the Falcon and Iron Man. Recently, original art collectors got hip to the creative duo of Don Heck and Dick Ayers, as auction prices for their work have risen steadily. With values for Kirby art in the reaches of the beyond for some collectors, Heck and Ayers do a damn fine job of it for the price.
Artists Information