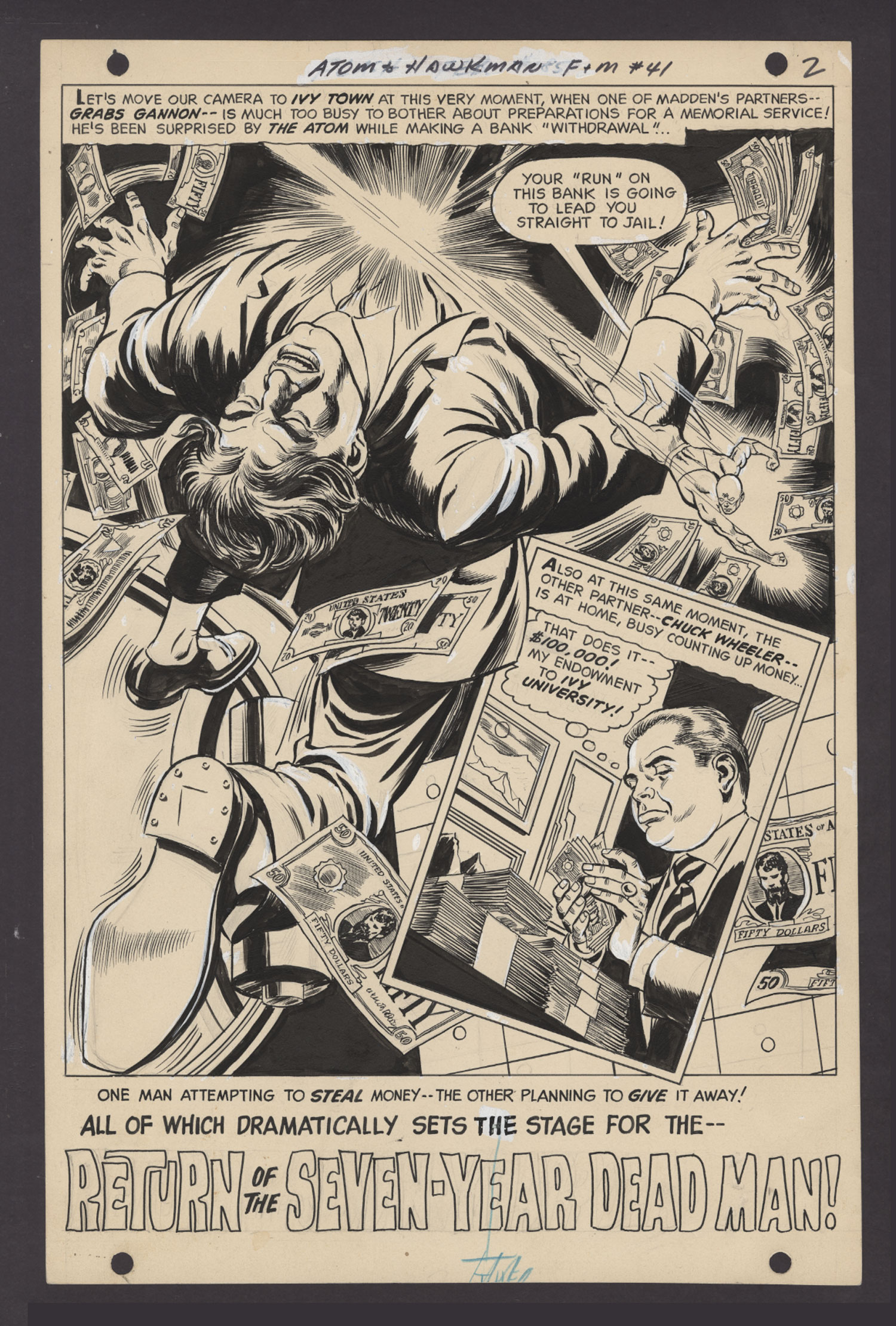 Watch
Pg. 2; Dick Dillin pencils, Sid Greene inks; image size 10" x 15"There's eye candy galore, every square inch of the page is filled with little details, this Dick Dillon and Sid Greene collaboration kickstarts the story "Return of the Seven Year Dead Man," the tale of a gangster with amnesia who suddenly regains his memory after reading his own death announcement in a newspaper. He recalls a pact with his former partners in crime and decides to return to Ivy City to attend his own funeral, surprising his old pals.


Which brings us to this full-page splash that comes to us, not from page one, but from page two, and it's a genuine cornucopia of action. The reader is brought in mid-skirmish as the Atom biffs, bangs, and pows a bank robber for a loop with a tiny, but atom-packed right cross. In addition, we see a side panel of a reformed gangster, preparing his money as a handsome endowment to Ivy University. Interiors like this one we proudly bring to auction set the audience up for page turning thrills. How do all these characters intersect? Read on, read on.