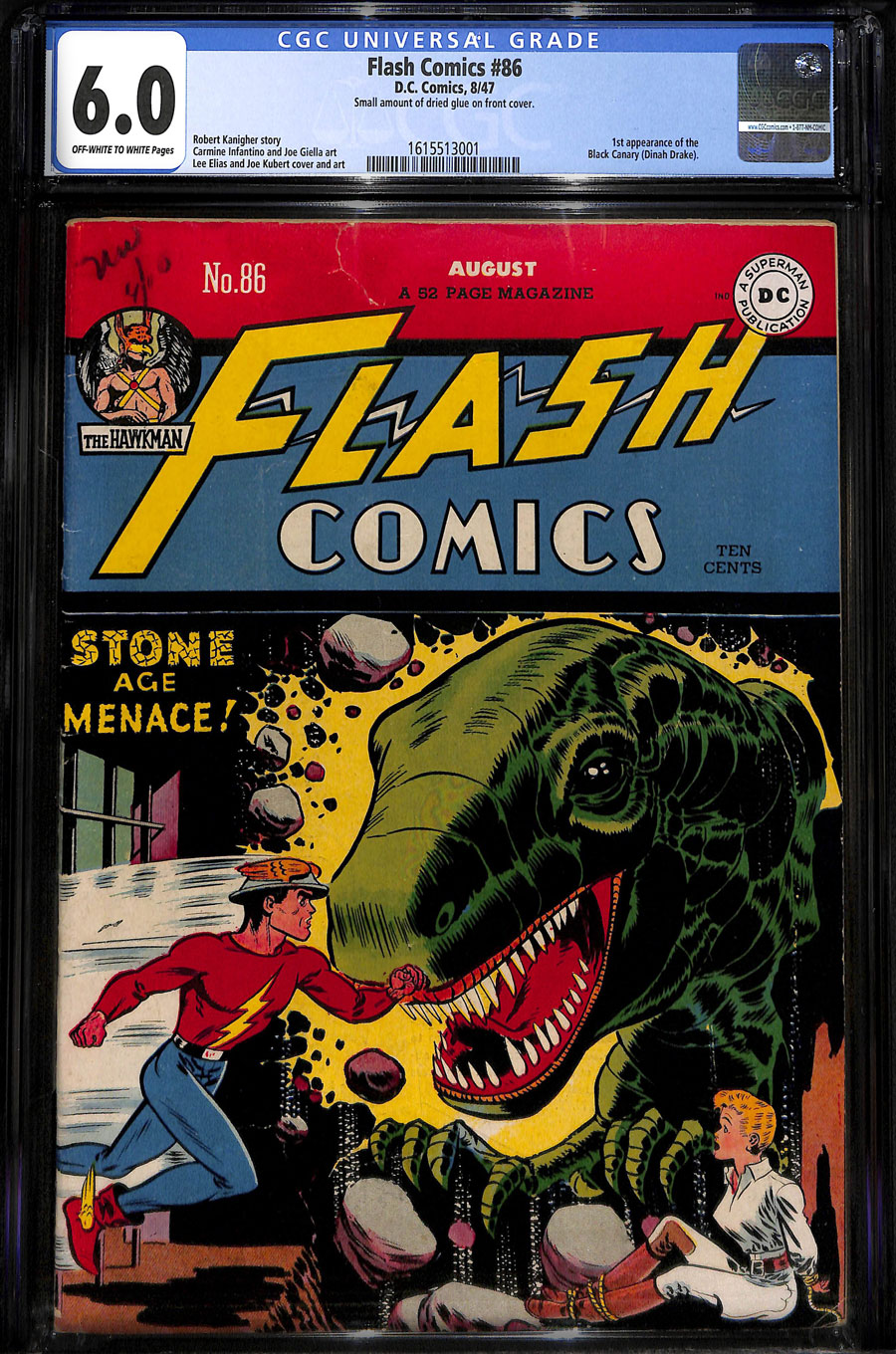 $11,312
Sold For
35
Bids
This auction has ended.
PUBLISHER: DC
COMMENTS: ow/white pgs; sm amt of dried glue on fc
Joe Kubert cover/art; 1st app. of the Black Canary; dinosaur bondage cvr
Read Description ▼
Sell One Of These Inquire About This

Watch
ow/white pgs; sm amt of dried glue on fc
Joe Kubert cover/art; 1st app. of the Black Canary; dinosaur bondage cvrWhen Robert Kanigher and Carmine Infantino created Black Canary, who made her debut in this very issue, they probably didn't expect the character to become a long-lasting heroine in the DC lexicon, but, over seventy years later, she continues to be a popular character, and one of the first female heroes to appear in the publisher's output. Did we happen to mention the super-cool Lee Elias dinosaur cover? Dinosaurs are awesome...